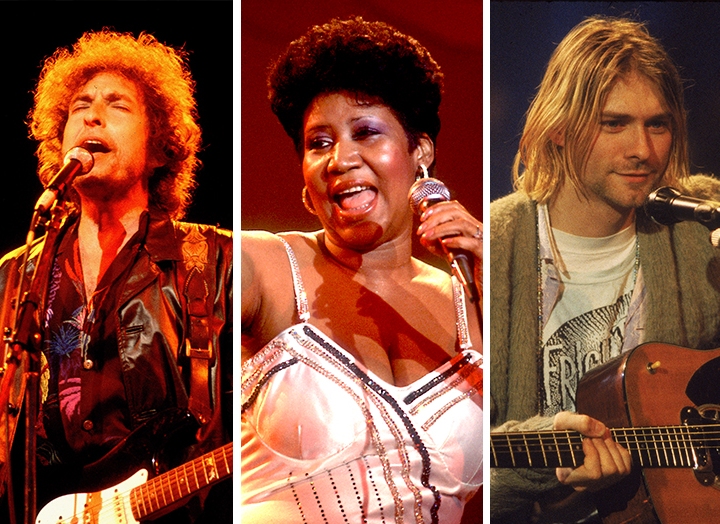 Just a few days ago, TIME released their list of the one hundred most-influential celebrities, and now, we've got another major ranking that has the internet all abuzz.

Last year, Rolling Stone updated their ranking of the 500 greatest albums in honor of the new decade, with Marvin Gaye's What's Going On nabbing the top spot. Now, the publication has revised their list of the ‘500 Greatest Songs of All Time’ for the first time in 17 years, and there's a new person sitting at number one: Aretha Franklin.

While the title had previously been held by Bob Dylan for his hit, “Like a Rolling Stone,” Franklin's iconic smash “Respect” was crowned the best, with the editors writing, “'Respect' catalyzed rock & roll, gospel, and blues to create the model for soul music that artists still look to today.” Fittingly, this new ranking comes on the heels of the new biopic Respect, which traces the life of the superstar (and which we gave a perfect 5-star rating).

﻿Rolling Stone ﻿also wrote, “The song’s unapologetic demands resonated powerfully with the civil rights movement and emergent feminist revolution, fitting for an artist who donated to the Black Panther Party and sang at the funeral of Martin Luther King Jr. In her 1999 memoir, Franklin wrote that the song reflected 'the need of the average man and woman in the street, the businessman, the mother, the fireman, the teacher — everyone wanted respect.' We still do.”

Franklin is in good company on Rolling Stone's list, with Public Enemy taking the number-two spot with “Fight the Power” and Sam Cooke rounding out the top three with “A Change Is Gonna Come.” Bob Dylan moves down to number four with “Like a Rolling Stone,” while Nirvana takes the fifth spot with “Smells Like Teen Spirit.”

The updated ranking also features many new artists that weren't included in the 2003 list, such as Robyn, Kanye West, Lorde and Kendrick Lamar, who all garnered spots in the top 50.

Don't mind us while we replay these classic tunes.

Stay up-to-date on every entertainment news story by subscribing here.