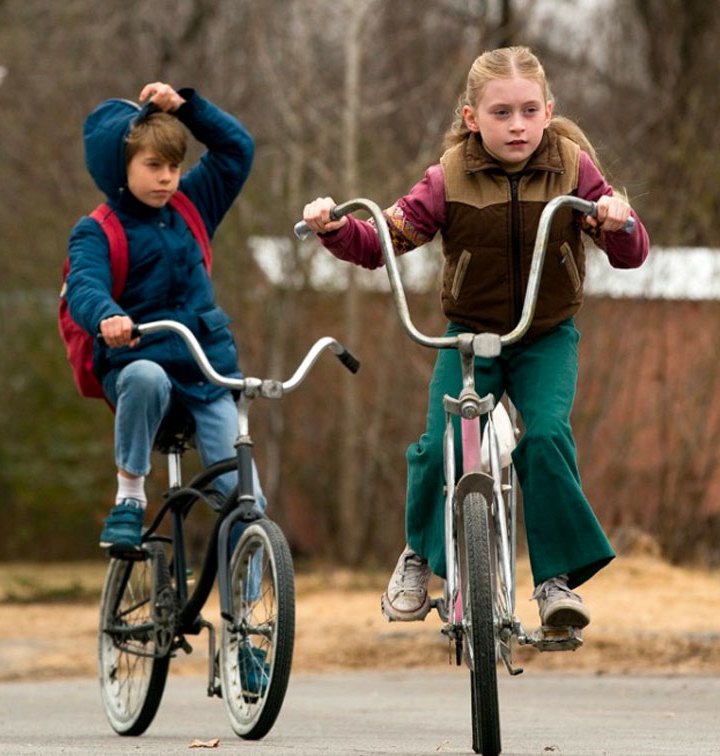 Whether you're all caught up on True Detective season three, or just wanna impress your HBO-obsessed coworkers at the water cooler, look no further.

After bingeing all three episodes last night (which, might I add, is a real joy when the temperature outside is 20 degrees max), I was gobsmacked by the massive similarities between Julie Purcell and the TV show interviewer/director, Elisa Montgomery (played by Alias Grace's Sarah Gadon).

That's when it occurred to me: They could be the same person (or at least related), right? I mean, for all we know, Julie Purcell is still out roaming about. The last we've heard of her is in one of Wayne's flashbacks to the '90s timeline, when Detective Hays learns that Julie's fingerprints were found in Walgreen's (by the cosmetics aisle, which I feel like will come up later on...because what abducted child/teenager needs to roam the makeup aisle instead of asking for help, unless there's something even more sinister beneath it?).

Now, back to the 2015 timeline: The spunky blonde true-crime show interviewer seems to know A LOT about the case, and has followed it closely over the years (hence why she's doing this documentary). She also starts to turn on Hays and becomes accusatory by the end of episode three, "The Big Never." She implies that details and clues of the case, like the fancy brown sedan that was spotted near the spot where the kids may have gone missing, were left out of the files intentionally or due to incompetence...and she seems legitimately mad at Hays for this. Not in a "c'mon old man" kinda way, but in a "you effed up, big time" kinda way. Yikes.

So, why would this documentarian be that upset? Possibly because she IS Julie, and she's angry at Hays for not doing a better job on the case to find her.

Also, just look at the similarities between her features and young Julie's (above). While the timeline of 2015 would make Julie in her 40s now (which seems a bit old for the TV interviewer), couldn't she also be Julie's daughter? If that's the case, then maybe she wants to take revenge on Hays for not finding her mom faster (and for the mental and probably physical pain inflicted on her while she was in captivity).

Nic Pizzolatto, you have the floor.

The Real Star of ‘True Detective’ Is Ronny’s Dog