The Real Star of ‘True Detective' Is Ronny's Dog 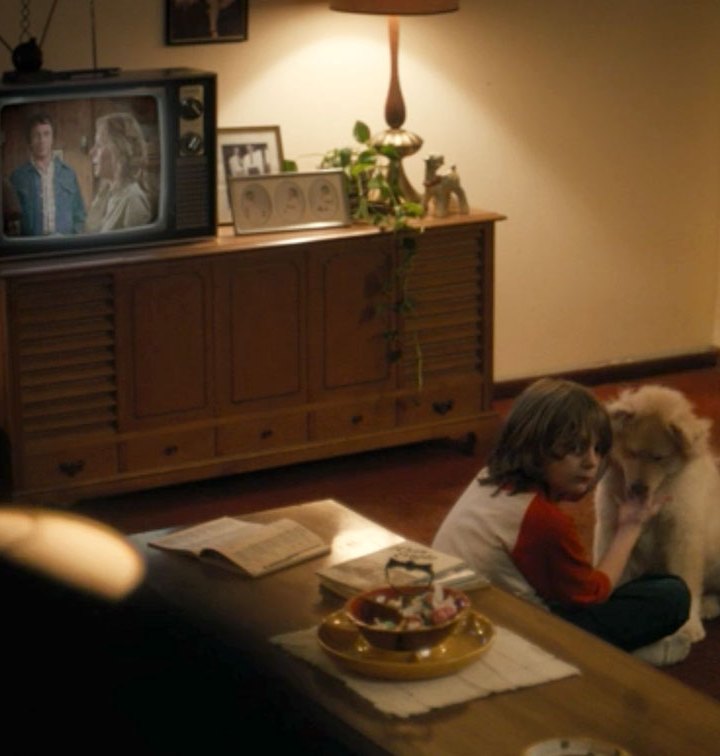 The star-studded cast of True Detective season three is bonkers good. Ali’s soul-searching brown eyes. Ejogo’s silky-smooth intonations. Dorff explaining what “LRRPs” are not once, but twice in just two episodes. (Seriously, his explanation just keeps playing over and over again in my head like a chant. “Long Range Reconnaissance Patrol. Long Range Reconnaissance Patrol…”)

The noisy neighbor dogs were just OK (obviously still 10 out of 10 on the good-boy scale), but Ronny’s new dog is the true artiste.

While we only get a swift glance of the pup (about four seconds, max) as Ronny’s dad questions him about if he saw Will and Julie Purcell (who have gone missing), it was truly my favorite four seconds of episode one, “The Great War and Modern Memory.”

And during his on-screen debut, the puppy is constantly licking Ronny’s hand. Like, so much so that the kid must’ve just eaten one of those craft services sandwiches before the scene started. This puppy cannot get enough. Side note: amazing portrayal of a real dog! Give him an Oscar, people. Or at least a treat.

Which leads us to why Julie and Will went missing. If they had just stuck to their “plan” (the one they told their dad before hopping on their bikes, never to be seen again) and gone to see Ronny’s puppy like they said they were, maybe no one would’ve gotten hurt. Why would they pass up that opportunity?

Who Took Will & Julie in ‘True Detective’? All the Clues from Episodes 1 & 2