We can’t stop staring at this brand-new photo from the set of The Crown season five.

We recently obtained a rare picture of the cast filming the upcoming episodes in Surrey, which is located about an hour outside of London. (The Holiday fans already know this.) This marked one of the first times we’ve seen Elizabeth Debicki and Dominic West as Princess Diana and Prince Charles, and let’s just say the uncanny resemblance didn’t disappoint. 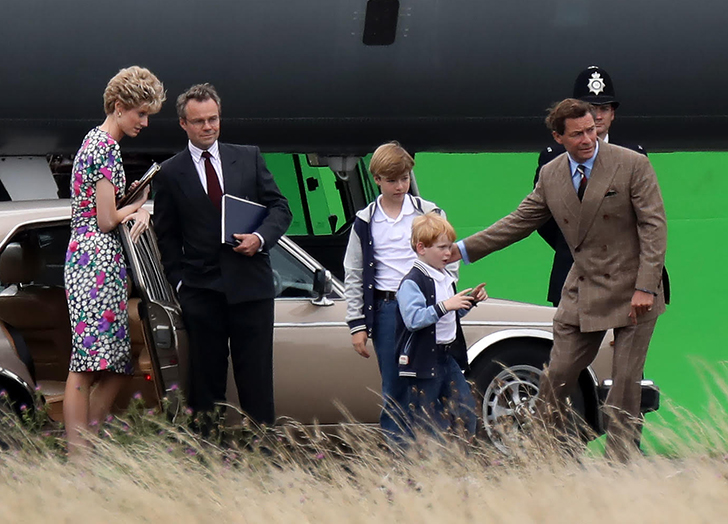 In the photo, Princess Diana and Prince Charles are seen getting out of their car as they prepare to board a private flight. They’re accompanied by their two young sons—Prince William and Prince Harry—who are wearing matching outfits. Speaking of, the costumes and makeup are spot on, including everything from Prince Charles’s floppy hair to Princess Diana’s flattering sense of style.

The Crown season five will pick up right where we left off in the previous installment, with Margaret Thatcher’s resignation in 1990. The new episodes will introduce her successor, John Major, who served as Prime Minister of the U.K. from 1990 to 1997.

This proved to be a pretty scandalous time period for Prince Charles and Princess Diana. Not only did they divorce, but they also endured the aftermath of the Princess of Wales’s controversial book, Diana: Her True Story.

It’s safe to say Netflix has done it again.