Sandra Bullock and Channing Tatum became pretty good friends while filming their new action-comedy, The Lost City. ﻿Since they’ve grown closer, the actress says she would feel awkward watching him in a film that goes by the name of Magic Mike.

You know, the movie where Tatum plays a stripper alongside Matthew McConaughey? Yup, that’s the one. While appearing on the morning show Lorraine, guest co-host Christine Lampard asked The Proposal actress whether or not she was a fan of the movie franchise.

Bullock shared that while she previously enjoyed the film series, she can’t look at it the same anymore. “You know what, I loved it. I loved it a lot! And I loved the second one a lot,” she said, according to The Daily Mail.

The 57-year-old actress motioned to her co-star (who sat beside her) and added, “And now that I know him, I don't know if I’ll be comfortable watching it. It’s gonna be weird because you were someone else.” 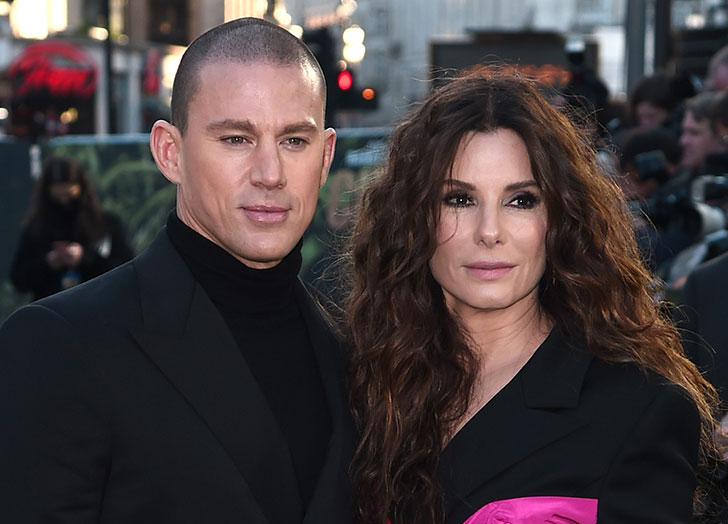 The Bird Box alum went on to share that she had a lot of fun working with Tatum on The Lost City—so much so that she couldn’t stop laughing in between takes.

In an interview with Insider, she recounted a scene between her character, Tatum and Brad Pitt. “There’s a scene where they have to get me to a car. [Tatum] and that other actor—I can never remember his name, he’s got blond hair,” Bullock said, referring to Pitt. “The directors had Channing ad-lib lines to us, and none of his lines were used because I was laughing so hard.”

We'll take a real-life friendship with Channing over watching him in ﻿Magic Mike﻿ any day.