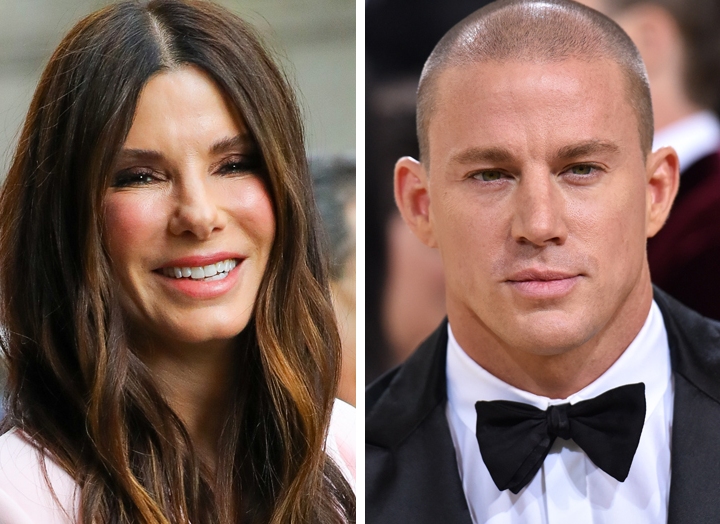 Sandra Bullock and Channing Tatum recently teamed up for their all-new movie, The Lost City, but it wasn’t the first time they crossed paths. In fact, the 57-year-old actress recently revealed that their kids used to be “at each other’s throats.”

Bullock’s youngest child, Laila, went to preschool with Tatum’s daughter, Everly, and at first, they didn’t get along so well, she told ﻿People.

“Channing and I were always getting called by the principal of our school because our daughters were at each other’s throats,” she told the outlet. “It’s not the case anymore, but like one of them was trying to outdo the other one and take the other one down. It was hilarious.”

Even though the staff was “gentle,” Bullock said the parents were “mortified.” When the calls became a regular occurrence, they turned it into an inside joke. “We were always praying it was the other one’s daughter when we were called into the office,” she added.

Bullock confirmed that the rivalry between Laila and Everly has grown into a friendship. They even quarantined together when their parents were filming The Lost City. “It was a lovefest,” she continued. “Just sleepovers, everyone in my bed.”

Bullock clarified that Tatum wasn’t invited to the slumber parties, adding, “It was everyone, not Channing. Just the kids. Channing got the night off—he was off with his buddies.”

Are Laila and Everly the new Thelma and Louise? It seems likely.