If, like us (and Garfield), you’re bemoaning the fact that it’s Monday, then prepare for a little pick-me-up.

Prince Harry attended a royal engagement in Birkenhead, England, today to mark the 100th anniversary of the British poet’s Wilfred Owen’s death and view a new sculpture (that’s not the lighthearted part). It was there he saw a redheaded 4-year-old girl named Eliza Morris holding an orange sign that read, “Gingers unite. I love you Harry.” 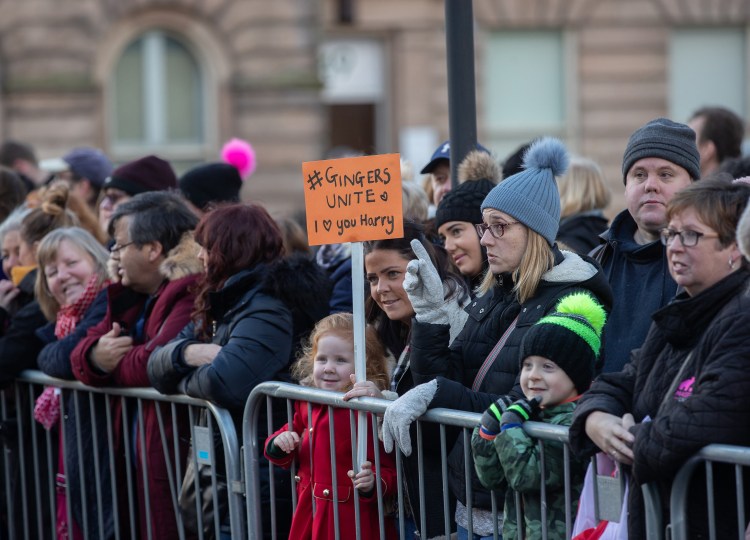 How did the affable red-haired prince react to the sign? 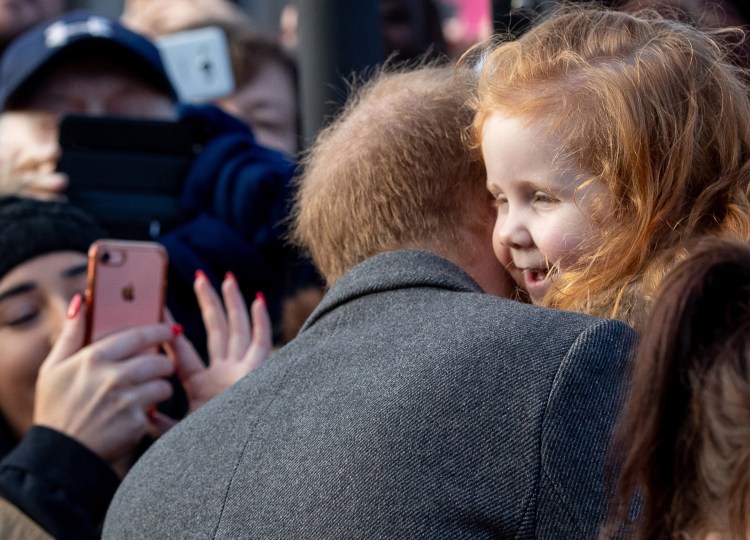 The 34-year-old Duke of Sussex, of course, gave Eliza a big hug and said, “I love this. Do you love your hair? The sign is amazing!”

Fingers crossed Prince Harry and Meghan Markle’s little bump joins the redheaded club too when he or she makes their debut in April.