We finally have details on Meghan Markle’s latest date-night ensemble. But one piece in particular it’s selling out quickly.

ICYMI: Last week, the Duchess of Sussex and her husband, Prince Harry, were spotted with pals Katharine McPhee and David Foster during an outing at Lucky's Steakhouse in Montecito, California. The two couples were celebrating McPhee’s pregnancy news, which she revealed earlier that day.

In pictures captured by The Daily Mail, the Duke and Duchess of Sussex arrived at the restaurant, sporting PPE as they sat down for outdoor dining. For the occasion, Markle opted for a camel-colored sweater, cropped leather pants and a pair of orange heels. She topped off her look with a Club Monaco Reissue Trench coat from the brand’s latest 35th Anniversary Capsule Collection.

The collection is exclusively available in Club Monaco North America stores and on ClubMonaco.com, per a press release.

According to the website, the stylish coat features a notched lapel, double-breasted button closures, pockets at the hip, a buckled belt with belt loops, a drop-shoulder, short sleeves and seamed cuffs. Unfortunately, the mid-length coat is selling out in a variety of sizes, so we recommend acting fast. 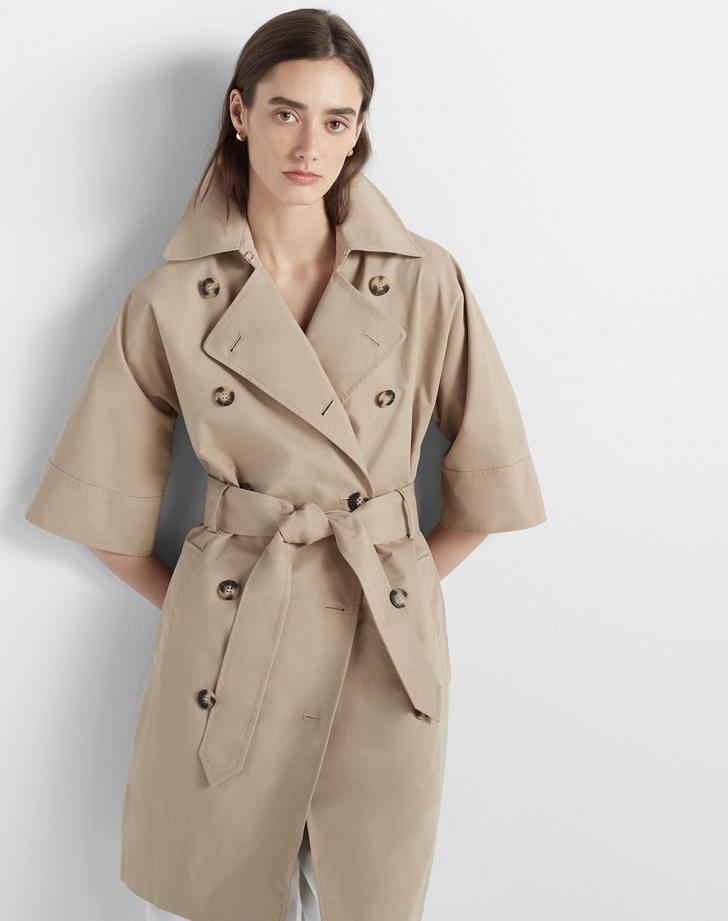 While this is the first time we’ve seen the duchess rock this specific trench, she also owns a hazelnut-colored Sentaler Notch collar wrap coat ($1,795), which she has been seen in on multiple occasions, including at the Wellchild Awards last October.

Suddenly, we’re in the market for a new camel-coat.