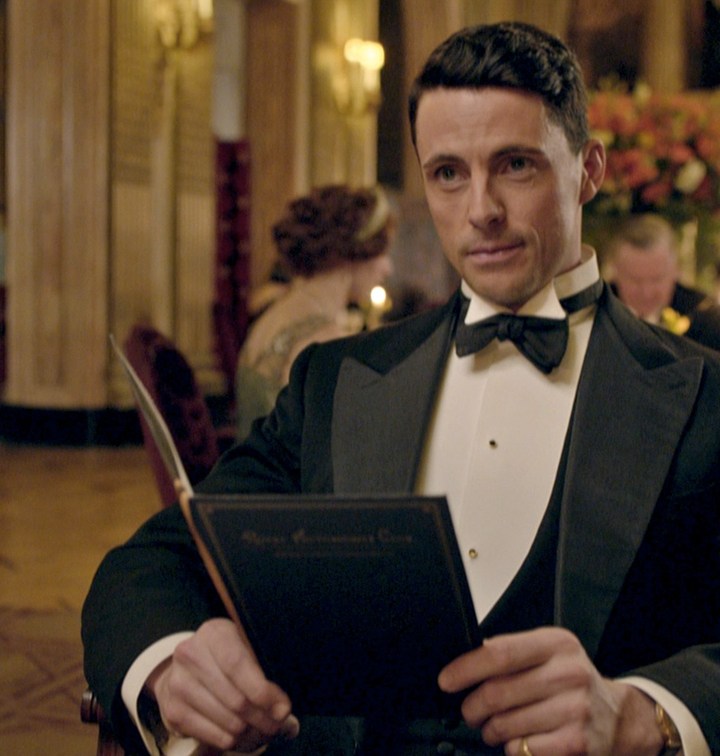 We already know filming for the Downton Abbey movie is officially underway, but now we have even more reason to get excited for the Masterpiece-show-turned-feature-film.

We just received confirmation that Matthew Goode will return to the Crawley estate as Henry Talbot, joining the original cast of Michelle Dockery (Lady Mary), Maggie Smith (Dowager Countess), Joanne Froggatt (Anna Bates), Hugh Bonneville (Lord Grantham) and possibly Dan Stevens (for some Matthew Crawley flashbacks…?). Speaking to Radio Times, the actor said, “I’m just popping in at the end, which is a nice way to do it.”

Although that makes it sound more like a cameo than anything, Goode’s character Talbot was last seen happily married to Lady Mary and starting his own auto shop with Tom Branson (Allen Leech) during the series finale of the PBS show. This would seem to suggest he’d have a pretty major role in the film, but perhaps he and Lady Mary have had a falling out? The actor is keeping busy (he recently starred in season two of The Crown and The Guernsey Literary and Potato Peel Pie Society with fellow Downton Abbey cast members), which may also be the reason for the shorter appearance.

We’re just glad we get even a glimpse of the handsome Henry Talbot in the upcoming movie. (And we know Lady Mary is a force to be reckoned with, whether or not he’s by her side.)