If you’ve ever wondered where Kelly Ripa hides her chewed gum in between takes of Live with Kelly and Ryan, we have your answer. (And no, it’s not the classic behind-the-ear trick.)

Today, producers shared a candid video on the official Live Instagram Story (screenshot below). In the clip, Ripa shows viewers the secret hiding place for her wad of gum: in a planter. 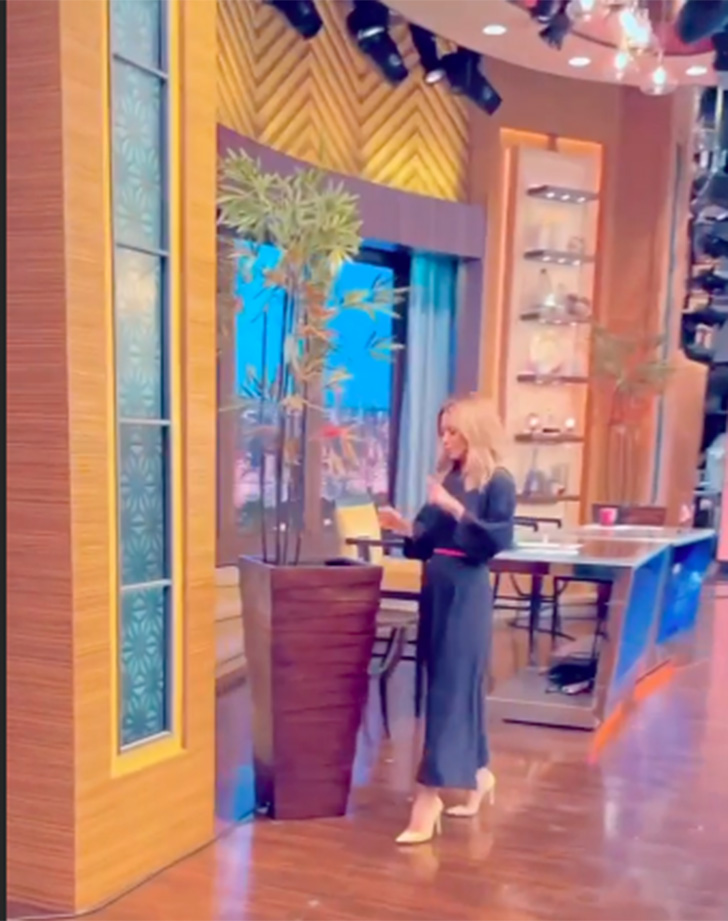 The video features the 50-year-old co-host as she makes her way to set. Prior to sitting down, Ripa walks over to a fake (we hope) planter, hides her chewing gum, looks at the camera and shrugs.

The post comes just a few months after Live resumed normal production in the studio. (Ripa and her co-host, Ryan Seacrest, were hosting virtual segments from their own homes due to the coronavirus pandemic.) Of course, the new system does have its flaws.

For example, Seacrest’s hand kept disappearing during the premiere episode because he wasn’t actually sitting next to Ripa. Instead, he was six feet away, and producers later edited the footage to make it seem like they’re side by side.

Not to mention, Ripa was forced to host Live alone for a short period of time. Since production is following strict social distancing protocol, Seacrest wasn’t able to return to set until he could produce a negative COVID-19 test result.

We’re fairly confident we can say: No plants were harmed in the filming of this episode.