First, Katie Holmes stepped out in a fancy sweatpants ensemble alongside her boyfriend, Emilio Vitolo Jr. And now, the Dawson’s Creek alum, 41, is continuing her PDA tour with yet another outing.

Yesterday, Holmes was spotted on a daytime date in New York City with her new beau. It’s not quite clear where they went, but it seems they stopped at a few stores before returning to the actress’s penthouse. 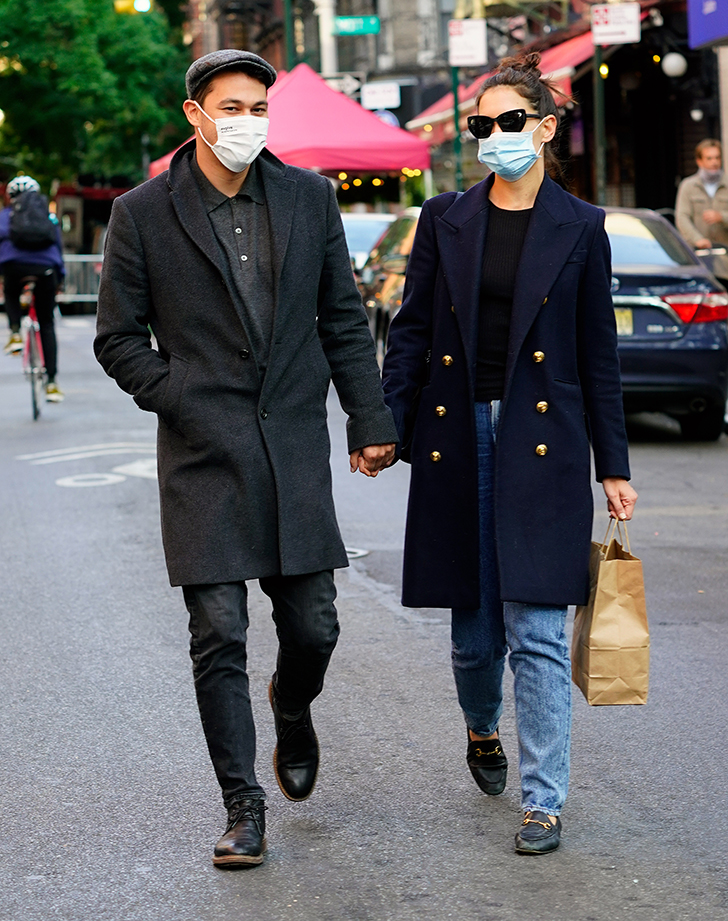 Although Holmes has kept her relationship on the DL, that didn’t stop her from showing affection with Vitolo in front of paparazzi. The pair were seen linking arms and holding hands as they walked along the street, which is a rare sight for the typically private couple.

During the outing, Holmes wore loafers, a black T-shirt and jeans. She accessorized the outfit with sunglasses, her Medium Bubble Notte bag by SHARKCHASER and a face mask (natch). 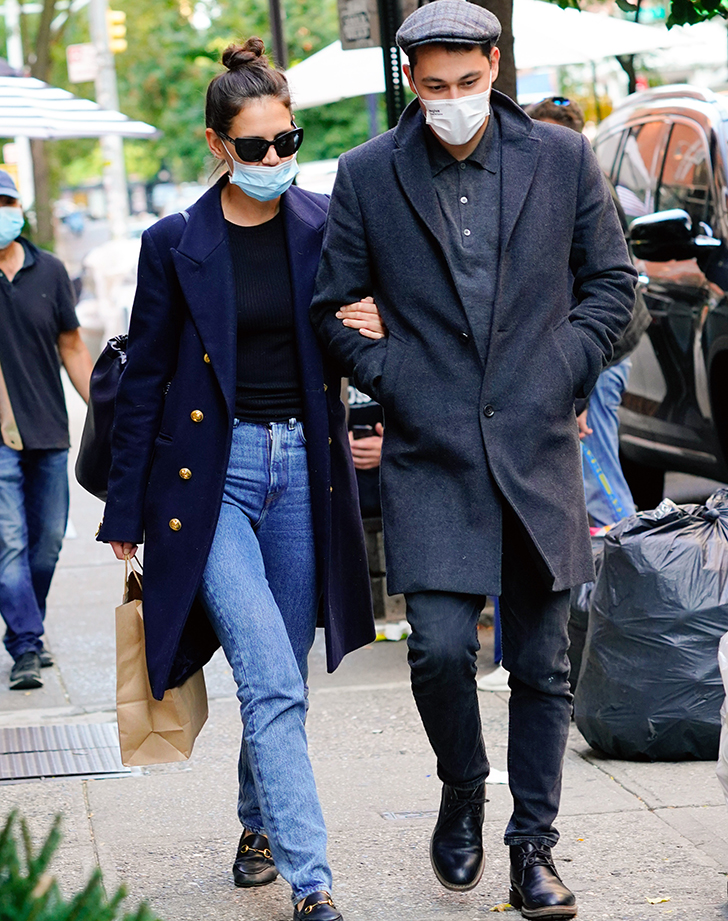 This isn’t the first time Holmes and Vitolo were spotted out in public. In fact, that’s how fans originally discovered her new boyfriend. Due to the coronavirus, it’s hard to pinpoint exactly when they started dating. But if we had to guess, we’d say they became exclusive earlier this year.

Vitolo is widely known for being an Italian-Peruvian chef. Not only does he helm his dad’s star-studded NYC restaurant, Emilio’s Ballato, but he’s also cooked for celebrities like Whoopi Goldberg, Rihanna, Justin Bieber, Bradley Cooper, Lenny Kravitz and—you guessed it—Holmes.

*Sniff, sniff* Is that a future engagement we smell?