Kate Middleton Reportedly Thinks That, of Her 3 Children, *This* One Looks the Most Like Her

There are a lot of strong genes at work in the royal family, so much so that if you looked at a picture of Queen Elizabeth from her childhood and compared it to a pic of 7-year-old Princess Charlotte, you might not be able to tell the difference. But while there are many resemblances within the royals, we're curious to know which of Kate Middleton's kids looks the most like her.

In the past, we've noted that Princess Charlotte bears a striking similarity to her dad, while the Duke and Duchess of Cambridge's eldest child, Prince George, 9, is practically the duke's doppelgänger. So, it makes sense then that 4-year-old Prince Louis is Middleton's greatest lookalike.

A friend of the duchess recently told ﻿PEOPLE﻿, “Everyone always comments on how Louis is the spitting image of Kate.” They added, “She loves it and thinks it's very sweet—she often jokes that he's the only one of her kids who actually looks like her.” 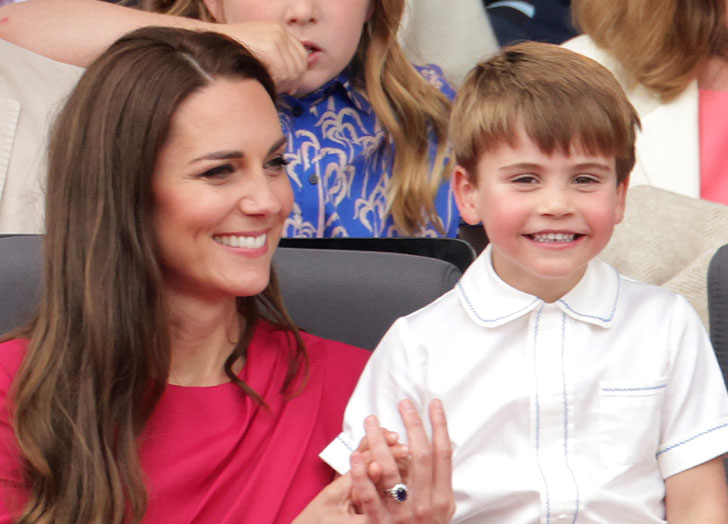 We actually previously noted the resemblance between Prince Louis and his mother back in the summer of 2020, when the Duke and Duchess of Cambridge shared a series of photos to their joint Instagram account in honor of Father's Day (as seen below).

While the first photo saw Prince William smiling alongside his dad, Prince Charles, the second showed a young Middleton (who couldn't be older than 10 in the photo), sitting on the knee of her father, Michael Middleton.

Not only did Middleton and Prince Louis rock the same dirty blonde hair as young kids, but they also shared a similar smile, eye shape and had the same rounded cheeks.

We're glad that Kate apparently agrees with us, because there's no denying Prince Louis is her spitting image.

Prince Louis Is Growing Up So Fast, According to Mom Kate Middleton