If You Haven’t Watched Mindy Kaling’s ‘Four Weddings and a Funeral’ Yet, You Really Should

If you’re like us, then you love indulging in the occasional rom-com. The meet-cute! The inevitable moment where some unforeseen circumstance keeps the couple apart! The reconciliation and happily ever after ending! We can all agree these types of movies are soothing to the soul. That’s why when Mindy Kaling announced she was co-creating a Four Weddings and a Funeral miniseries at Hulu that was inspired by the classic 1994 film, we were seriously excited.

The show premiered on July 31 and now makes us look forward to Wednesdays (when new episodes drop) even more. Here are four reasons why. 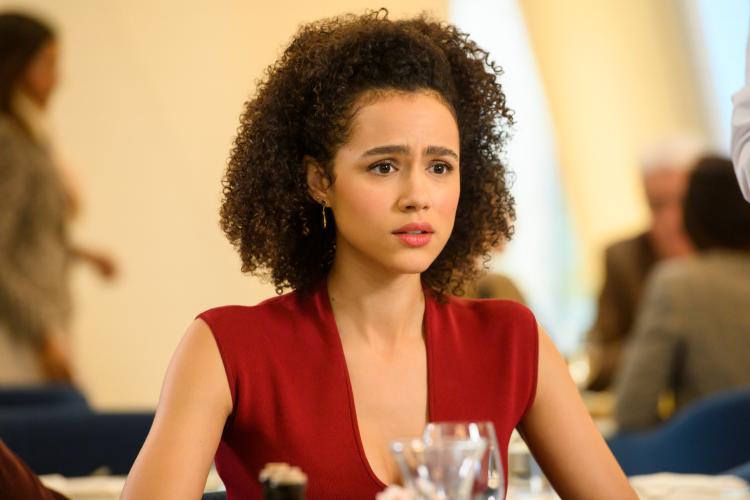 We see Game of Thrones star Nathalie Emmanuel, who played Missandei on the series, in a completely different light as a political speech writer in a complicated romantic relationship. Brandon Mychal Smith (Get on Up) and Nikesh Patel (Indian Summers) play successful financial advisors (Craig and Kash, respectively) whose friendship suffers some growing pains after an unexpected turn of events. John Reynolds (Stranger Things) is Duffy, an affable, John Hughes-ian teacher and aspiring novelist, whose unrequited love is basically killing him. Blood Oil star Rebecca Rittenhouse plays Ainsley, a privileged interior designer with truly killer style. More on that later.

Each actor is uniquely fit for their role and doesn’t adhere to the traditional rom-com archetypes. And their chemistry? It’s like they’re all actually friends. Oh, did we mention there’s a larger, equally as diverse, B-cast who excels at one-liners and Meghan Markle references? 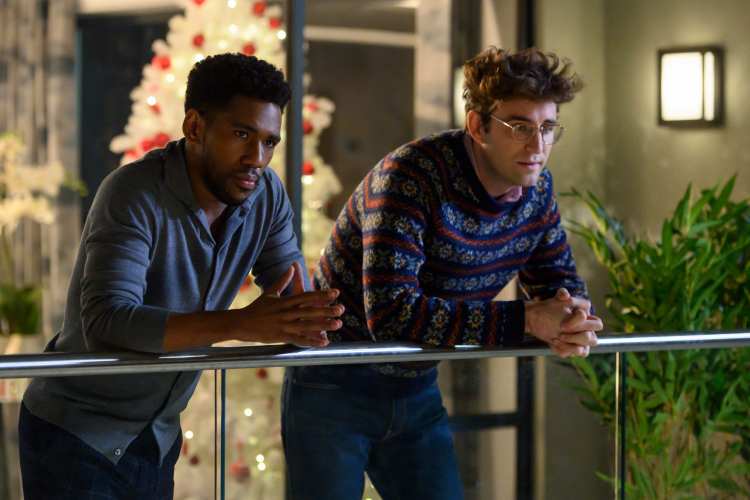 Four friends from college, Maya (Emmanuel), Ainsley, Craig and Duffy, are at intersecting times in their lives. All but Maya reside in London, although they’re each American. At the risk of revealing too much, the show centers on four weddings and a funeral (hence the title). Kaling and co-creator Matt Warburton did a wonderful job of false-teases about whom these weddings might transpire between and who will meet an untimely fate. It’s a game that keeps the viewer guessing.

Although it’s a rom-com, the series also touches on race, gender bias, cultural differences and classism. It’s just as thought provoking as an episode of The Daily, but soothing like a Real Housewives marathon. 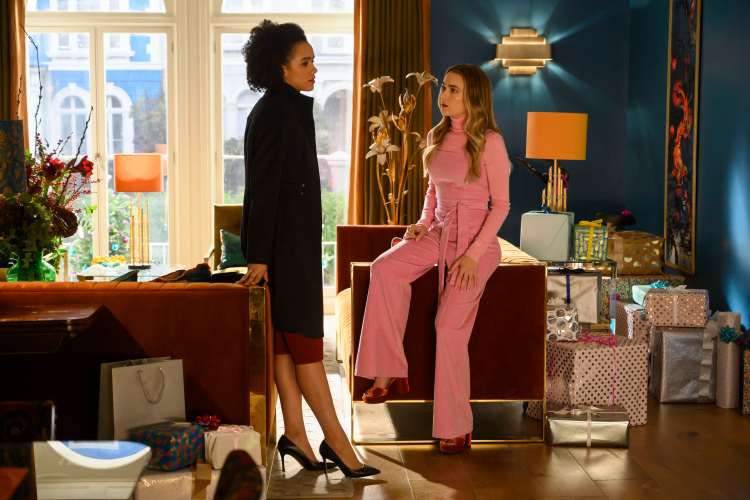 With the serious stuff out of the way, it’s time we talk about the clothes. Each character dresses well, but Ainsley is basically the new version of Serena van der Woodsen (aka total TV fashion icon). She wears pink power suits, colored fur jackets and perfectly coiffed loose boho waves in a way that makes us want to rethink our all-black wardrobe. The show is worth watching for her outfits alone.

We’d also be remiss not to mention the subtle thread of classism as it’s communicated through dress. Craig’s girlfriend Zara (Sophia La Porta), for instance, laments that his friends think she’s “tacky” while she wears a faux Heart of the Sea necklace and red bustier top…as just, like, a normal outfit. It’s divine. Meanwhile, Gemma (Zoe Boyle) bristles at the differences between old and new money in her luxurious basics. 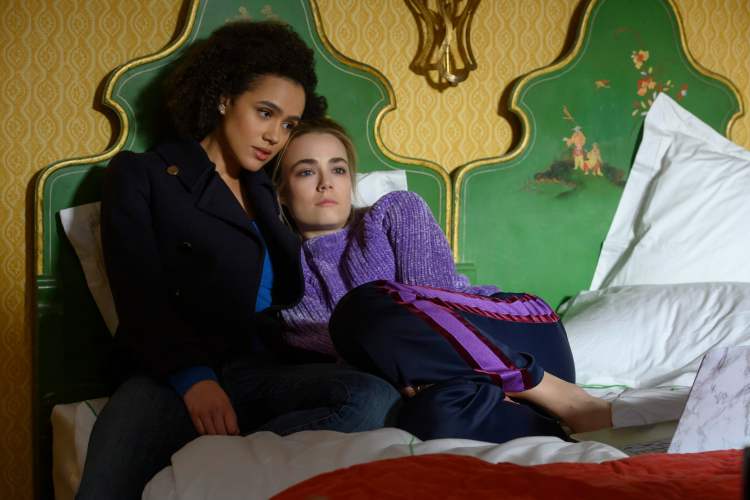 Like her fashion, Ainsley’s home décor instincts are fabulous. Envision a jewel tone and velvet living room and with geometric wallpaper. Basically, it’s perfect fodder for a Pinterest board.

Those with more traditional tastes, needn’t look further than Gemma’s house, which very much reminds us of a Hamptons abode with a British twist.

RELATED My Dog & I Got Invited to See Milo Ventimiglia’s New Movie in Theaters. It Went Exactly as Expected