Colin Lawrence just proved that he’s capable of wearing many hats, both on-screen and off-screen.

This week, the Virgin River star, 51, offered a rare glimpse into his life as an actor by sharing pics from an old headshot photoshoot. Lawrence posted a slideshow of four images that each feature a different “look.”

In the first photo, Lawrence is wearing a casual black jacket and holding his hands in front of his face. While the second is a suit-clad photo, the last two make the Virgin River star look like a wannabe jazz singer and paper boy.

Fans immediately voiced their approval in the comments section. One person wrote, “Such fantastic photos Colin!!!” Someone added, “So bloody handsome [fire emojis].” Another said what we’re all thinking: “You have the most beautiful eyes!!!!”

Of course, the fun didn’t stop there. Lawrence followed up with another photo dump—but this time, it was featured on his Instagram Story (screenshot below). 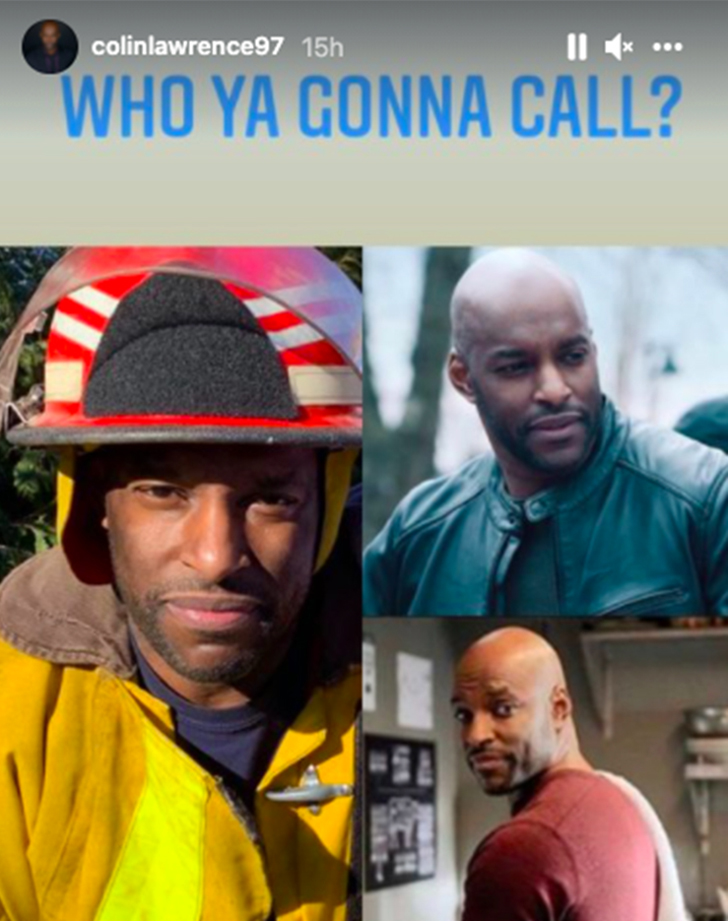 The collage includes three different photos, showing the actor dressed as a fireman, a detective and a chef. Lawrence is joking about his many on-screen talents, since the pics are taken from past TV roles.

“Who ya gonna call?” he wrote. And then added, “Fireman Detective Chef.”

Who are we going to call? Ghostbusters Preacher.