Is Bobby Flay Really Leaving the Food Network? Here’s What We Know 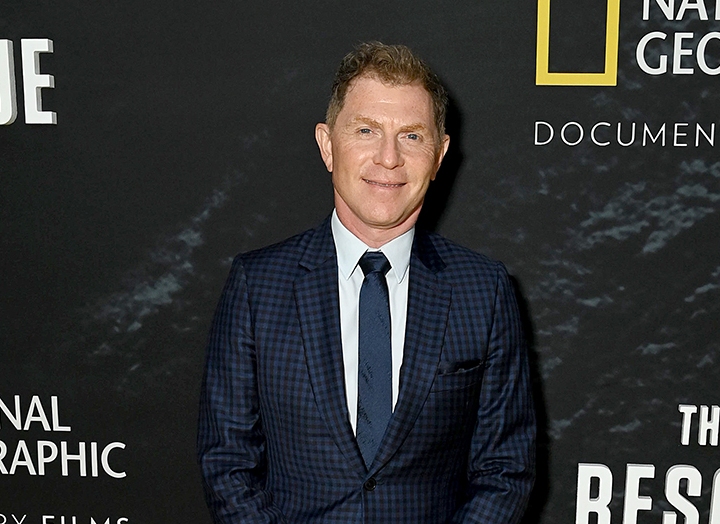 Bobby Flay’s days in the Food Network kitchen are coming to an end. According to a new Variety report, the world-renowned chef has decided to part ways with the TV network after 27 years together.

Per the outlet, Flay’s current contract with Food Network is set to expire at the end of the year, and the parties have been negotiating a possible new deal “for some time.” However, sources involved revealed that it was the network’s decision to put an end to such negotiations. (It’s important to note, that Flay has yet to publicly comment on the news, so we’re taking this with a grain of salt.)

As we mentioned above, the 56-year-old has been a staple on the network for almost three decades. He’s worked on projects like Beat Bobby Flay, Brunch at Bobby's, The Flay List, Grillin' and Chillin', The Next Food Network Star, Worst Cooks in America, Chopped and more.

If true, the news shouldn’t come as a complete shock, considering Flay has opened up about difficulties with projects like Iron Chef (which he quit back in 2018). “I've done over 100 Iron Chef competitions, and frankly they are exhausting. They are exhausting physically but, even more so, they are exhausting emotionally.” Flay previously said in an interview. "When I do a season, I do between 6 and 8 [battles] in a week and it crushes me because it's 60 minutes of pure energy, creativity and execution. And so at some point, I was like, ‘I've been doing this for a long time and I want to go out on a high note.”

With all of this free time, we can’t wait to see what he does next. Cookbook number 16, perhaps?

RELATEDOur First Cookbook Is Here (And You Can Choose the Cover)