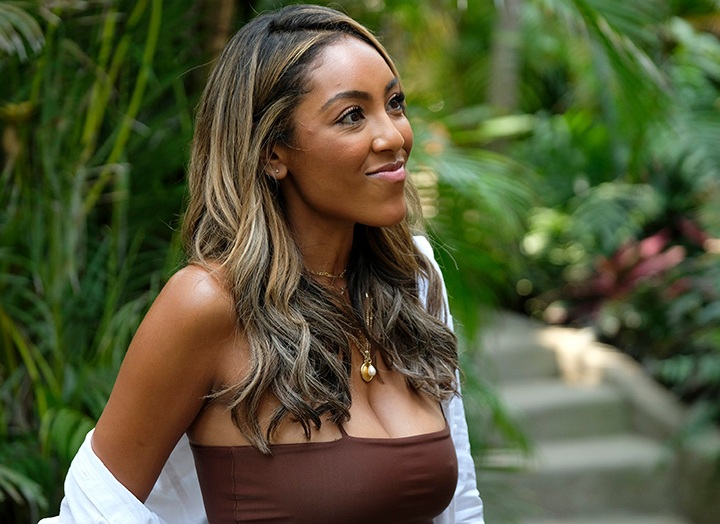 On tonight’s episode of The Bachelorette, ABC finally gave us what we’ve been waiting for: Clare Crawley’s replacement, Tayshia Adams. While fans are thrilled about the last-minute switcheroo, we’re not entirely convinced the season will get much better.

Yes, Adams seems like a much more suitable lead. However, the odds are stacked against her, and there’s nothing she can do about it. So, why is Adams at a disadvantage on The Bachelorette?

First of all, she’s going to have significantly less time with the contestants. The season was already rushed due to COVID-19. Now that Adams is coming in on week four, her time with the men is going to be limited. We’re not saying she can’t fall in love in a matter of days, but it was already pushing it to begin with.

Second, the contestants aren’t in the right head space. They were completed blindsided by Crawley’s announcement, and even though Adams is an amazing option, she’s not who they’ve been thinking about for the past few weeks. It takes time to get over someone, even if it’s only a crush. While some of the contestants may act like they can switch gears on command, it’s likely just that…an act.

And lastly, Adams wasn’t expecting to be in this position. A few days before she received the call from ABC, she was probably living her best quarantine life. Is she single? Yes. Does she want to settle down and find someone? Yes. But is she ready to get engaged in a month’s time? It’s unlikely she’s in the right head space either.

In all seriousness, we really hope Adams proves us wrong. The Bachelorette returns next Tuesday, November 10, at 8 p.m. on ABC.