Well, it’s finally here, folks. The moment we’ve all been waiting for. You know, when Clare Crawley leaves The Bachelorette for Dale Moss, forcing ABC to replace her with Tayshia Adams.

Keep reading for everything you need to know about season 16, episode four of The Bachelorette (including details on why Adams is a blessing in disguise). 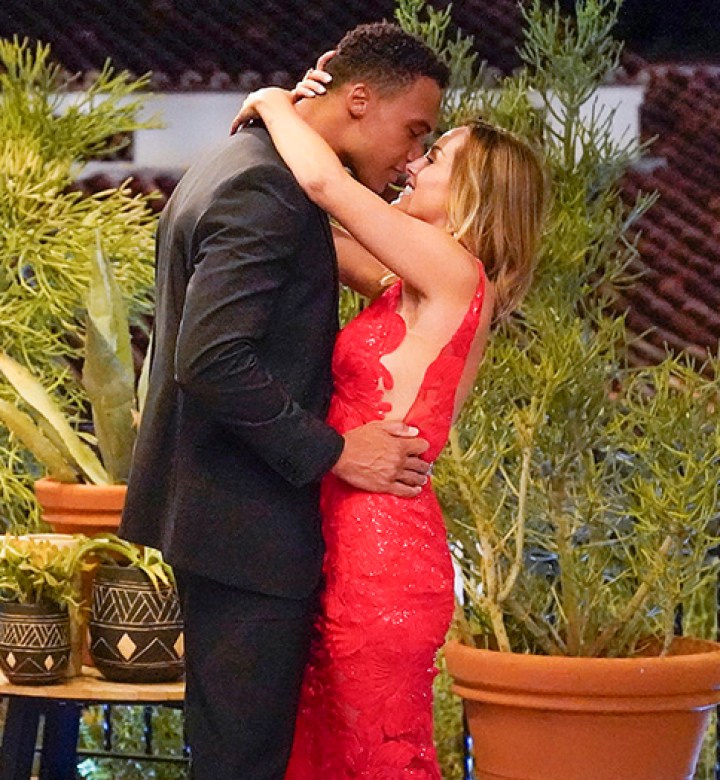 The episode picks up right where we left off in episode three, with Chris Harrison surprising Crawley in her suite. He says the show “can’t continue” as it is, explaining that Crawley needs to make a decision about whether she wants to pursue 15+ men…or just Dale.

She says, “I’m totally head over heels for Dale.” Right on cue, Crawley denies having talked to Dale before production began. Although she agrees to “quit” The Bachelorette, Harrison doesn’t tell the contestants right away. Instead, the host cancels the cocktail party, tells everyone he’ll see them tomorrow and then grabs Dale for exclusive one-on-one time with Crawley. (WTF?)

Later that night, Crawley sits down for dinner with Dale and confesses her love for him. He returns the favor. The next step (according to Harrison): engagement. Barf.

Just then, Dale proposes to Crawley before accepting the “final” rose.

As for the contestants, they take the news as well as you’d expect. They stare at Crawley before accusing her of wasting their time. Harrison tells the remaining contestants that if they decide to stay, their journey isn’t over. The episode concludes with Adams stepping out of the limo.

As much as we hate this drama (because it could have been easily avoided), we can’t help but feel like the producers saved the season by bringing in Adams. At the rate it was going, Crawley was bound to make everyone—we repeat, everyone—loathe the entire Bachelor franchise. From smelling Dale’s pants to giving the rose to herself, the past four episodes have been extremely hard to watch.

If there’s one thing Adams brings to the table, it’s a fresh energy that was missing from the beginning of season 16. We don’t really care if the season ends in engagement—heck, we’ll be glad if we make it to the finale. All we want is to remember why we’ve enjoyed watching The Bachelorette ever since Trista Rehn graced our TV screens 17 years ago.

Can Adams do that for us? We really hope so. The Bachelorette returns next Tuesday, November 10, at 8 p.m. on ABC.