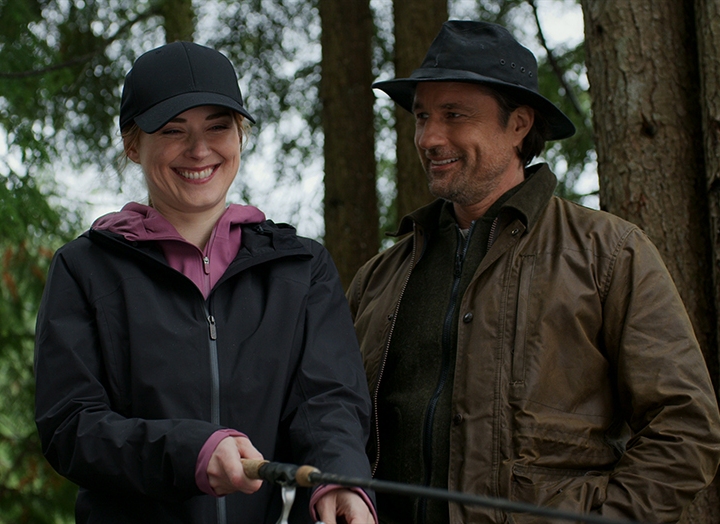 Fans are patiently anxiously waiting for Virgin River season four to premiere on Netflix. In the meantime, Alexandra Breckenridge (Melinda “Mel” Monroe) is sharing details about when the fifth season will begin production, including why she hopes it’s sooner rather than later.

The 39-year-old actress recently hosted an Instagram Live, where she answered burning questions from fans about what’s to come on Virgin River. Breckenridge confirmed that she already wrapped filming on season four, which should premiere later this year. While discussing season five, she admitted that production will likely begin in summer 2022.

﻿“I’m hoping that maybe we’ll start in the summer,” she said, according to Express.

Since Mel’s wardrobe mainly consists of T-shirts and jeans, Breckenridge revealed that cold weather isn’t ideal. She continued, “When you’re standing outside in sandals and little outfits because it’s supposed to be the middle of summer, it’s not [good].”

We’re not opposed to an early start date for Virgin River season five. Especially if the new episodes premiere shortly after.