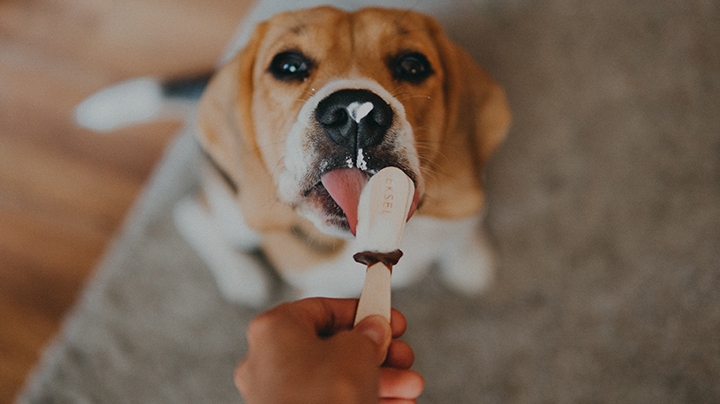 Hands paws down, the best part of summer is indulging in all that ice cream and frozen yogurt. But why should humans have all the fun? Thanks to German grocery store chain Aldi, now your four-legged friend can cool off with a frozen treat, too.

The brand announced that its Heart to Tail Dog Ice Cream will be hitting shelves on June 26, per Delish. The frozen dog treats will retail for $3 and include four individual tubs in two gluten-free varieties: Original and Cheese & Bac’n. We know for a fact that the latter is going to be a hit with furry pals but we're not sure about the original flavor. Is it vanilla? Dog food?

But here's the catch—these canine goodies are part of the store's Aldi Finds. Meaning that they won't be around for long, although the exact time frame varies depending on the product. So if you happen to see Fido's ice cream at a store near you—make sure you stock up!

And dogs aren't the only ones who should be excited for June 26. Everyone's favorite grocery store will also be releasing chocolate-stuffed Belgian waffles that day. The waffles come in a pack of four and retail for $4. These guys will also only be available for a limited time, so don't forget to pick up a bigger basket on your next trip.

You heard it here first—run, don't walk, to your nearest Aldi (and bring your pooch, too).