4 Reasons to Try PrettyLitter, the Cat Litter That Can Tell You If Your Pet Is Sick 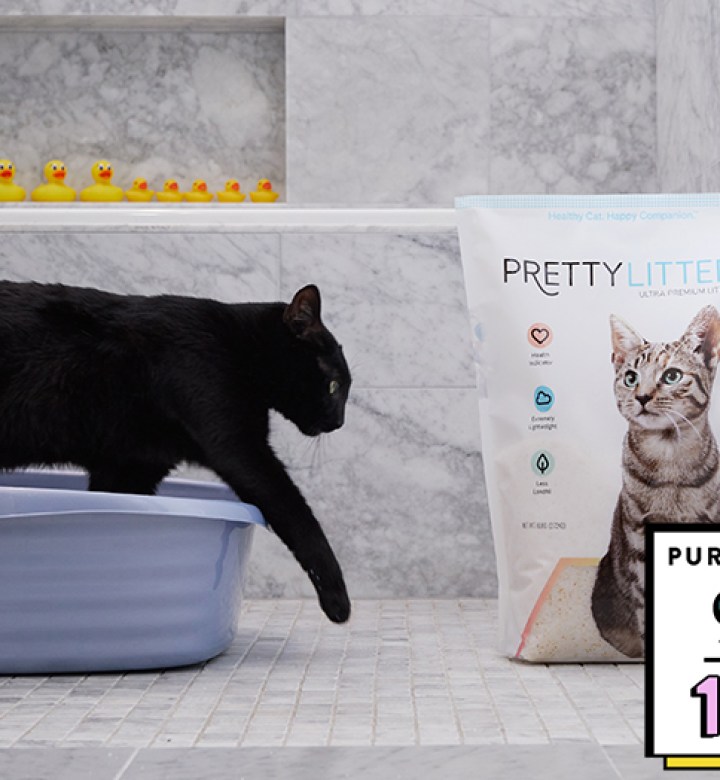 I was skeptical when I first heard about PrettyLitter. The name alone sounded oxymoronic to me—what could be pretty about my cat’s litter box? Well, let me be the first to say that not only is PrettyLitter way easier on the eyes than standard litter, but it’s downright *beautiful* to know even just a little more about my cat’s health. Here are four reasons why this color-changing litter is worth the hype.

The Best Clumping Cat Litter for Your Picky Feline

1. PrettyLitter informs me of my cat’s urine health

Here’s its main claim to fame: PrettyLitter changes color based on the acidity and alkalinity of your cat’s urine. Urine with typical acidity and alkalinity shows up as yellow or green. Orange signals high acidity, which can be a sign of kidney tubular acidosis, metabolic acidosis or calcium oxalate stones. Blue reflects certain types of UTIs and a high pH, which can cause bladder crystals and stones to form over time. Red lets you know there’s blood present, which could mean bladder inflammation, bladder stones or a UTI.

So, if something is awry, the litter might just be able to tip you off before your cat does. This is particularly helpful if you have a senior cat that might not have as drastic a behavior change as a young cat if they were to get sick.

Personally, I assumed I’d only be keeping an eye out for a problem color, but I didn’t realize how good it would feel to consistently see my cat was in the average range. As much as I like to think I can understand her body language and meows, the litter definitely provided some additional peace of mind.

Instead of sand-like material, PrettyLitter is akin to pink Himalayan rock salt. It’s made of lightweight silica gel crystals, which are cleaner and safer for cats than the dusty stuff. Silica gel is a form of common silica, a natural mineral that’s widely used in foods, topical and oral medicines and cosmetics. The crystals are super dry and absorbent, trapping odor and moisture the moment they get wet.

Due to its ingredients, PrettyLitter is also 80 percent lighter than other brands you see on shelves and virtually dust-free. (Anyone else feel like they’re casually deadlifting in public while dragging that hulking box out of the pet store? Just me?) 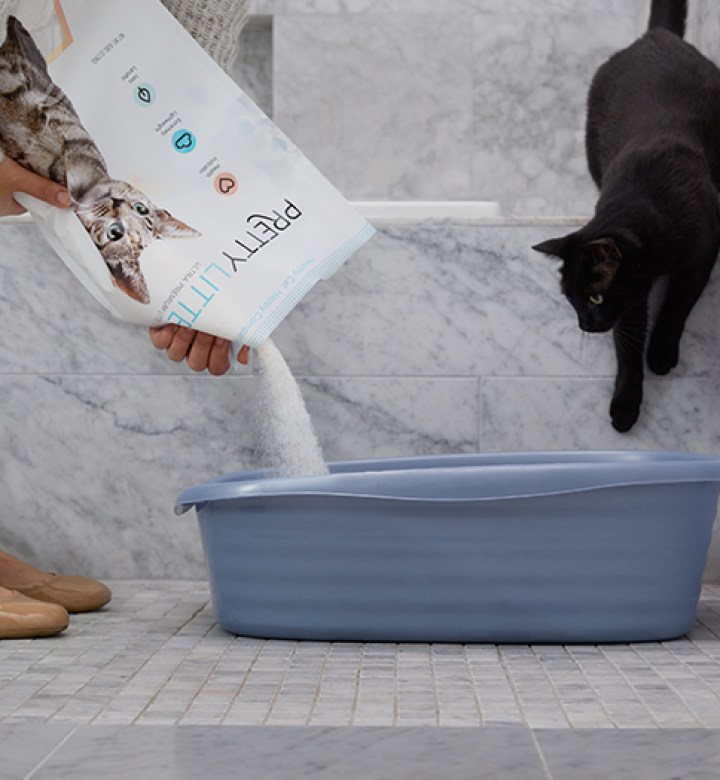 3. Your cat won’t mind the change (most likely)

Because my cat is a certified Good Girl, she took to it right away with no issues or hiccups. She just sniffed around, then waltzed right in to do her business like she owns the place (she does). I weirdly even felt like she wasn’t making as big a mess (read: kicking the litter onto the floor and playing in it) with PrettyLitter as she would with her old litter.

If your cat is on the pickier side, PrettyLitter suggests adding a urine clump and some poop from their old litter to the new; believe it or not, the familiar smell will comfort your kitty. If they’re still suspicious, fill the box three-quarters of the way with PrettyLitter and top it off with your cat’s old litter, so they can mix it themselves as they get more used to it.

4. PrettyLitter is more economical than you think

My initial thoughts: Whatever cat litter Martha Stewart and Elisabeth Moss use is definitely out of my price range. Fortunately, I judged too quickly. Subscriptions for PrettyLitter start at $24 a month, which gets you one bag of litter. A single bag is meant to last one month per cat, as long as you’re scooping diligently every day. Subscriptions for two cats start at $44 a month.

It lasted the whole month for my cat, though I’m not sure I’d let it the second time around. In my experience, the PrettyLitter itself doesn’t have the musty, dusty scent of standard litter (yay!), but it will get stinky faster than standard if you’re not scooping regularly, like if you’re out of town or forget to scoop one day. My best guess is that it’s because PrettyLitter is non-clumping. (Just FYI, you’ll only need to scoop poop with PrettyLitter since the urine won’t clump into giant balls, which saves you litter in the long run.)

On that note, I’d also advise you to scoop alllll the way to the bottom when cleaning the litter box to make sure it all gets regularly rotated. Since the litter doesn’t clump, the urine sinks to where it could pool or cause the litter at the bottom of the box to turn blue and harden over time. (It’ll take some elbow grease to scrape it off once it’s time for a new bag, but not much.) If the litter is oversaturated or blue, that batch is at the end of its life cycle. And if that’s the case, you’d better restock…