What Is Coconut Aminos (And Why Is Everyone Buzzing About the Stuff)? 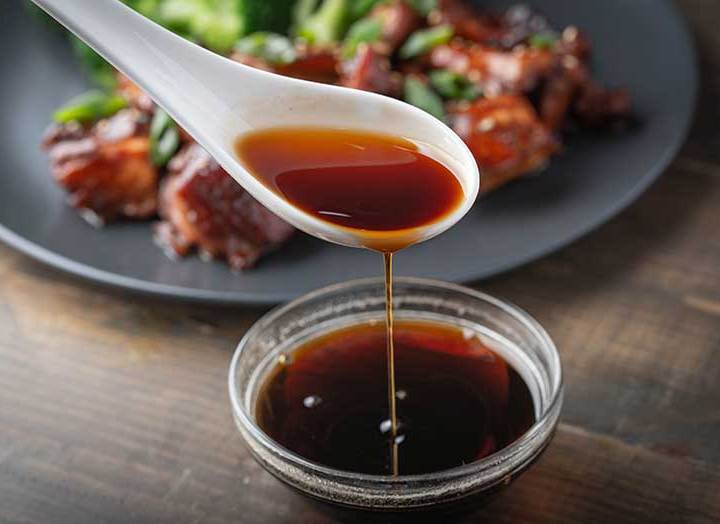 There is no shortage of fad diets giving the good old food pyramid a run for its money, and they all seem to have a habit of singing the praises of some ingredient or another. (Remember when people started putting chia seeds on everything from salad to fro-yo?) Well, this phenomenon might explain why coconut aminos has become an overnight sensation, especially among the Paleo, Whole30 and gluten-free crowd. But it doesn’t answer one very important question: What is coconut aminos, anyway? We did a deep dive to find out more about the mystery ingredient du jour so you can decide whether or not it deserves a place in your pantry.

What Is Coconut Aminos?

While it might sound like something you’d work with in a high school chem class, coconut aminos actually refers to a savory seasoning sauce made from the fermented (and heavily salted) sap of the coconut palm. This special sauce boasts a salty, umami-driven flavor profile with a subtle note of sweetness. Another reason why foodies love it? Because it’s naturally free of both gluten and soy, it’s an obvious choice for those with certain food allergies. In fact, it’s often touted as a healthier alternative to soy sauce (more on that below). But even those who don’t suffer from allergies are gravitating towards this alternative flavor enhancer for its purported health benefits, so naturally, we wanted to know if coconut aminos live up to the health hype.

Fans of this salty-sweet ingredient suggest that it offers many of the same benefits associated with coconut meat, milk and oil, including a positive effect on blood sugar. Supporters also tout it as an alternative to soy sauce because of its lower sodium content and low glycemic index. Finally, there’s been some buzz about coconut aminos providing the body with a rich supply of health-promoting amino acids and nutrients. But are any of these health claims actually true?

According to the research collected by Berkeley Wellness, a science-based health resource run in collaboration with the University of California, Berkeley School of Public Health, there’s some good news and some not-so-good news for anyone considering joining the cult of coconut aminos. The good news is that it does indeed have less sodium than soy sauce: One teaspoon of coconut aminos clocks in 90 milligrams of sodium, whereas the same serving size of regular soy sauce has 290 milligrams of sodium and low sodium soy sauce has 140 milligrams.

That said, the experts caution that 90 milligrams of sodium is really still quite a lot, so the difference isn’t as impressive as it sounds. (FYI: The CDC recommends that healthy adults consume less than 2,300 milligrams of sodium per day, or about the equivalent of one teaspoon of salt.) Furthermore, despite claims made about it being nutrient- and amino acid-rich, coconut aminos provide no protein and the research cited by proponents on the nutritional value of the stuff actually refers to fresh—not fermented or aged—sap. As for the low glycemic index, an attribute known to help with blood sugar regulation in people with diabetes, experts at Berkeley Wellness conclude that this claim is “meaningless, given that the product contains just 1 gram of sugar per teaspoon…[which is] not enough to have a significant effect on blood sugar.”

So what’s the takeaway? The data just doesn’t support the positive claims made about coconut aminos. However, the lower sodium content is a good thing (albeit by a small margin), and there are no known disadvantages of using coconut aminos. So if you have a food sensitivity or are simply curious about the sauce then by all means, give it a try.

How to Use Coconut Aminos

Coconut aminos is favored as a soy sauce replacement by many and, as such, can be used in pretty much the same way. Try using coconut aminos as a 1:1 substitute for soy sauce to give a flavor boost to meat and veggie marinades, salad dressings and stir-frys. Overall, coconut aminos is a versatile cooking ingredient and a palate-pleasing way to mix things up.

Where to Buy Coconut Aminos

Health food stores, both big and small, are a reliable place to find coconut aminos if you want to try it out. You can also save yourself a trip and score yourself a bottle of the stuff online instead—we like this one from Coconut Secret ($12).

Ghee vs. Butter Which Is Better? (And What Is Ghee, Exactly?)