Pancake cereal haunted me for nearly two weeks before I caved into it. I had spent nearly three years pitching viral food videos, blurting out Frankenstein-y concoctions like “Philly Cheesesteak Nachos!” only to go back to my desk to figure out what the hell I just invented. I thought that phase of my life was over. But, to quote tweens everywhere, “It’s not ‘just a phase, Mom.’” I couldn’t help but smile as dozens of bowls of thumbprint-sized pancakes filled my TikTok feed. I’d be late to the party, sure, but I wasn’t going to miss out. And that seems to be a feeling we’re all having right now.

While most viral food trends are pretty flash-in-the-frying-pan, pancake cereal has had some staying power. Even now, it remains a trending hashtag on the video-sharing platform, with tagged posts netting a collective 941 million views and climbing. Searches for “mini pancake cereal” are up 180 percent, according to Google Trends, and it’s not just that one dish—every week, it seems, a new dish takes over people's TikTok feeds, inspiring countless videos.

First, it was Dalgona coffee, a combination of instant coffee, sugar, water and milk popularized first in South Korea, before taking the world by storm. Its fluffy topping sparked a series of other whipped drinks, like whipped strawberry milk. Before long, the platform best known for sharing dancing videos became a source for surprise-and-delight recipes requiring just a few ingredients: White Claw Slushies, which just require fruit, ice and hard seltzer; the aforementioned pancake cereal and froggy bread, an unexpected riff on all of the quarantine baking people have been doing (that, well, looks like an amphibian once baked). 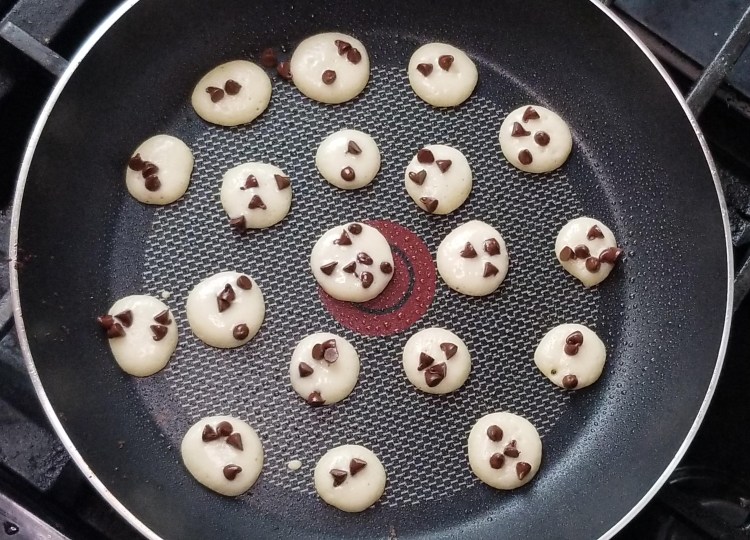 Why 'froggy Bread' & Twee Takes On Baking Took Off

As we live in quarantine, the delightful escapes we often sought out after seeing others share them online—say, booking a trip to Croatia after seeing your high school best friend’s photos on Instagram—have changed. Partly because they have to, since we’re all self-isolating at home, and partly because we suddenly have the time to try out these over-the-top treats. Plus, the ones really taking off tend to require very minimal ingredients—a huge perk when what you’ll find on grocery store shelves on any given week is anyone’s guess.

But it’s even more than that: “In my opinion, I think it is because we are feeling the innate need to infuse a little joy into our everyday lives, especially during these uncertain times,” says nutrition expert Katie Boyd, adding that the dishes going viral all tend to tap into a nostalgia for simpler times (much like the sudden return of tie-dye and throwback Instagram accounts, like @thankyouatoosa, which chronicles teen magazine features of the late ‘90s and early aughts). “[It’s] like when we were kids and could just be carefree and indulge. I think it is a fun and entertaining way to eat!”

That’s just it: Whipped coffee is a sweet, frothy take on your typical morning cup of joe. Pancake cereal is the twee twist on a Sunday morning staple. It’s the sugar-coated glow-up of the mundane. 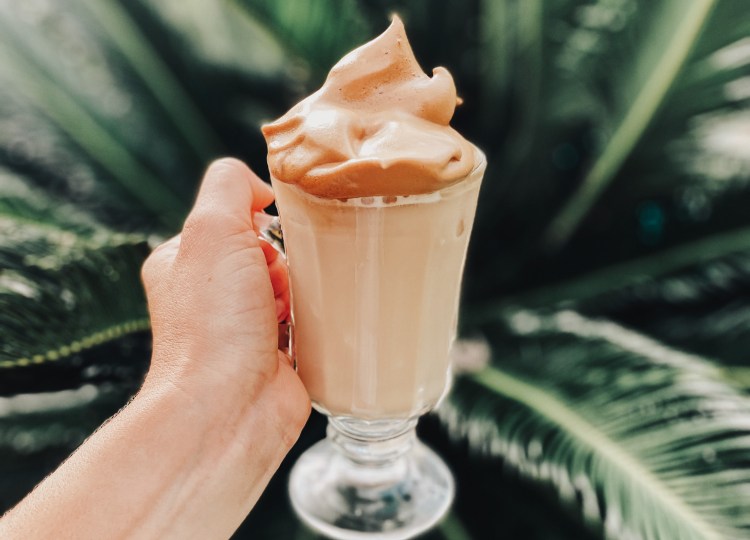 How Making Dalgona Coffee Can Boost Your Mood

Making viral treats, like Dalgona coffee, gives you #content for your social media feeds, sure, but it also gives you something to look forward to—an act Talkspace Director of Clinical Content and mental health counselor Amy Cirbus says can be helpful in letting you release that underlying sense of anxiety many of us are dealing with right now. “Do something for yourself and create a routine that feels good for you,” she advised when we spoke a few weeks ago about breaking free of the Sunday Scaries (or “Everyday Scaries,” as some people are feeling right now).

That was reason enough for me to start dreaming up my own riffs on pancake cereal: Belgian waffle cereal? Mini chocolate chip pancake cereal? Blueberry puree-infused pancake cereal?! I started with the former, and soon realized why waffle cereal wasn’t blowing up my feed already—you wind up with shards of waffle bits that become a pain to clean out of the waffle maker. Fail, but it made for a laugh. I wasn’t in a rush to be anywhere; I just shook my head and started over, this time with chocolate chip pancake cereal. I soon learned to keep the burner on extra low, so I could pour quarter-sized circles of batter out of a Ziploc bag and top them with mini chocolate chips before the pancakes would finish baking. I shrieked as I tried flipping pancakes, nearly sending them flying everywhere. 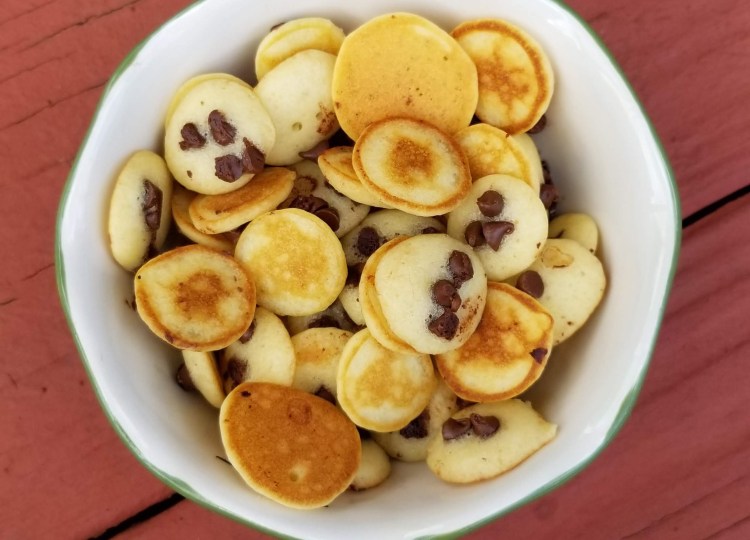 Making pancake cereal was way more enjoyable than a typical Tuesday morning at 7:30 a.m.—both the pre-COVID mornings, where I’d frantically rush from daycare to the train to get to work and my more recent quarantine mornings where I’d pour out some (regular) cereal and run through all of the things I should be doing: work out, devise a robust lesson plan for my daughter’s homeschooling day, do my hair so my coworkers aren’t subjected to yet another Zoom call with Cousin It. This, however, was fun for the sake of fun.

After 30 minutes, I made one cup’s worth of pancake cereal. It was every bit as delightful—and tedious—as you might imagine. It’s not something I’d do every day, and only time will tell if I ever make it again, but when I shared it with my family and posted it online, it sparked a dozen conversations with people from all areas of my life. No matter how far apart, we connected, even if only for a few DMs. And in these isolated times, those little moments of connection make all the difference.

How to Make White Claw Slushies (and 10 Other Frozen Drinks)