The Best Store-Bought Cinnamon Rolls, From Trader Joe’s to Pillsbury

In our dream world, we’d like to make cinnamon rolls from scratch every weekend. (Or wake up to them freshly prepared for us, along with a mimosa or two.) In the real world, mornings are a scramble, and we’ll take every shortcut to an epic brunch we can get. But when you’re staring at the rows of refrigerated dough at the grocery store, you’ll soon realize…they all kinda look the same. Which one’s worth your money (and effort)?

That’s where we come in: Over the past three weeks, we’ve snacked on sweets morning, noon and night—causing friends to vow never to eat a bun again, or at least until next week—to bring you the best store-bought cinnamon rolls on the market.

The Best Store-Bought Cinnamon Rolls, at a Glance

How We Tested The Cinnamon Rolls 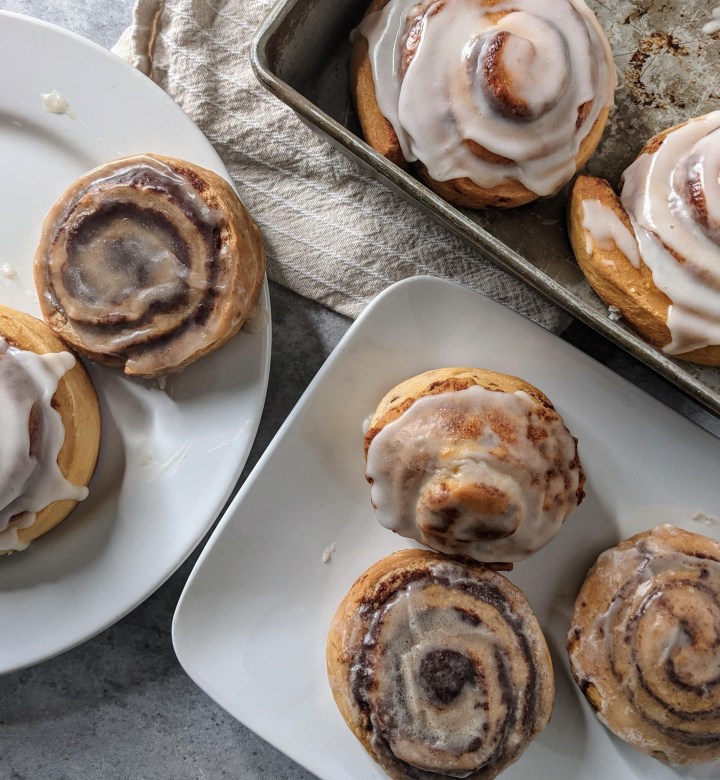 We scoured the supermarket and called in samples of every pack of cinnamon rolls we could get our hands on, baking and frosting them all according to the package’s instructions. From there, a team of five people sampled each variety—without knowing which came from which brand—rating them on overall flavor, texture, quality of ingredients, ease of baking, value and the pastry-to-frosting ratio. (Yes, we take our jobs very seriously.) 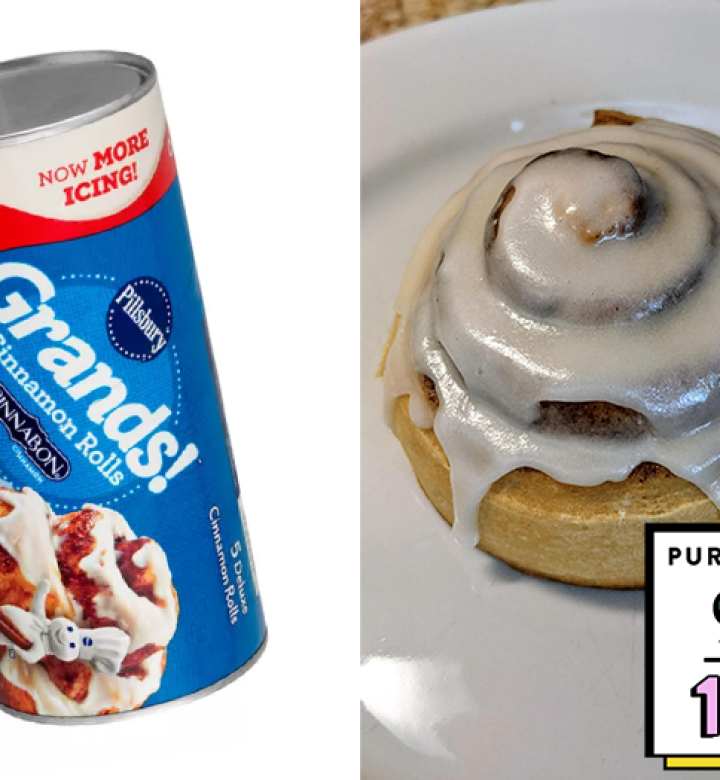 The Dough Boy dominates the store-bought cinnamon roll game—three stores we visited only stocked Pillsbury, and its website lists 17 products in this category. After baking 10 different rolls during this test, we quickly learned why: Their rolls are consistently the fluffiest, with thick, rich frostings that can hold up to a fresh-from-the-oven pastry. Overall, the original Cinnabon icing scored the highest marks; if you prefer your sweets with a tangy kick, go for the cream cheese variety. There’s no losing here. 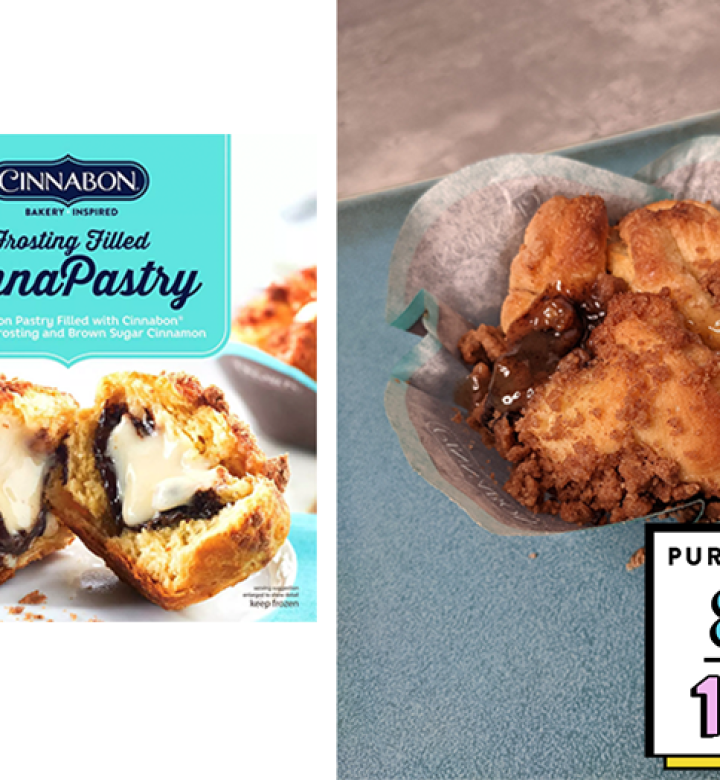 Fastest Way to Satisfy Your Cravings

While Pillsbury offers multiple rolls made with Cinnabon cinnamon, testers were most excited about Cinnabon’s own line of ready-to-bake pastries. These treats stand out from the others on multiple fronts: (1) They’re sold in a box, not a tube; (2) They stay in the freezer, not the fridge; (3) They’re microwaved, not baked in the oven. This results in getting your cinnamon fix in record time—less than two minutes, tops—but it also means you need to eat them quickly (or heat up only what you’ll eat immediately). Out of the Frosting-Filled CinnaPastries and Frosted CinnaSweet Swirls, we preferred the CinnaPastries, since they had a muffin-like exterior that gave way to a gooey, frosting-filled core that was like biting into the center of a cinnamon roll. However, testers complained that if they waited 30 minutes to go for seconds, the pastry had hardened a bit, making it tougher to chew. 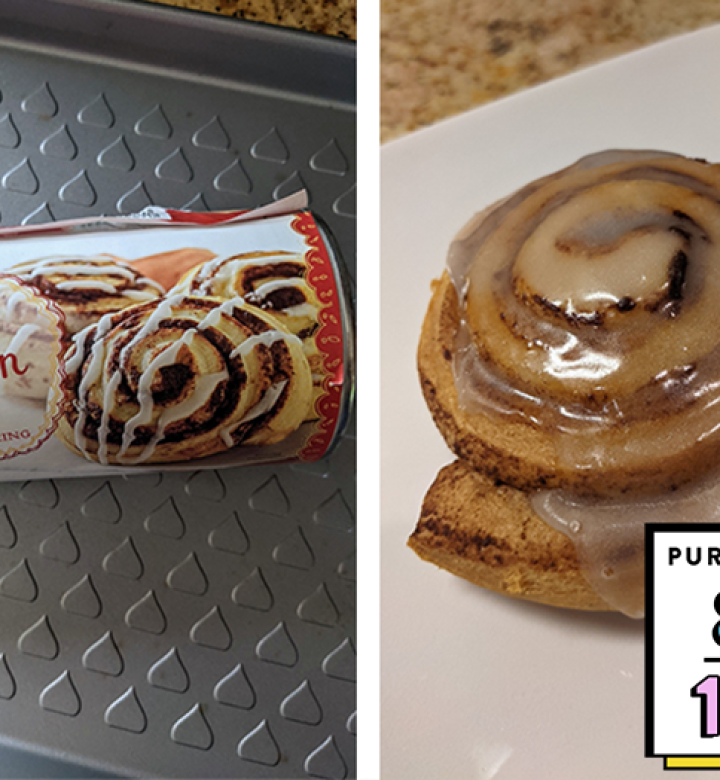 When searching for these sweets online, Google immediately tries to autocomplete the term, posing a question: Are Trader Joe’s cinnamon rolls good? Yes, they are—and they’re the closest to homemade in the batch. They’re a little chewier and denser than Pillsbury’s pastries, with a mild vanilla frosting that takes a backseat to the cinnamon swirls. That said, as much as testers commented on how it reminded them of childhood, many still preferred a softer, fluffier roll. Sorry, Mom. 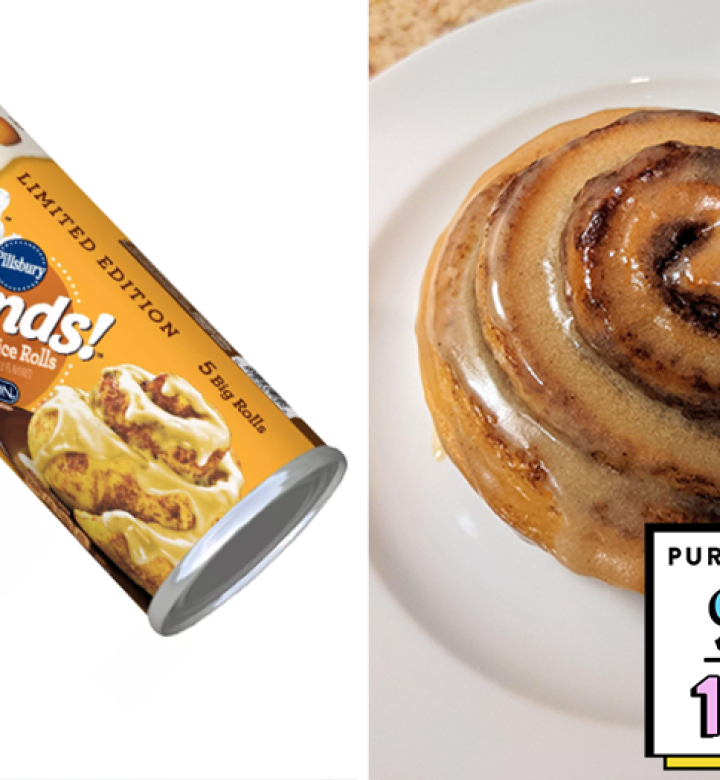 Pillsbury has rolled out all kinds of specialty flavors—hot cocoa, strawberries & cream, orange, peaches & cream—but none compare to the Pumpkin Spice variety. They’ll make your entire home smell like fall, and the seasoning gives the rolls a greater depth of flavor. (Testers noted hints of ginger and nutmeg—commonly found in pumpkin pie spice—though the ingredients don’t specifically list them.) 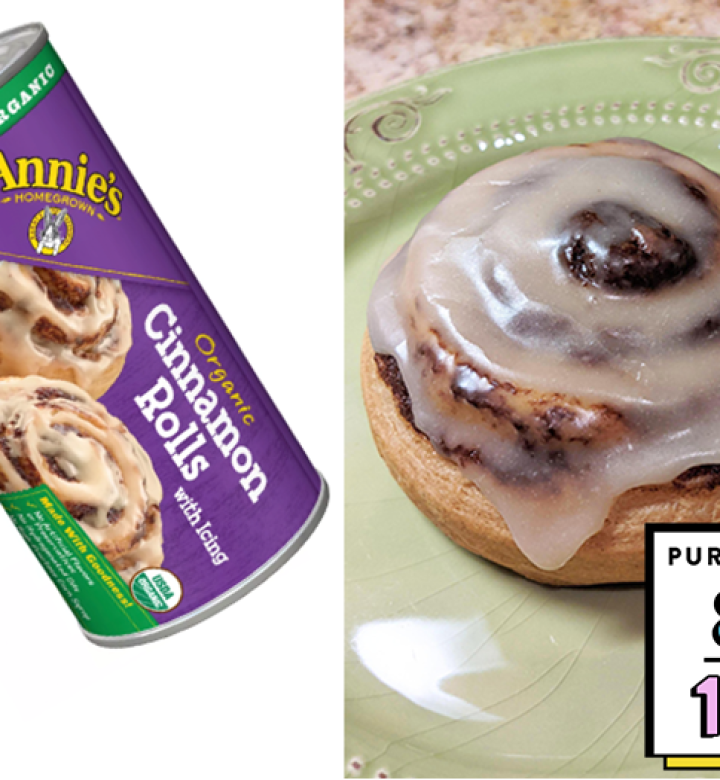 If you want a cinnamon roll you can (mostly) feel good about, check out Annie’s. It doesn’t contain artificial flavors, preservatives, hydrogenated oils or high-fructose corn syrup, which is something many competitors can’t claim. It’s also non-GMO, and some reviewers felt it had the most sophisticated flavor. You weren’t slammed by a wave of cinnamon or the pure sweetness of frosting; you got hints of both as you chewed, neither overpowering. But the one complaint was that it resulted in the driest treats of the bunch. 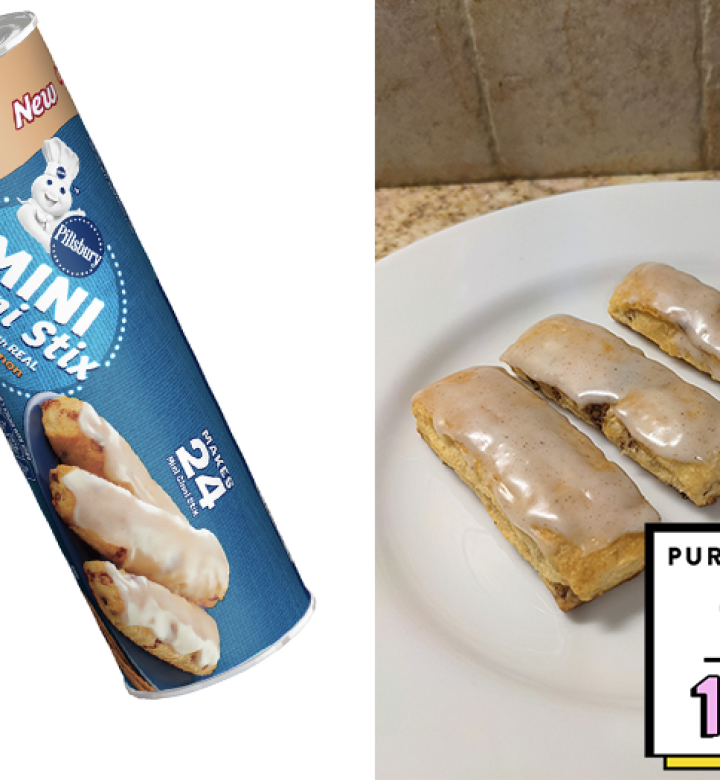 Technically, they’re not a roll—just little strips of cinnamon-flecked dough, slathered with cinnamon-infused icing—but we’d argue that Pillsbury’s classic cinnamon rolls aren’t actually rolls either (more on that later). While most treats we tested took around 20 minutes to bake, these sweets were ready in 8 minutes flat. They’re crisper and lighter than the traditional roll, making them a lot more snackable. Plus, at 24 to a tube, they’re a great treat for a crowd. 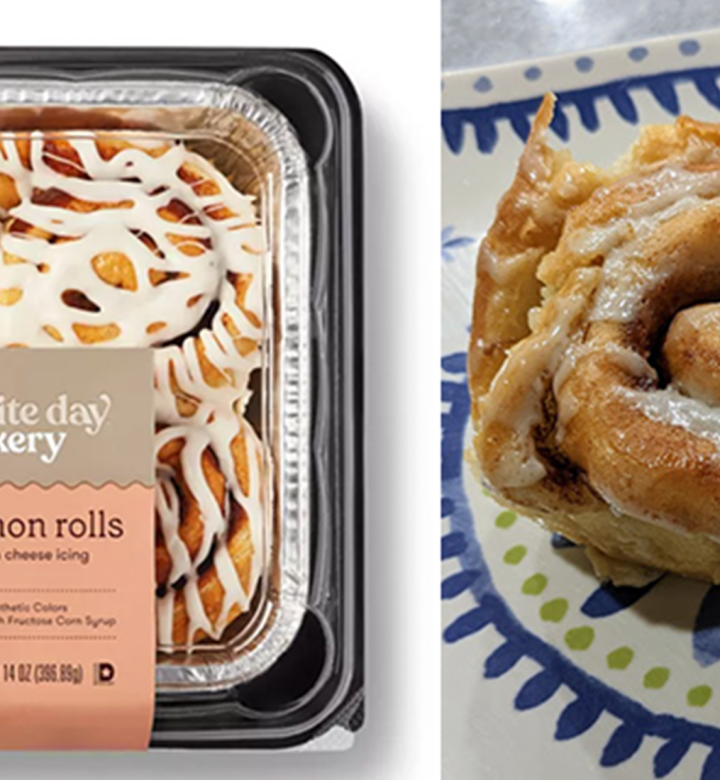 You want softball-sized cinnamon rolls without making a trip to the mall? Get thee to Target (or at least do curbside pickup). Each package features a quartet of massive pre-baked buns, already drizzled with frosting and ready for a quick jaunt in the oven to warm them up. (And warm them you should—it takes them from chewy and dense to gooey and pillowy.) There’s hardly any effort involved in getting these to the table, and the result is very cinnamon spice-forward, a nice contrast to the many icing-heavy options on this list.