9 Air Fryer Mistakes Everybody Makes, Plus How to Avoid Them

There’s no denying that air fryers have taken over the internet (so much so that we deemed it one of 2021’s top food trends). And once one has inevitably made its way into your home, it’ll quickly take over your beloved toaster oven’s spot in your heart. It may even replace your oven, according to Air Fryer Addicts Regina Chaperon and Kara Shilalie.

Putting aside some of the limitations that come with smaller air fryers, the list of foods they can cook is seemingly endless—meats, veggies, desserts, hard-boiled eggs (yes, it’s true), you name it. It’s truly a dream for anyone who loves to cook, and arguably even better for those who don’t.

21 Dinners You Can Make in an Air Fryer 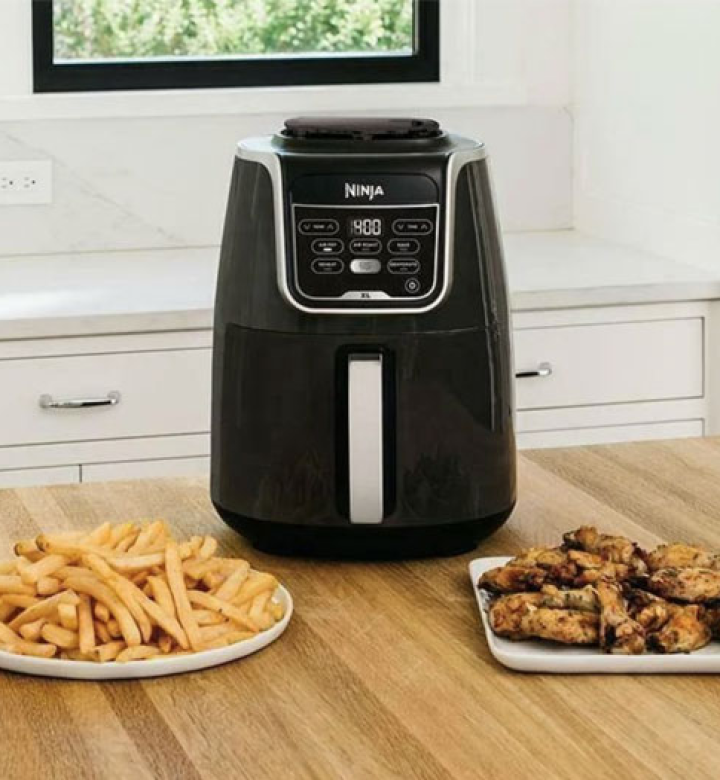 But What Exactly *is* An Air Fryer?

An air fryer is a countertop appliance about the size of a traditional Crock-Pot or Instant Pot. As the name suggests, a fan quickly circulates hot air (like a convection oven does) to “fry” food, cooking and crisping its exterior without all of the grease and oil that traditional frying requires. The best part? Air fryers heat up a lot faster than your standard oven and are less prone to hot spots because air circulates more evenly throughout it.

Now, if you’re thinking of getting one or you’re already a proud new owner, you’ll want to learn a little from the common air fryer mistakes everyone else is making. Here are the 9 things to avoid when using the trendy kitchen appliance.

1. Not preheating the air fryer

Like with any oven or toaster oven, preheating allows for the appliance to heat up so that the food can begin to cook as soon as it’s placed inside. This prevents the food from getting soggy, which can happen when it’s sitting in its juices as the temperature gradually climbs.

Consider what you would like to use your air fryer for and how much food you’ll be cooking in it before hitting “add to cart.” “We made the mistake of buying our first air fryer, and quickly realized we had to upgrade to a larger basket size,” the Air Fryer Addicts share. Large families and meal preppers will want to look for the extra-large versions, just so they’re not spending extra time cooking food in batches.

In addition to size, there are also different models. There is the basket-style air fryer, which is likely what you think of initially, as well as oven-style models. The key differences? Basket air fryers take up less counter space, preheat faster and don’t heat up the kitchen, while oven air fryers are larger, have more cooking functions (bake, toast, broil and rotisserie), and allow you to see the food inside as it cooks.

To make your decision, consider how much counter space you’re working with, which foods you typically cook, and how much you’re likely to use the added cooking features, like baking or broiling.

After you’ve purchased your air fryer, stick to only filling it as much as it allows. Stuffing the basket with too much food, especially if it touches the heating fan at the top, will cause it to cook unevenly.

4. Trying to air fry food that does not weigh enough

Because an air fryer operates by circulating hot air at high speeds to cook the food, you want to be sure what’s inside actually weighs enough so the fan doesn’t blow it around. In Chaperon and Shilalie’s experience, tortillas, kale and certain types of bread are just a few of the foods that are too light to successfully cook in an air fryer without being weighed down using other foods you’re cooking. (For example, if you’re making tofu with crispy kale, you’d use the tofu to weigh down the kale.)

According to Chaperon and Shilalie, “low smoke-point spray, such as canola or coconut oil, can make your air fryer smoke.” Instead of reaching for those, they suggest using oils with higher smoke points, such as avocado oil.

6. Setting and forgetting your air fryer

While air fryers can be the size of a slow cooker, they don’t do as well being left alone (not to mention it’s a fire hazard). “We definitely suggest checking on the air fryer and not just setting and forgetting it,” they emphasize, adding, “We almost always flip our food halfway through cooking. If it's something like French fries or vegetables, you can just shake the basket instead of flipping each piece.”

7. Being afraid to open the air fryer to check on your food

Jake Grigg, often known on TikTok as the Air Fryer Guy, adds that people often expect their air-fried foods to be perfectly cooked once the timer goes off, but this is not always how it works. “It’s not an oven, so you won’t lose heat,” so keep an eye on it, occasionally opening it to stir or flip what’s inside and to check that nothing is being blown around (like shredded cheese, for example).

8. Not cleaning it properly after use

Commitment to cleaning your air fryer after cooking with it will help prolong its life. “We made this mistake with our first air fryers, and now we're diligent about cleaning after each use,” Chaperon and Shilalie reveal. “If you do not clean it after each use, the oil and food can build up on the basket, and it is difficult to remove at that point.”

Not only will this buildup affect how long it lasts and how well it works, but it can also cause fires. To make sure you’re staying on top of the cleaning, these steps will show you exactly how to clean an air fryer:

9. Choosing not to experiment with different foods

If you’re only using your air fryer for things you’d normally “fry” like chicken fingers and fries, you’re doing it wrong! Seriously, half the fun comes with trying new things and seeing what tastes best.

“My favorite trick is the all-in breakfast,” the Air Fryer Guy says. “Crack an egg onto a piece of bread and put a slice of bacon on top. Turn on the air fryer at 180 degrees C [about 350 degrees F] and come back in 7 minutes.” Once you’ve tackled this open-face bacon and egg sandwich, you’re more than ready to try these 45 incredible air fryer dishes. Just saying.

The 15 Best Air Fryer Cookbooks to Add to Your Shelf