Being a Working Mom Was Always Hard, but Now the ‘Triple Burden’ Is Making it Even Harder 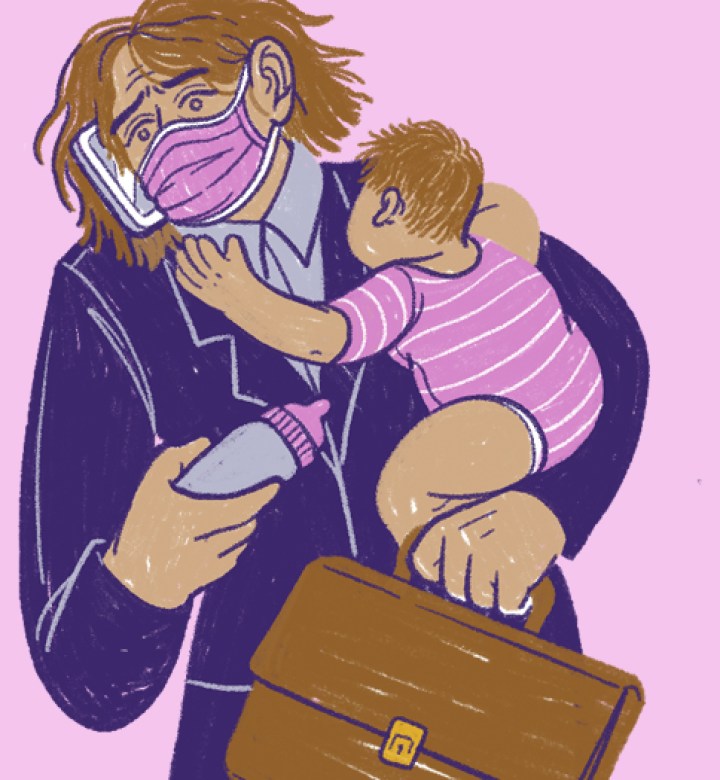 The statistics are staggering. Since February 2020, women have lost more than 5 million jobs, with over 2 million women leaving the workforce altogether, according to the National Women’s Law Center. (For context, in September, the rate of women leaving the workforce was four times that of men.) That’s not all: In December, women accounted for 100 percent of the net job losses. (Black and Latina women working in retail, restaurants and other “essential” service-sector industries have of course been disproportionately impacted.) This sets us back to 1980s levels of women’s participation in the workforce.

But the pandemic rages on. And as working mothers continue their struggle to survive (i.e. work, watch their kids, manage their household, log even a small amount of sleep), a single, daunting phrase keeps popping up. It’s called the ‘triple burden,’ and according to Wendy Powell, CEO and founder of maternal health platform the MUTU System, all progress post-pandemic starts with recognition of it.

First, What Is The ‘triple Burden’?

According to Powell, the triple burden of motherhood is a concept that was originally introduced by sociologist Ann Oakley. “It was initially about dual responsibilities—the idea that women are doing a paid job over here and unpaid domestic work, say, running a household or managing childcare over there,” Powell says.

In 2021, there’s a third aspect competing for women’s time: The emotional work. “Everybody’s under pressure, everybody’s anxious, everybody’s scared,” she says. “Now, more than ever, women are bearing the brunt of this.” 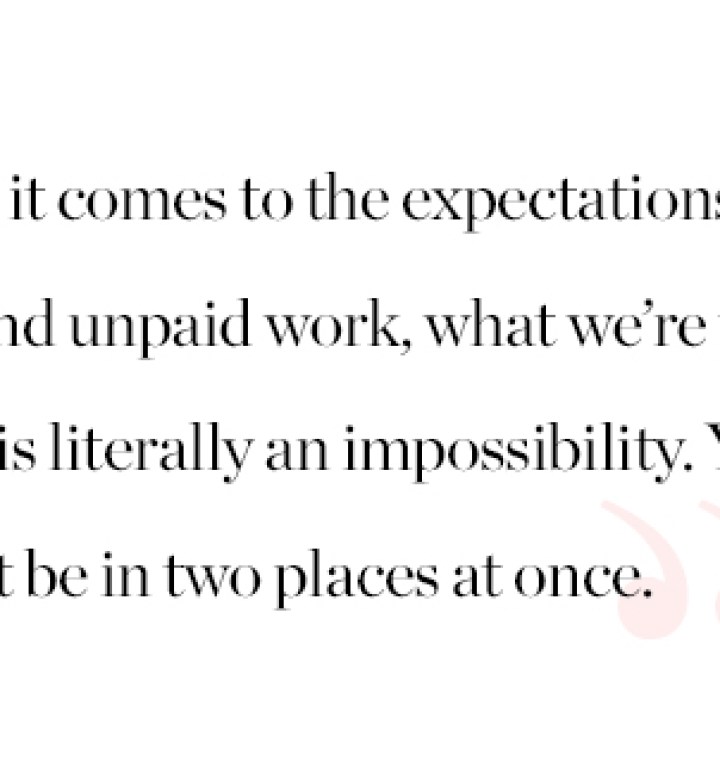 To define this as a “juggle” is unfair, especially in a pandemic, she says. “When it comes to the expectations around paid and unpaid work, what we’re talking about is literally an impossibility. You cannot be in two places at once.”

And with the triple burden, it’s not just about logistics. “Your physical location isn’t the issue,” Powell explains. “It’s the emotional piece—you can’t be present with your kids if you’re worrying about your email and you can’t be present in a work meeting or even close to delivering your best work if you’re trying to take care of children.”

Of course, those with flexible jobs are in a fortunate position. Still, in most families, Powell maintains it’s the women who are making all the sacrifices and compromises. “Who’s actually checking if we’re logged onto school? And if the homework’s been done right? And what the kids are eating? More often than not, it’s mom who’s stepping up.”

A Look At The Short And Long-term Effects

The triple burden is both cultural and systemic. “Even in the most equal of partnerships, it’s deeply ingrained within us that those tasks, those chores, those responsibilities—emotional and physical—fall to women,” Powell says.

But it’s also directly derived from policy. “We have to look at the regulations and employment rights of men and women because, right now, the law is written as though it’s equal, but given the reality of needing childcare and having actual babies, it’s not.”

Plus, the mental health piece has the potential to do the most damage, she adds. See, aside from the fact that we are going to have to fight to reclaim our place in the workplace after all this, the anxiety women are experiencing keeps compounding. “The rules vary depending on where you live, but the questions of, ‘Do I send the kids to childcare or don’t I?’ and ‘If I do, am I putting my kid’s life in danger?’ is this daily kind of decision-making that’s going to have an impact.”

Systemic racism also plays a massive part in the fallout. “Women of color, who often occupy lower-paid jobs, are the ones who don’t have the same kind of flexibility, rights or voice as others during this time. When you don’t have a voice, when you have less rights, when your job can’t be done from home or on Zoom—and millions of jobs can’t be—the pressure is on employers to make a difference and step up.”

So What Can You Do, Personally, To Combat This?

Flexibility is the starting point, explains Powell, and we should demand this of the organizations we work for. “I’m loathe to say it because, no matter how flexible a company is, working moms still can’t do two things at once. But it does help—and we, as normal people who aren’t sitting in government, have a voice and we owe it to others to use it.”

In other words, we should be celebrating the companies and businesses that are successfully tuning into the needs of working moms (and calling out the ones who aren’t). Then there’s the management and leadership shift that needs to take place. “It’s one thing to say, ‘Oh! I asked for flexibility and they gave it to me,’ but if the minute the conversation is over, your employer turns around and says, ‘Well, clearly she’s not up for the job,’ that’s not OK,” says Powell.

And there are also ways to alleviate your own personal triple burden. Maybe this means outlining childcare tasks with your spouse and ensuring that both parties are contributing. Maybe it means finding a good virtual therapist, so you can begin to process some of the trauma of the past year. Bottom line: You don’t have to go it alone.

What Should We Be Doing As A Society?

Just this week, a group of 50 prominent women—ranging from Eva Longoria and Amy Schumer to Ellevest co-founder Sallie Krawcheck and Girls Who Code CEO Reshma Saujani—took out an ad in The New York Times calling for working mothers to be put at the center of the economic recovery plan the Biden administration is drawing up.

They’re labeling it the Marshall Plan for Moms, which gets women back to work via retraining programs in addition to school re-opening plans that get kids back in the classroom five days a week. (The name draws from a U.S. aid program to Western Europe that financed rebuilding after World War II.)

The policies the plan prioritizes include paid family leave, affordable childcare and pay equity. It also asks that a task force be set up in the first 100 days of President Joe Biden’s administration that puts the focus on moms. Most specifically, it asks for short-term, means-based monthly payments of $2,400 to go to all women with children under the age of 18.

Will a proposal like this pass? TBD. But perhaps most importantly, it shines a light on a critical conversation that is, ultimately, systemic: the severe lack of structural support for working moms who were left holding the bag when the pandemic hit.

5 New Year’s Resolutions All Working Moms Should Make, According to a Family Therapist