Where Is ‘White Lotus’ Filmed? I Stayed There and It's Nothing Like the Show 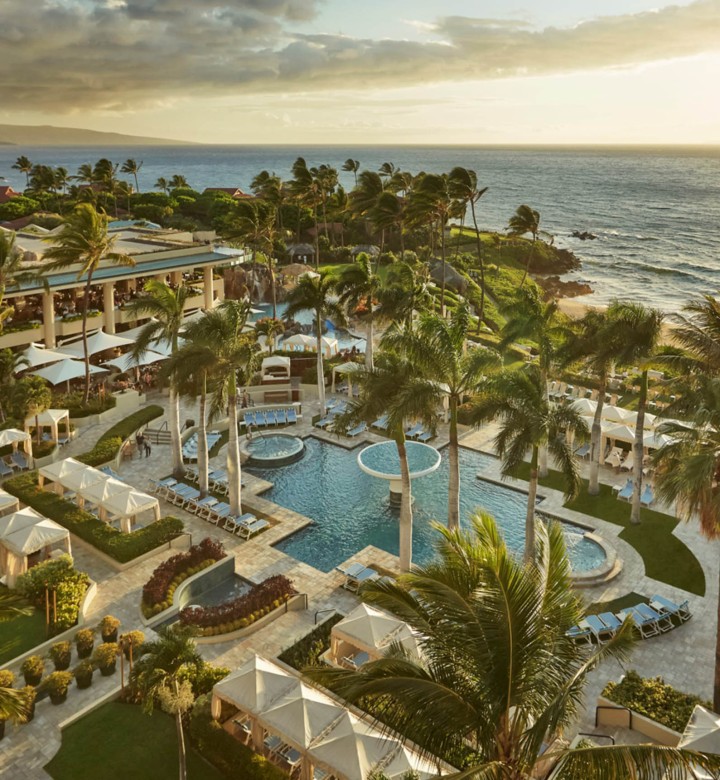 Sure, there's nothing so alluring in our post-lockdown world as the thought of jetting off to some resort with swaying palm trees and unspoiled beach coves. That's part of the appeal of the new HBO dramedy, The White Lotus, in which a collection of entitled mostly white guests arrive at a resort staffed by a culturally diverse collection that includes an affectless bellman, a striving massage therapist, a secretly pregnant front desk trainee and a general manager that's white-knuckling his tenuous sobriety. The New Yorker called it "Upstairs, Downstairs, Aloha State edition." Yet it begs the question: Where is ‘White Lotus’ filmed?

Because the real trick of the show is how, while we're following the travails of, say, a patronizing Sheryl Sandberg-type business exec, her hapless husband and their teens (a hostile daughter and electronics-addicted son), we are not only riveted by the zingers scripted by show creator, master of cringe comedy Mike White. We're also lulled by the rolling waves off the beach, the crisp cool of a cabana-lined pool and the expanse of resort suites of the megabucks set. As a lucky alumni of the Hawaiian fliming location, the Four Seasons Resort Maui at Wailea, I'm here to tell you in real life it's quite different than in the show, and here's how. 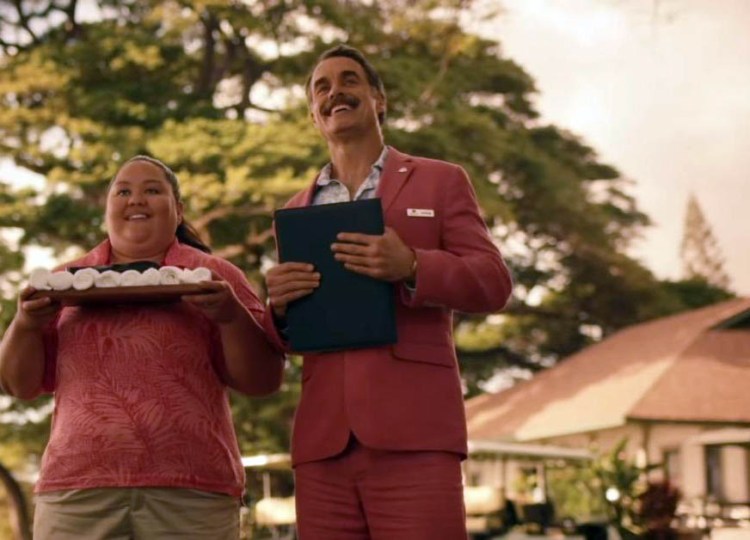 On the first episode, the general manager Armond and his trainee assistant are smiling big while they welcome guests. The assistant is profferring a tray of moist wash cloths for the guests to take to dab on their necks and hands in a sort of "render unto Caesar" show of classy hostelry. This is where the reality ends, because soon Armond is explaining in a singsong fashion how the guests need to be coddled, and how staff must perform "tropical Kabuki" for the guests. I doubt a GM for a Four Seasons resort would make such an arch statement about their guests, since the hotel chain's proudly upheld global reputation is of treating guests with sincerity, perfect respect and unstinting attention. While it's been years since I was at the Four Seasons Wailea, and I was there as a journalist, I never intimated anything but friendly service in the vibe of the staff. As management would be quick to explain, rather than resent their guests, they instead had gratitude for them choosing the Four Seasons, and helped transmit the whole relaxed Aloha energy to the visitors. 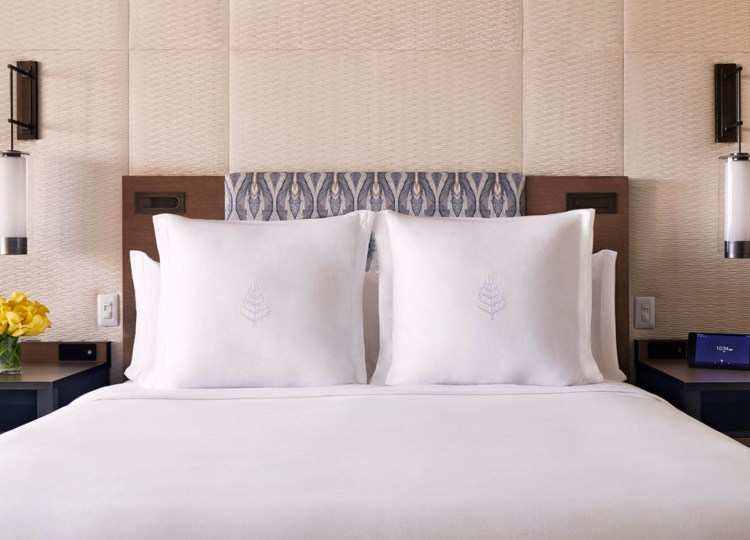 In the show, resort guests lounge on beds with headboards upholstered in loud print fabrics, and indulge in their interpersonal histrionics in front of wildly colored prints of Hawaiian botanicals. The headboards immediately caught my eye as being not at all a Four Seasons style, which globally is an understated and frankly beige color scheme. (Yes, even in Hawaii.) Sure enough, a little sleuthing revealed that show production designer Laura Fox had been given a brief by show creator White to "think of The Madonna Inn and The Four Seasons having a baby.” (That's a Californian's inside joke: The Madonna Inn is a famously garish mid-coast vacation spot with murals, hammered copper and a men's room urinal built on a rock waterfall.) But fear not, future Maui visitors—post-lensing, the resort has been restored to its soothing monochrome tones. 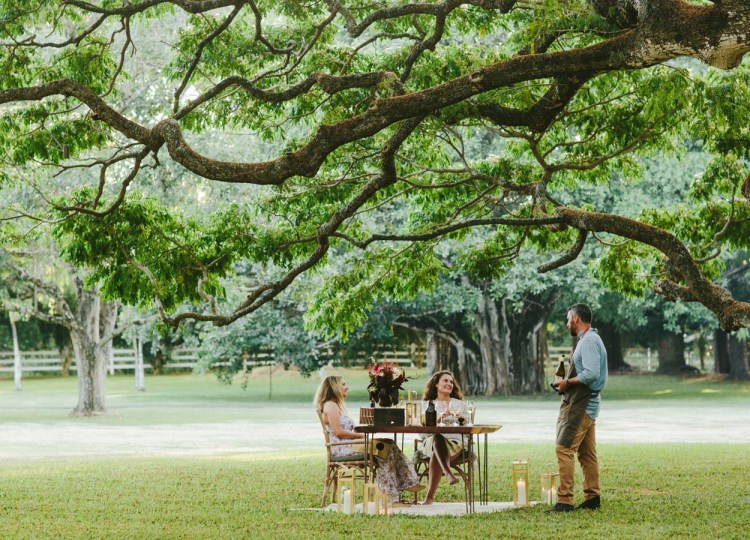 In episode 3, the increasingly embittered GM suggests that arrogant moneybags scion Shane Patton and his new bride Rachel enjoy a romantic dinner on a boat, knowing full well that he's already promised the boat to another guest, the mourning and unstable Tonya McQuoid, to scatter her mother's ashes offshore. Leaving aside the unlikely event that a resort manager would sabotage his guest's request, there's a more subtle storyline mis-fire: Guests at the Four Seasons are sophisticated, and most likely looking for a more unique and brag-worthy dinner than simply dining on a boat. That's why IRL, the resort has a roster of what it calls its "extraordinary experiences," including the Fire & Wine in which guests are treated to a master sommelier serving dishes from Hawaii's tradition of hunting, fishing and gathering, cooked over an outdoor fire and paired with world-class wines. 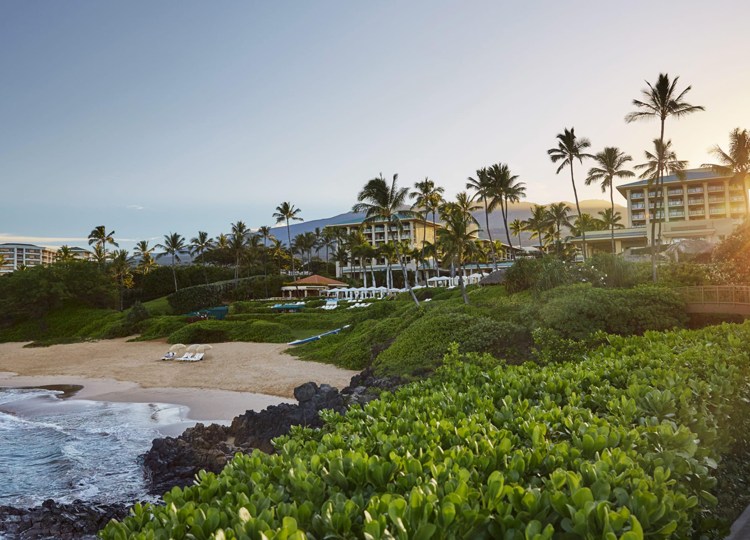 4. Reality Check: Actually, It's Even More Beautiful in Person

In one of the first few episodes, the only way the disaffected youth Quinn is moved to put down his phone is when, during a lonesome dusk on the beach, he spies a whale tail flipping out of the water. That moment was, to me, the most realistic beat of the show; for a moment it faded into background the bickering guests, the unsettled staff, the class consciousness, the sexual tensions and the racial frictions—which, don't get me wrong, are well-played for drama and laughs.

But the comforting heartbeat of the show is the absolute gorgeousness of Maui, this volcanic rock jutting out of the Pacific that will sear itself into you if you have the good fortune to see it in person. The way the air smells like flowers. The pale sheen of the sand. The splash of a sea turtle as it curiously swims next to a snorkeler. So, if you're looking for a simple answer, The White Lotus is filmed at the Four Seasons Resort Maui at Wailea. But you'll learn more about what a perfect resort experience is by spending a quiet sunset hour on Wailea Beach than you will during six enjoyable hours of this funny, buzzy HBO limited series.