The Addams Family are hitting our screens yet again in the upcoming Netflix series, Wednesday, which follows the life of Gomez (Luis Guzmán) and Morticia's (Catherine Zeta-Jones) hilariously cynical teenage daughter, Wednesday (played by Jenna Ortega), as she navigates life at her high school, Nevermore Academy. And now, we finally have the official trailer for the spooky new series.

Netflix unveiled the video on Instagram, where they said, “WEDNESDAY ADDAMS. NOVEMBER 23.” In the clip, we got a first look at some of the show's stars, including Fred Armisen (who fills the role of Uncle Fester), as well as one surprise guest. Check out the clip below.

“I act as if I don't care if people dislike me,” Wednesday says in the trailer. However, as to be expected from the iconic character, she follows it up with a comical quip: “Deep down, I actually enjoy it.”

Wednesday was created by Tim Burton, alongside Smallville creators Miles Millar and Alfred Gough. With this show, the creators wanted to create a spinoff that honored the original Addams Family story (which started as a comic strip and was then adapted into a TV show in the ’60s, as well as multiple film series).

However, there was one special surprise at the end of the trailer that we didn't see coming—an appearance from Christina Ricci, who played Wednesday in the hit films The Addams Family (1991) and Addams Family Values (1993).

“Good evening, girls,” Ricci's character says at the end of the clip. “I'm Miss Thornhill.” Although Ricci has been keeping busy with her role on the smash series Yellowjackets (one which earned her an Emmy nom for Outstanding Supporting Actress in a Drama Series), we love to see the star make a cameo in the new series.

Fans showed their excitement on Instagram, like one user who wrote, “CHRISTINA RICCI!!!!!” Another said, “Christina Ricci!!!!! Now, more than ever, I can’t wait!!!” 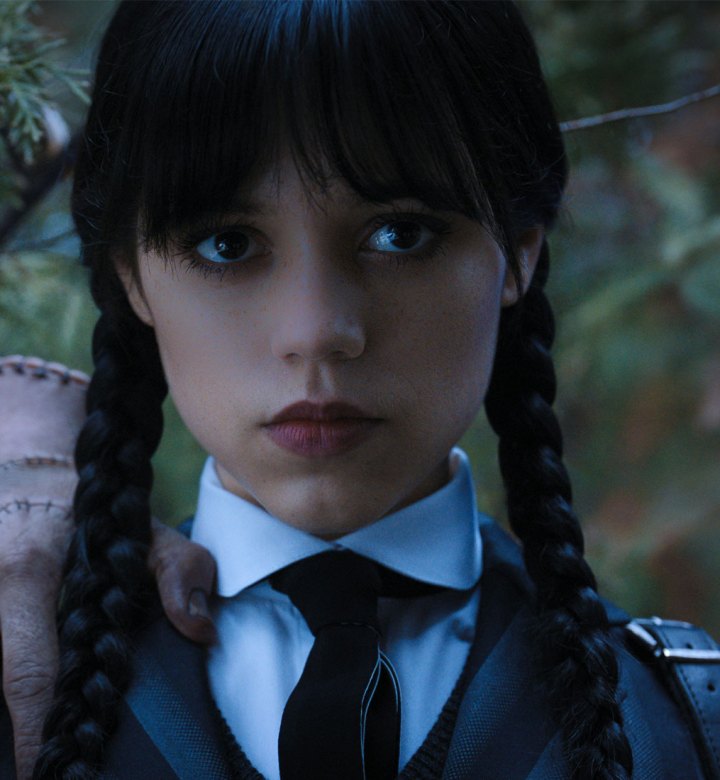