Wait, Are Mike and Calvin in Cahoots on ‘Virgin River’? 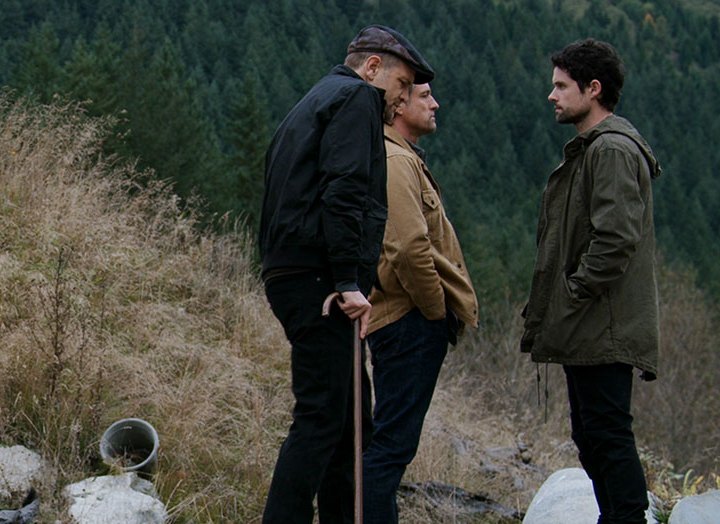 Ever since Netflix confirmed another season of Virgin River, we've been contemplating all the possible theories, from ﻿who might be the father of Mel's baby to who really shot Jack. But now, fans have come up with another theory that pretty much blows the rest out of the water.

For those who are unfamiliar with the series, it follows the story of Mel Monroe (Alexandra Breckenridge), a nurse practitioner who moves to a charming small town and finds that her new life isn't as simple as she expected. It also details her steamy romance with bar owner Jack Sheridan (Martin Henderson), and anyone's who's binged all three seasons knows that his past is rather complicated—which might explain why this one clue led fans to believe that his friend, Detective Mike Valenzuela (Marco Grazzini), is teaming up with Jack's enemy, Calvin (David Cubitt), in season four.

Considering the events of seasons two and three, it makes total sense. In season two, Calvin told Brady (Ben Hollingsworth), another former marine who served with Jack, that he had to murder Spencer (Chad Rook) in order to earn a place in his trusted inner circle. But Brady spared Spencer's life by letting him and his family escape to safety. Fast forward to season three and Calvin suddenly has a serious bone to pick with Brady, because somehow, he found out that Spencer survived.

How he got this information isn't confirmed, but fans are connecting the dots and assuming that he must have gotten the update through his connection to Mike.

Per Express, one Reddit user said, “It seems to me that Calvin only figured out that Spencer was turning on him after Jack told Mike about it. There seems to be a dodgy connection between Calvin and the police, the gun planted in Brady’s car and Calvin being tipped off about the raid being other examples.”

Another fan supported the theory, adding, “Mike knows more than he’s saying. I think he is indirectly connected to Calvin. Someone he’s reporting info to is on Calvin’s payroll.”

This prediction certainly fits with another theory we've explored, which suggests that Mike may be a dirty cop who covered up for the real shooter and framed Brady for Jack's incident. And it certainly doesn't help that he had motive. After all, Mike's relationship with Brady is far from smooth, and he's not exactly thrilled about Brady's relationship with Brie.

Looks like we'll be keeping an even closer eye on Mike in season four...