What Is Tracee Ellis Ross's Net Worth? Plus, How the ‘Black-ish’ Star Amassed Her Fortune

It's no secret that Tracee Ellis Ross is a woman of many talents. Aside from serving the best fashion looks on our Instagram feed, the actress has also been keeping fans entertained on ABC's Black-ish﻿, where she plays Rainbow Johnson. Additionally, the 48-year-old star co-created a spin-off series (Mixed-ish), released original songs for The High Note and founded her own a hair care line, Pattern Beauty.

From what we've seen, Ross shows no signs of slowing down, but now, we're curious to know, how much does she typically make on Black-ish? And what is Tracee Ellis Ross's net worth? Read on for more details. 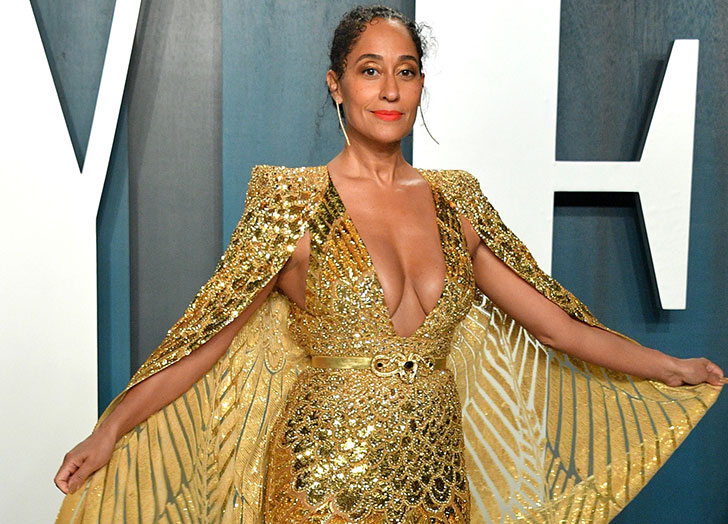 1. What Is Tracee Ellis Ross's Net Worth?

With so many accomplishments under her belt, it comes as no surprise that her earnings are so high. According to Celebrity Net Worth, Ross is currently worth an estimated $16 million.

It turns out Ross's paycheck has more than doubled since she started working on the show in 2014. Celebrity Net Worth reports that the actress made $60,000 per episode during the first season. But after its syndication, Ross's salary was increased to $200,000 per episode. That adds up to a whopping $4.4 million per season.

Given that Ross's role earned her four Emmy nominations, three NAACP Awards and a Golden Globe, we'd say that she totally deserved the pay raise.

3. How Much Did She Make From Her Other Shows And Films?

Even before she landed her role as the eccentric Rainbow, Ross had already established a pretty solid acting career. Most fans are already familiar with the classic sitcom, Girlfriends, and then there was her BET sitcom, Reed Between the Lines. Ross also appeared in quite a few other shows and films, including CSI: Crime Scene Investigation, Daddy's Little Girls and Little.

While it's uncertain how much she made from these projects, we're sure they account for a good portion of her net worth. For instance, her most recent film, The High Note, brought in a lot of earnings in its opening weekend (it was the second-most rented film on FandangoNow and the third-most rented on iTunes).

4. What About Her Hair Care Line, Pattern Beauty?

By launching a brand that specifically caters to those with curly-hair, Ross has dipped her toes into an industry that's valued at more than $2.5 billion. And according to Forbes, the brand's website launch was a major success. After selling a huge number of products on their first day, Pattern also launched in 1,200 Ulta stores.