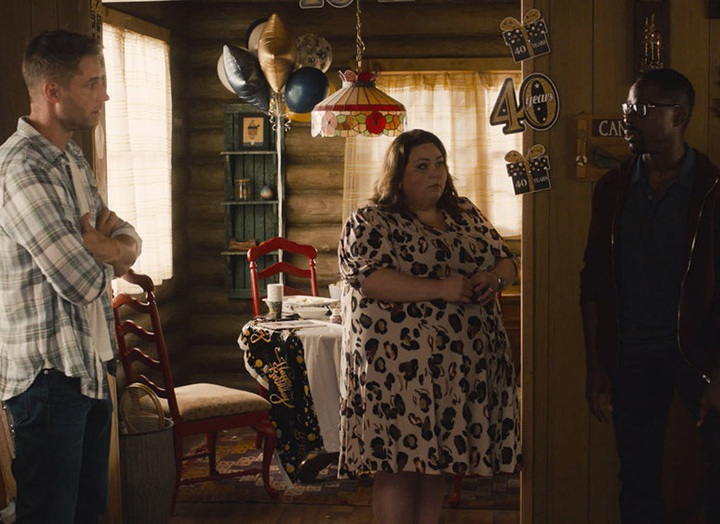 Thanks to Jack Pearson (Milo Ventimiglia), This Is Us has become one of our all-time favorite TV shows. (No offense, Grey’s Anatomy.) However, that doesn’t mean the popular NBC series is completely free of errors.

In fact, there are several mistakes, errors and inconsistencies that have occurred over the past five seasons of This Is Us.

One of the biggest errors is the order in which the Big Three were born. As IMDB points out, Kevin (Justin Hartley) often refers to Randall (Sterling K. Brown) as his “little brother,” but that’s not true. The show later revealed that Randall was born a few hours before Kevin and Kate (Chrissy Metz). The timing makes sense, especially since baby Randall was already bundled up in the hospital’s nursery when the triplets made their entrance.

Second, This Is Us doesn’t always accurately reflect the time period, since it jumps between the past and the present. For example, there’s one flashback scene featuring Rebecca (Mandy Moore) and Jack in a grocery store. While it “took place” in the ’70s, fans were quick to notice that the shelves had modern products (i.e., single-serve bowls of cereal, which didn’t exist at the time). Who knew?!

Third, Randall’s hometown of Alpine, New Jersey, doesn’t fit into the story line. Although he spent the majority of season three traveling back and forth between Alpine and Pittsburgh, the series fails to address the fact that Alpine is a six-hour drive from the Pennsylvania hot spot. Either the writers are basing Alpine on a fictional town, or there are some major discrepancies in their geography.

Another plot hole involves William (Ron Cephas Jones). In season one of This Is Us, he tells Randall that his father taught him how to play the piano. This reference confused some fans, since we later learned that William’s father died when he was an infant. So, was William a piano prodigy at the ripe age of 1? Or did the writers reveal too much background information, too soon?

Hey, at least This Is Us didn’t forget to remove a Starbucks coffee cup (like Game of Thrones).