This Fan Theory About Dot from ‘The Wilds’ Makes Total Sense﻿

How exactly did the girls leave the island in The Wilds? Did Leah ever escape at the end of season one? And what's the deal with Gretchen's newest experiment? If any of these questions have been living rent-free in your mind over the past year, trust us, you're not the only one.

After more than a year of waiting, the Amazon Prime Video series, which follows a group of teen girls who unknowingly participate in a social experiment, will finally return on May 6. But during the wait, we've been scouring social media feeds and online threads for the best predictions about season two. And one standout theory comes from a Reddit user who may have figured out what happened with Leah in the season finale. 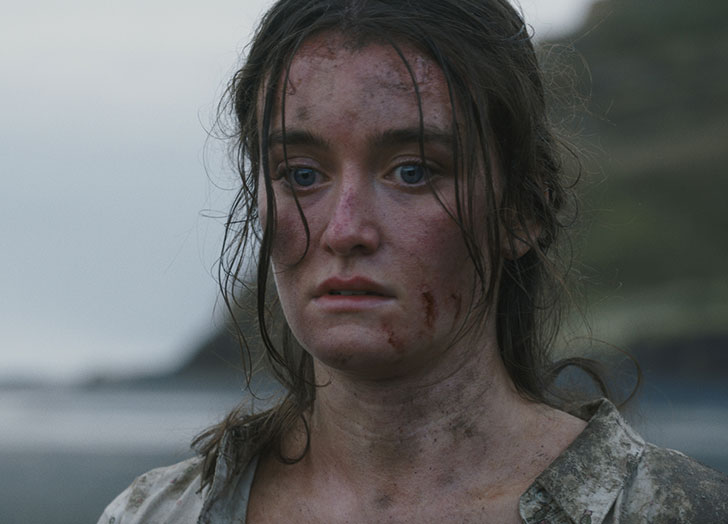 Just to recap, at the end of episode eight, Shelby sneaks a note to Leah that reads, "You were right." Then, in the final moments of episode ten, Leah sneaks out of her room as the alarm goes off, indicating that there's a "code purple." The agents rush to Shelby's room and realize that she's had a severe allergic reaction to something. Meanwhile, Leah makes her way to a secret room and discovers that there is a group on boys on the island.

Now, at first glance, fans will assume that Shelby's note was just referring to Leah's previous claims about being spied on and manipulated by outsiders—which, of course, turned out to be correct. However, Redditor StaceyAxComedy took that theory a step further and suggested that the note was a secret signal for Leah to carry out her plan in episode ten.

She wrote, "I believe that the note was Shelby's way to indicate it was time for Leah to try to break out, causing Leah to find a door block, and leading Shelby to purposely eat shellfish to induce a severe allergic reaction that would cause a significant distraction. These events both occurred at the same time, when the lights went out right at 10 p.m." 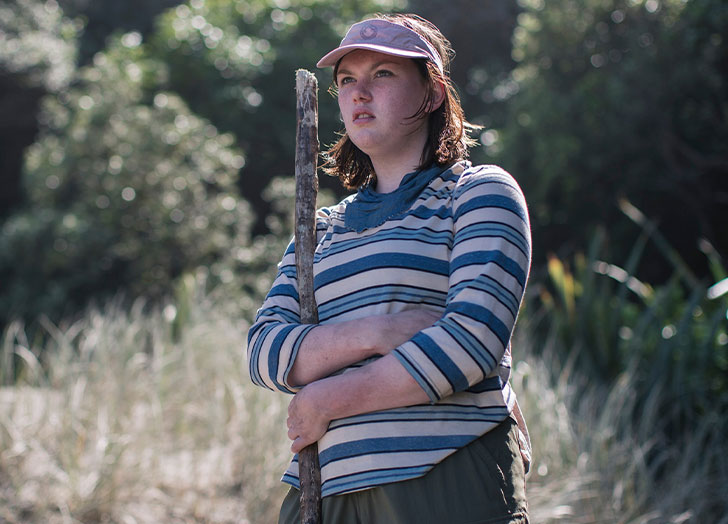 We know, we know—it seems like a stretch that the girls orchestrated this plan, especially since they're all isolated and have limited resources. But according to StaceyAxComedy, Dot may have been the key to developing this escape plan, thanks to her encyclopedic knowledge of reality TV content.

The reddit user explained, "The show makes a very big point to emphasize HOW MUCH Dot knows about reality TV. Dot watches reality TV with her dad regularly. She makes very pointed comments in Episode 3 about reality TV tropes, including the one about how the 'hot mess' team always wins the challenges on reality shows. I think Dot used her reality TV knowledge to play a part in order to manipulate the agent interviewers, and frankly everyone at the facility, to think she is just some happy go lucky teen. With that lens, she is given a lot more agency and leniency." 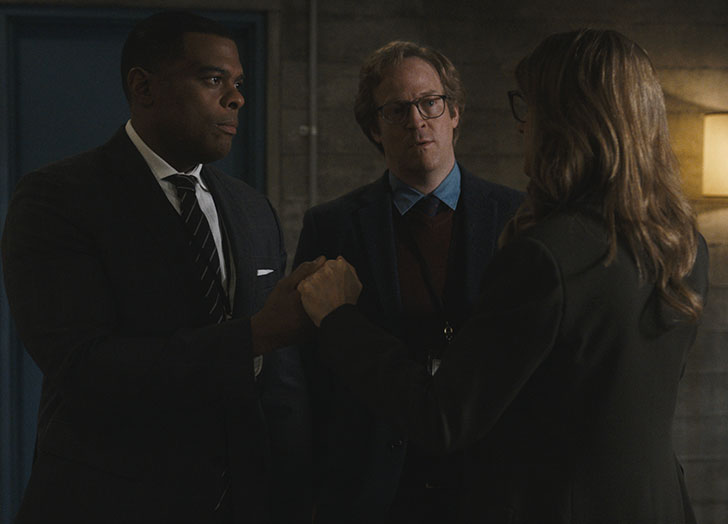 As for how she managed to fool the agents, you might recall her clumsy, carefree demeanor—like when the agents caught her dancing and lip-syncing with an ice cream cone in episode three. As StaceyAxComedy noted, all of this seems out of character for her, since she's often serious and more reserved. However, the biggest clue comes when she orders enough food to feed three people. Not to mention the fact that she requested the food that Shelby's allergic to.

StaceyAxComedy explained, "In the later scene in which Dot finishes her drink, she orders another drink and the blue crab sushi that Fatin talked about on the island. This was Fatin's dream food, and Fatin doesn't live near Dot, so it doesn't make sense to me why Dot would suddenly want this particular sushi. Unless Dot wanted to smuggle it to Shelby."

She continued, "I think she convinced the interviewers to let her keep the sushi. This is a stretch, but I think she somehow put the crab sushi into Shelby's food to cause a reaction on purpose to allow Leah the chance to try and escape. I think Shelby wanted this to happen and they were all in on this together." Okay, WHOA.

Given Dot's insight into how reality competitions work, it makes total sense that she would adopt a new persona to avoid suspicion. But we can't help but wonder: Are the rest of the girls in on this plan too? Could it be that they're all adopting new personas to mess with the agents, especially since Shelby, a beauty pageant queen, decided to cut all her hair off? Was that another ploy to make her look unstable as they all planned their escape?

At this point, it's impossible to tell. But thankfully, we won't have to wait much longer before we get some answers.