It’s official: The Gilded Age is a must-watch for Downton Abbey fans. The brand-new show just debuted on HBO, with weekly episodes premiering every Monday. And based on the first episode, it seems fans finally have a series that’s equally as bingeworthy as the British historical drama.

Keep scrolling for an honest review of The Gilded Age. 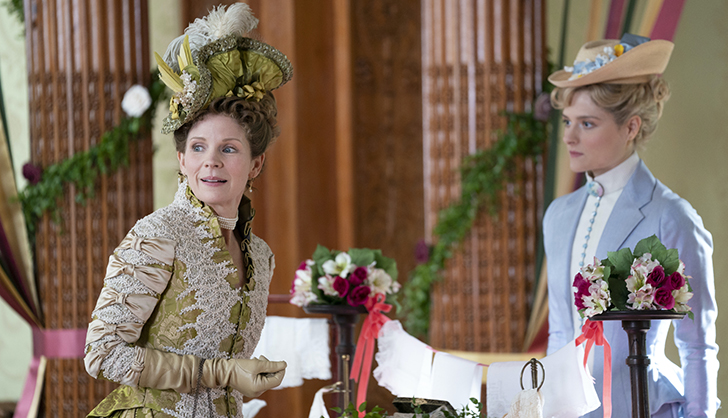 The story begins in 1882 during The American Gilded Age, a period when old money meets new. It centers around Marian Brook (Louisa Jacobson), a young woman who loses everything after the death of her father. As a result, she’s forced to move from Pennsylvania to New York, where she can live with her wealthy aunts, Agnes (Christine Baranski) and Ada (Cynthia Nixon), until she figures out her next move.

During her journey, she crosses paths with a young Black writer named Peggy Scott (Denée Benton). The pair bond after Marian’s purse is stolen, which prompts Peggy to lend her money for her travels.

After a series of unfortunate events, Marian invites Peggy to stay at her aunts’ house. While there, it becomes clear that Peggy doesn’t want to return home—in particular, she’s avoiding her father. The staff isn’t thrilled about Peggy’s presence, mainly because they’re concerned that she’ll steal their jobs.

Meanwhile, Marian finds herself in the middle of a social war between her aunt and the new matriarch across the street. Luckily, she has Peggy, who becomes her unexpected partner in crime. 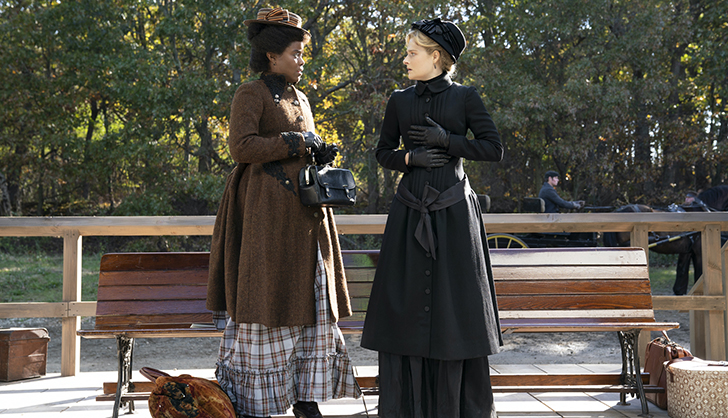 Based on the first episode, The Gilded Age seems like a definite must-watch. The show checks every box needed for a binge-worthy historical series, including a charming cast, fancy dialogue and pleasing accents that are so articulate, they don’t require closed captions to understand them. Phew!

The Gilded Age resembles Downton Abbey, which should come as no surprise because the two shows were created by the same person: Julian Fellowes. But unlike Downton Abbey, The Gilded Age feels much more modern, resembling Bridgerton. “You’re making your entrance into society,” Aunt Agnes says. Although it has contemporary elements, the show also highlights themes of class and race.

The fashion also deserves recognition, featuring a contrast of sophisticated silhouettes paired with bright patterns and colors that pop off the screen. Every outfit is accessorized to the nines, ranging from show-stopping fascinators to chunky jewelry that likely cost a fortune. (During the 1800s, at least.)

Drama fans are bound to enjoy the whimsical storyline, which is mainly drama (with a touch of understated comedy). The only reason it didn’t receive a higher rating is because it has nearly impossible shoes to fill, thanks to Downton Abbey.

Disney Fans Are Obsessed with Luisa from ﻿‘Encanto’ But Where’s the Merch?