Initially, the concept for Netflix's new comedy, The Bubble, excited me. Judd Apatow (the man behind The 40-Year-Old Virgin, Knocked Up, Funny People and more) wrote and directed this movie about a group of actors trying to make a blockbuster film during the heart of the COVID-19 pandemic, and he recruited some of Hollywood's best-known comics (Leslie Mann, Keegan-Michael Key, Fred Armisen, Kate McKinnon) to lead the cast.

While the plot already sounded promising, Apatow also pulled out his best tricks for The Bubble, which is now streaming on Netflix. In addition to the star-studded leads, there's nearly just as many famous cameos, from John Cena (who plays a lackadaisical stunt coordinator) to Benedict Cumberbatch (who appears as a drug-induced vision). Apatow even turned to his own family for part of the casting, including Mann, as well as his daughter, Iris (and after the buzz his other daughter, Maude, generated on Euphoria, it's likely that Iris will draw some attention as well).

Due to The Bubble's headline-worthy cast and topical jokes, I'm confident it will only be a matter of time before this movie flies to the top of Netflix's most-watched movies list. However, despite all these draws, ﻿The Bubble ﻿is ultimately not worth the hype. Keep reading my full review to find out why.

The first 30 minutes of ﻿The Bubble ﻿are riotous fun. We watch as a group of actors travel to England to film the sixth installment of their fictional, dinosaur-themed franchise, ﻿Cliff Beasts. ﻿As we follow this collection of stars, The Bubble centers around Carol Cobb (played by Doctor Who's Karen Gillan), an actress who had previously abandoned the film series to perform in a problematic movie that ultimately flopped. Now, at the behest of her agent, she decides to rejoin the franchise, which causes friction amongst the cast.

We quickly learn that this movie is being filmed early on in the pandemic and it is an attempt by a major Hollywood studio to try to “save” the film industry. We watch as these pampered actors arrive at a hotel where they have to “suffer” through two weeks of quarantine in lavish hotel rooms with all the goodies they could ever imagine (be it high-end cocktails or expensive drugs).

Once the quarantine is over, we are introduced to the comical interactions between these stars, including Lauren Van Chance (Mann) and Dustin Mulray (David Duchovny) in their on-again, off-again relationship, Krystal Kris (Iris Apatow) in her constant vlogging of the production and Darren Eigan (Armisen) trying to keep everything together as the zany director. 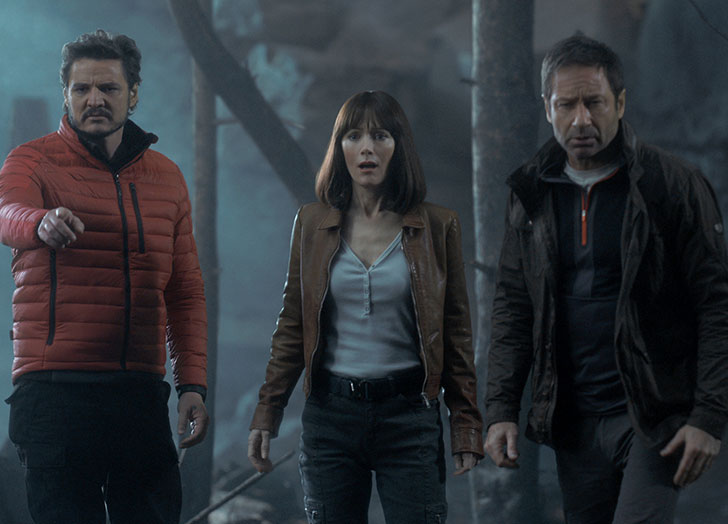 The first portion of The Bubble is all great fun, and the scenes that the actors film for Cliff Beasts 6 are hysterical too, whether it's Mann putting on a fake Southern accent or the crew members telling the cast not to touch, but instead to make “sweet eyes” at one other from afar.

And although the beginning of the film certainly leans toward the absurd, it is still enjoyable (and it's satire after all...right?). However, this is where The Bubble goes downhill.

The truth is that Apatow leans way too far into the absurd that The Bubble becomes so ridiculous it loses all its laughs. As things on the set of Cliff Beasts 6 continue going off the rails, the actors are ultimately held hostage at their hotel and are not allowed to leave even though they get sick with influenza, one character almost dies and Mann gets her fingers shot off.

It's revealed that the production is being pushed forward by the film's production studio (with McKinnon playing a heartless exec who virtually calls in while traveling across the world), and while it seems as if Apatow is trying to get the viewer to dislike the actors for being too out of touch and too privileged, we ultimately only feel bad for them. It's certainly valid to recognize that COVID-19 affected people in dramatically different ways and those with privilege and power did not suffer the same consequences as those without it. However, ﻿The Bubble ﻿feels like a cheap way to criticize those people and instead just emphasizes the fact that the pandemic negatively impacted everyone. 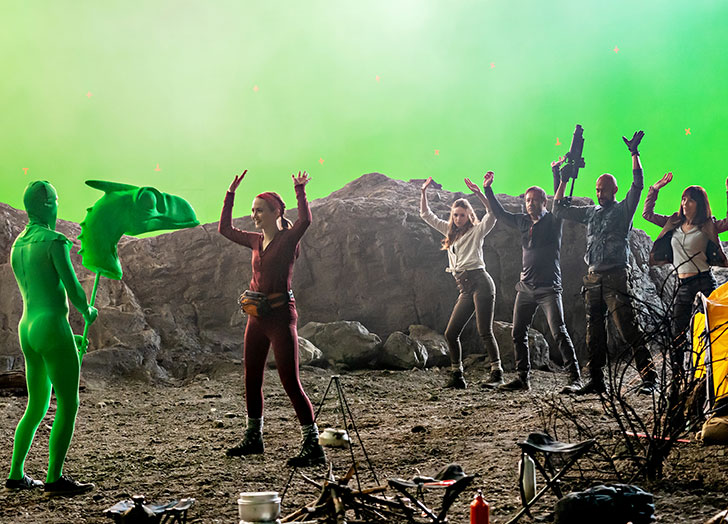 After many television shows (Shameless, The Morning Show, You) clumsily incorporated the pandemic into their stories, it felt like a breath of fresh air to see a movie that was going to use a no-holds-barred approach. But, as we're well aware, the pandemic is not over, and this movie just feels like a reminder of the worst of it (and sadly, like the pandemic, you're not sure when it's going to end).

The Bubble also feels too ambitious in its ideas, resulting in some meaty subjects only getting touched upon. We barely dive into the stories of the film crew and the hotel staff, even though these are some of the funniest characters presented and it would be worthwhile to highlight how their lives were put at risk just to simply put together a movie. Meanwhile, there are fleeting moments where we see how the women who challenge the filmmakers are punished and humiliated while the men who do the same only get a slap on the wrist.

All of these subjects could be dissected in a more nuanced fashion, especially in the wake of the pandemic, but ﻿The Bubble ﻿(despite its long runtime) doesn't take the time to explore them, and instead offers a surface-level critique of Hollywood, which has been done (more successfully) in films like ﻿Tropic Thunder ﻿and Once Upon a Time in...Hollywood﻿. 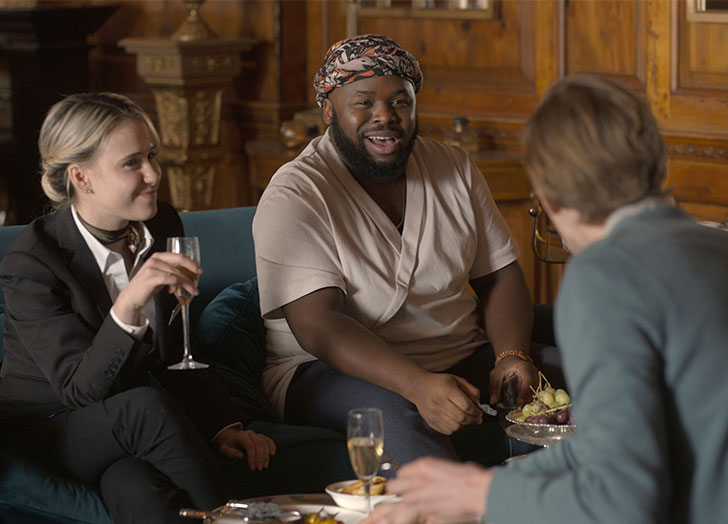 Although it may be hard to resist the big names, audacious plot and famous filmmaker behind The Bubble, this comedy ultimately falls flat as a satire of our times. Instead of poking fun at Hollywood in a bold and unexpected manner, The Bubble chooses frustration instead of humor. Save yourself the 2+ hours and opt for an older film that won't remind you of the pandemic.