Did Prince Charles’s Car Look Familiar at Today's Event? That's Because It Has a Special Connection to Prince William and Kate

Sure, you probably were watching Prince Charles's arrival to the Commonwealth Games opening ceremony with eyes on his fashion and enjoying the spectacle of it all. But, those with a sharper eye probably noted one under-the-radar detail about the Prince of Wales's car ﻿in particular (the one he drove himself to the stage in). If you found yourself scratching your head trying to figure out where you've seen Prince Charles's sleek blue Aston Martin, we have a hint for you: It has something to do with Prince William and Kate Middleton. 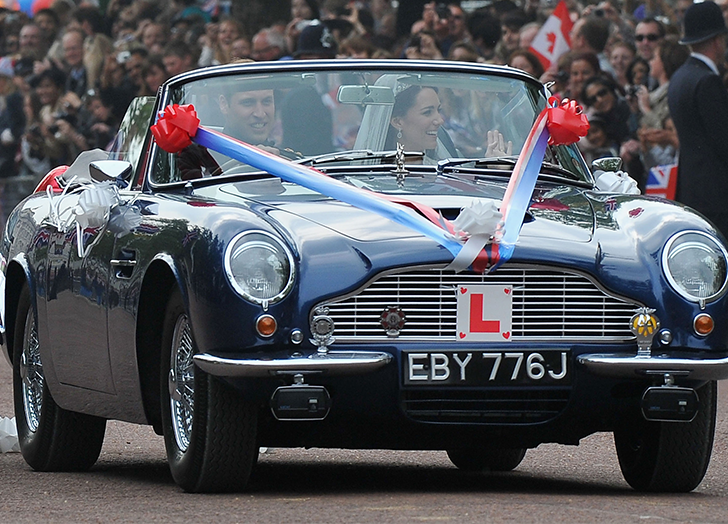 That's right. The classic vehicle is the same car that Prince William and Kate Middleton rode in on their wedding day as they were leaving Buckingham Palace back in 2011. The then newlyweds were photographed waving to fans while perched in the sleek convertible as they drove to Clarence House where they changed before heading back to the Palace for their wedding reception.

According to Top Gear, the Prince of Wales has had the car since 1970. Not only is it a bonafide machine that'll have car lovers swooning, but it's also environmentally friendly as it runs on bioethanol produced from supply waste, instead of regular unleaded gasoline.

For being 52-years-old, the car remains in pristine condition, having arrived at Birmingham today looking as lustrous and polished as ever.

The prince was accompanied by wife Camila Parker-Bowles as he appeared on behalf of Queen Elizabeth.