If there's one thing that can grab people's attention, it's a teen comedy. Whether it's the brash humor of American Pie or the iconic one-liners of Mean Girls, these films have quickly become part of the cultural zeitgeist.

Hulu's latest release, Plan B, is joining the ranks of teen comedy gold, with plenty of outrageous hijinks and quippy dialogue to keep viewers of all ages satisfied. However, this road trip flick, which follows two girls trying to hunt down a Plan B pill, is not just your regular risqué high school movie. Plan B treads new ground, featuring two outstanding leads and a story that offers a deep underlying meaning.

Keep reading for my honest review. 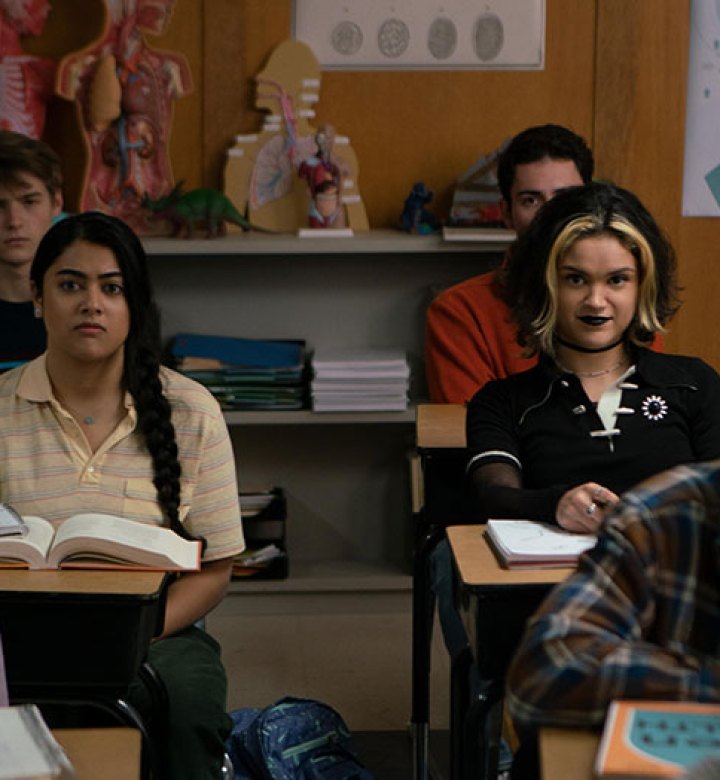 However, Plan B is not another repeat of the "teenager trying to lose their virginity" narrative, which we've seen in recent titles like Blockers and Never Have I Ever. In fact, the sex in Plan B occurs very early on (only 20 minutes into the movie, to be exact).

What Plan B focuses on, instead, is the aftermath. This movie deals with reproductive justice in a way that most other films have not dared to tread, and it shows the real dangers that Sunny and Lupe encounter in an effort to get a Plan B pill before the 24-hour period is up. 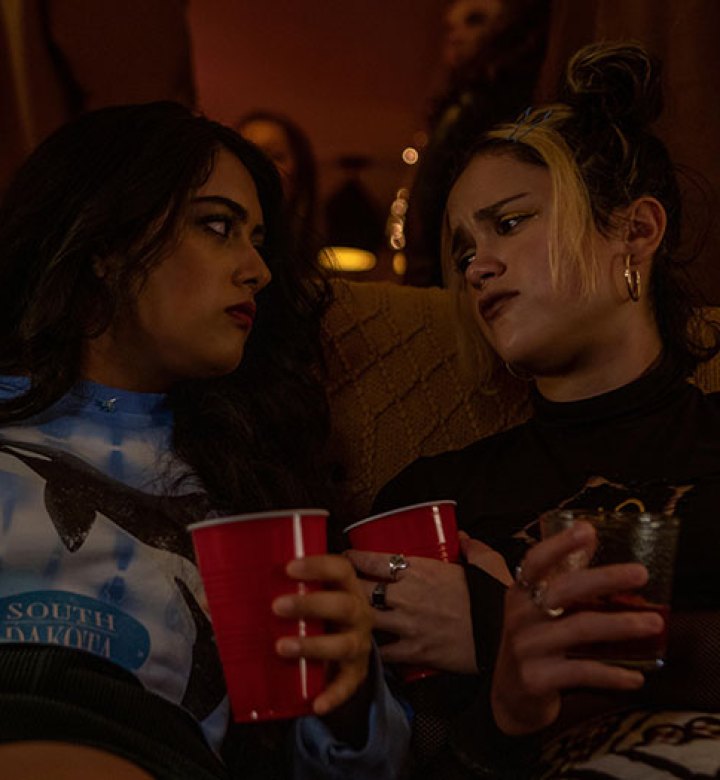 Another reason that Plan B stands out from its predecessors is the identities of its leads. Unlike former (mainly white) teen comedies like ﻿Superbad ﻿or ﻿Booksmart﻿, the movie focuses on two women of color, who are being raised by single parents. And although their lives aren't perfect, Sunny and Lupe maintain a strong connection with their families and their cultures. The movie recognizes the daily racism these two women face, but also how they fight against it.

The story was written by Prathiksha Srinivasan (Bollyweird) and Joshua Levy (iZombie), with direction by actress Natalie Morales, who has been in shows like Parks and Recreation and Dead to Me. 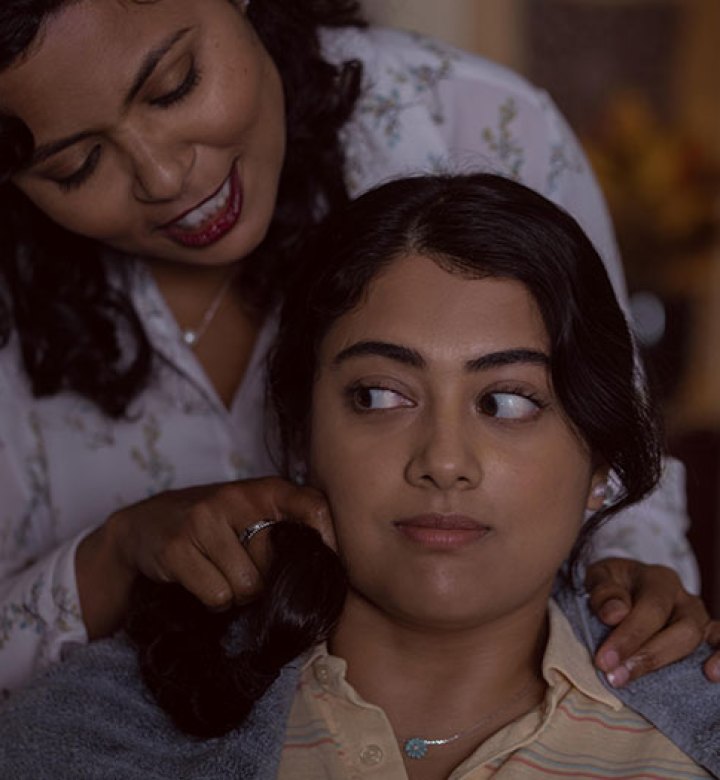 Plan B succeeds for a number of reasons. Unlike many buddy films, which can get bogged down because it feels like nothing can go right for the main characters, Plan B veers away from the frustration. And when things go wrong, it often ends up comical. However, the script and direction helps to keeps you slightly on edge, and for good reason. There are moments when these two 17-year-olds are put in serious danger, forcing the viewer to think about real-life situations teenagers face when they're denied access to things like the Plan B pill. While the movie could explore these ideas deeper, it still plants a powerful seed.

In addition, Plan B is a relatable tale of modern teenage life, and a powerful portrait of family. Even though Sunny gets reprimanded when she doesn't perform terrifically in school, and Lupe's father criticizes her new hair color that makes her "look like a depressed skunk," in the end, these two still have an unbreakable bond with their parents.

But perhaps the greatest aspect of Plan B is its two leads. These young actresses are able to pull laughs with their slapstick comedy and quick witticisms just as easily as they are able to pull emotion during the more serious moments in the film. While Verma and Moroles are still relatively fresh faces, I have a feeling we will be seeing these two in many more films to come. 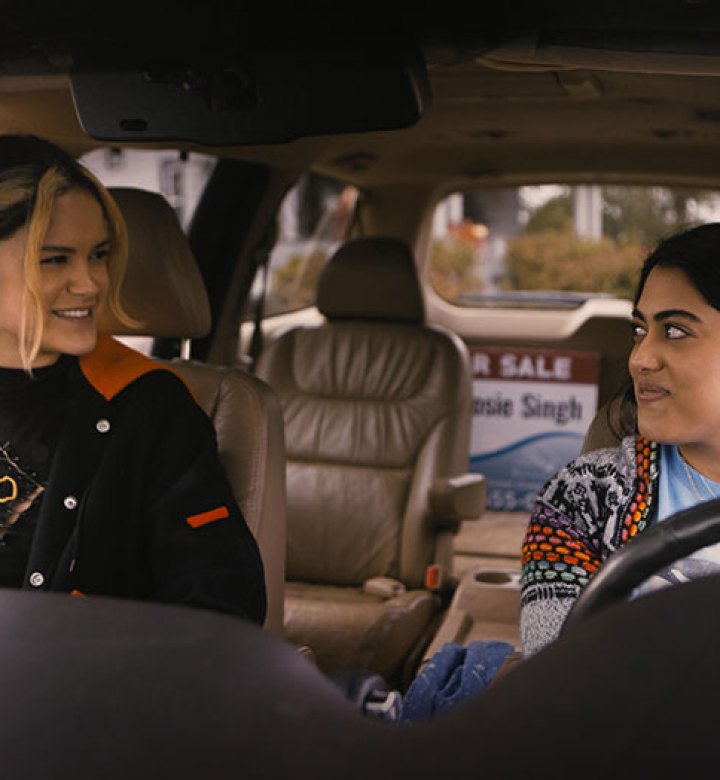 Plan B marks the beginning of a new golden age of teen comedies. Not only is it uproariously funny, but it also features outstanding performances by Verma and Moroles, who balance comedy and emotional drama with poise. Not to mention, Plan B offers a strong underlying message beneath all the humor that resonates far beyond the film's final laugh-out-loud moment.