*﻿Warning: Spoilers for season 1 ahead*

Escapist TV doesn't get much better than Only Murders in the Building, and as the series returns for its second season with ten brand-new episodes, we realize just how much we've missed this comedic murder mystery.

Once again, we follow Charles (Steve Martin), Oliver (Martin Short) and Mabel (Selena Gomez) as they try to solve a murder that has taken place in the posh apartment complex they call home: the Arconia. Except this time around, the stakes are much higher, as Mabel was found lying over the body of Bunny Folger (Jayne Houdyshell), who was stabbed in Mabel's apartment at the end of season one.

Now, with the group's every move being examined, they have to tread much lighter ground while trying to maintain their ﻿﻿true crime podcast. And with a new murder to solve, plenty of jokes and even more mystery, season 2 of ﻿Only Murders in the Building ﻿is exactly the summer binge-watch we need right now. Keep reading for our full review.

In this new batch of episodes, we see our three leads starting to find ventures outside of their Only Murders podcast. Charles is offered the chance to reboot his old hit show Brazzos (where he will be relegated to a side role as “Uncle Brazzos” while the starring role will be given to someone else). Mabel finds herself wanting to pursue art more seriously, especially when she finds a new friend in the alluring artist Alice (Cara Delevingne). Meanwhile, Oliver is given an intriguing offer by the building's newest tenant, Amy Schumer (playing herself), who proposes to buy the rights to their podcast and make a television series out of it.

As each of these characters start to chart new paths for themselves, they find passions outside of their podcast. However, the story continues to build upon the labyrinth of questions that were posed in season one. In the first episode alone, we discover that there's a missing murder weapon involved in Bunny's death, a stolen piece of art that was snatched from her apartment and, amidst everything, a puzzling connection to Charles's father. 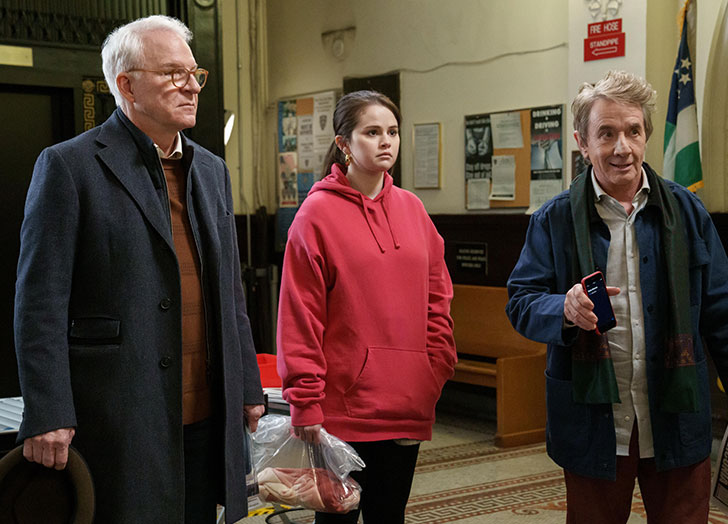 In addition to the added puzzles and drama, season 2 of Only Murders does not let up on the laughs either. Short continues to shine in the zany role of Oliver. His on-screen dynamic with Charles is still a riot to watch, while Gomez's dry delivery and sharp barbs keep the comedy rolling as well. The supporting cast is just as great, with Da'Vine Joy Randolph continuing her role as the beleaguered Detective Williams, while Tina Fey reprises her role as the podcast competitor, Cinda Canning, who besmirches Charles, Mabel and Oliver's names at every chance she gets.

However, if there's one character we're most looking forward to seeing more of, it's Schumer. We love the show's allusions to real-life celebrities, and although Schumer only gets a brief moment in the first episode, we feel that she could end up being a scene-stealer.

Only Murders ﻿has been known for its star-studded cameos— with Jane Lynch, Sting and Jimmy Fallon all making appearances in season one—and it's been revealed that another major star, Shirley MacLaine, will also be featured throughout season 2. 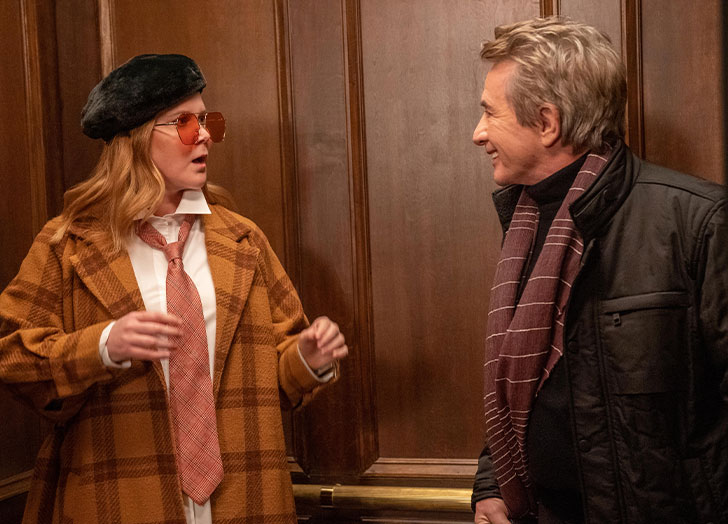 We've been anxiously counting down the days for season 2 of Only Murders in the Building, and it was certainly worth the wait. The comedic murder mystery has just the right amount of laughs and intrigue to keep us entertained without getting too dark. And with added layers to the story and a new batch of characters, this series only continues to get better. We'll be keeping our fingers crossed for a third season.

Hear more about ﻿Only Murders ﻿on this week's episode of Stream On, PureWow's hit entertainment podcast!