The 30 Best Movies About Sisters, from Sweet Dramas to Sinister Thrillers

Sibling relationships are tricky, especially between sisters. On the one hand, you guys have the best inside jokes, and nobody else will ever truly understand how weird your family is. But your sis also knows exactly how to get under your skin and just loves to remind you that she’s mom’s favorite. These movies about sisters cover all the complicated dynamics of this particular sibling relationship, from the loveable and sweet (think: Disney classics like Lilo and Stitch and Frozen) to the downright dysfunctional (Hannah and Her Sisters and Hocus Pocus, to name a few). Pick your poison for sibling bonding night and you’re guaranteed to either a) strengthen your already unbreakable bond, or b) get in a vicious fight about that shirt you “borrowed” 20 years ago. 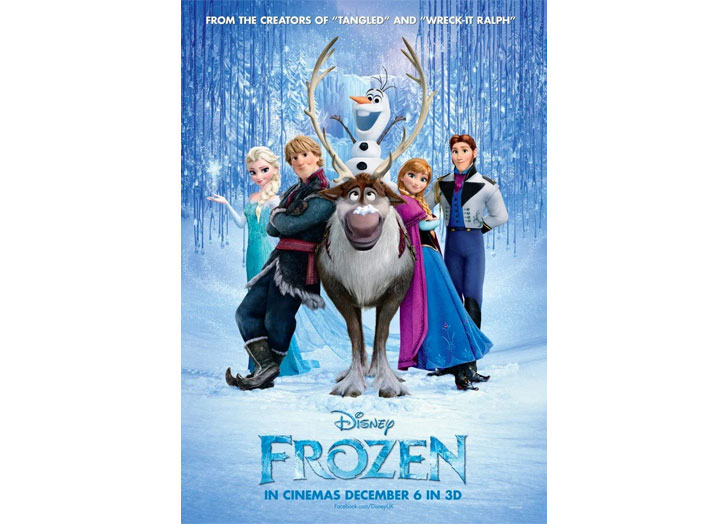 This family favorite cultural phenomenon is a refreshing departure from the not-so-progressive prince charming themes of most Disney movies, in that it revolves around two female heroines who discover that it’s actually love between sisters that really conquers all. 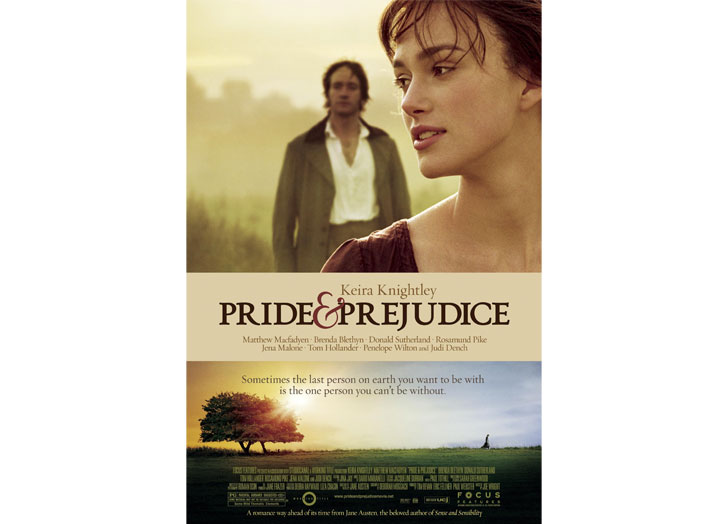 While the BBC adaption of Jane Austen’s famous novel from 1995 is indeed superior, this version is also very good (and only two hours long as opposed to nearly six). Plus, the central relationship—a romance between the eldest sister, Elizabeth, and her love interest, Mr. Darcy—gets a major boon from the undeniable chemistry between Kiera Knightly and Matthew MacFayden in this one. 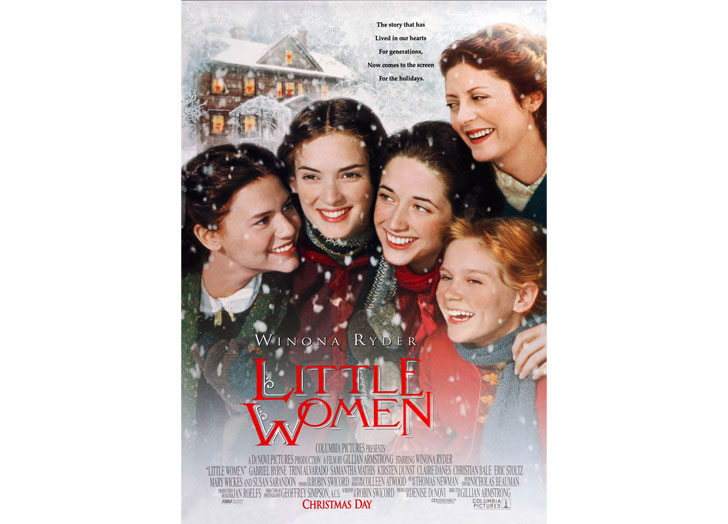 This film adaptation of Louisa May Alcott’s historical drama has it all: tragedy, romance, sisterly love and an all-star cast (think: Susan Sarandon, Winona Ryder, Claire Danes, Kirsten Dunst and Christian Bale). Set in New England during and after the American Civil War, you might want to bring out the tissues for this one as you follow the four very different but equally charming March sisters in this beloved coming-of-age tale. 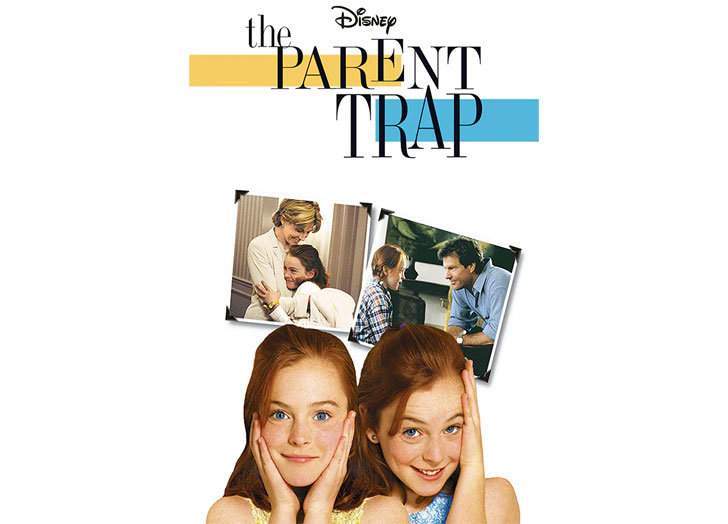 Lindsay Lohan, Dennis Quaid and Natasha Richardson star in this remake of the 1961 rom-com about twin sisters who, having been separated at birth, later reunite as preteens and conspire to get their biological parents back together. It’s light, family-friendly fare with a dash of drama and lots of feel-good vibes. 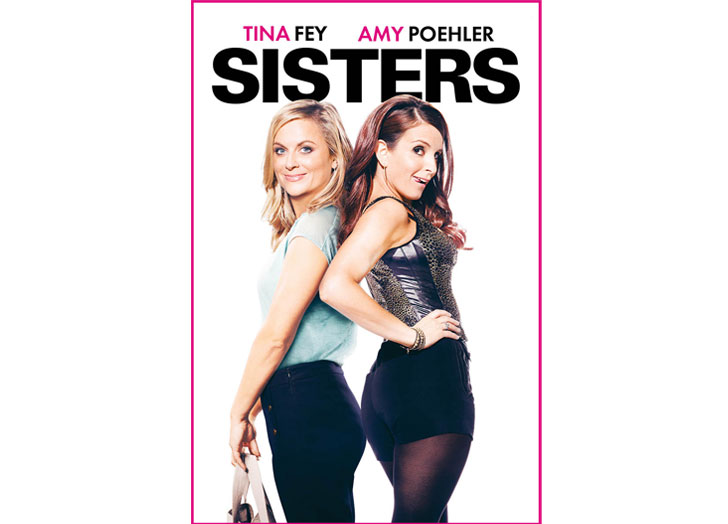 Two adult sisters (played by dynamic duo Tina Fey and Amy Poehler) return to their soon-to-be sold childhood home to begrudgingly collect their keepsakes, only to decide to turn lemons into lemonade by throwing a raging house party with all their former friends. Needless to say, chaos and hilarity ensue. 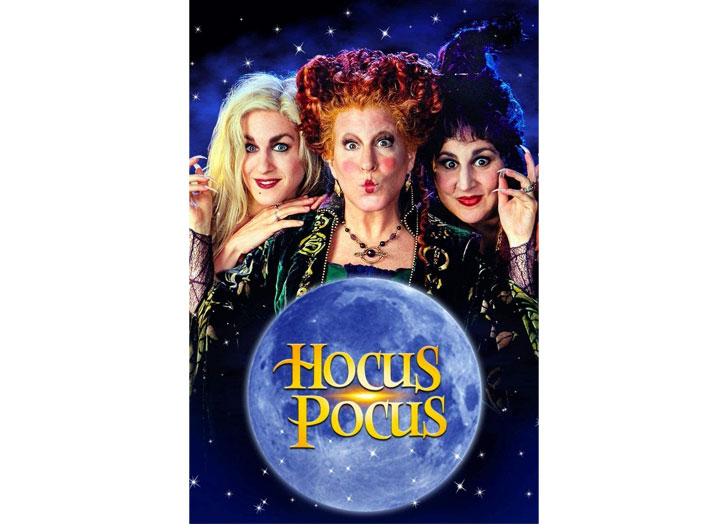 Hocus Pocus is a quirky, live-action Disney film and Halloween favorite that stars Bette Middler, Sarah Jessica Parker and Kathy Najimy as the Sanderson sisters, a trio of outlandishly evil witches who, upon being accidentally revived, have every intention of sticking around to cause mischief. Grab the popcorn and get ready for some zany, PG-rated comedy. 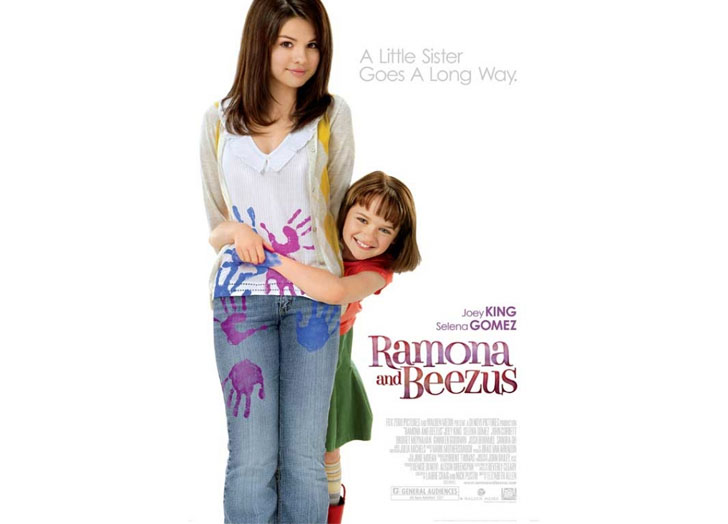 While this one doesn’t quite do justice to the spunky sister dynamic and charming childhood antics you’ll find in the Beverly Cleary book series upon which it was based, Selena Gomez and Joey King are still highly entertaining in this wholesome and kid-friendly flick. 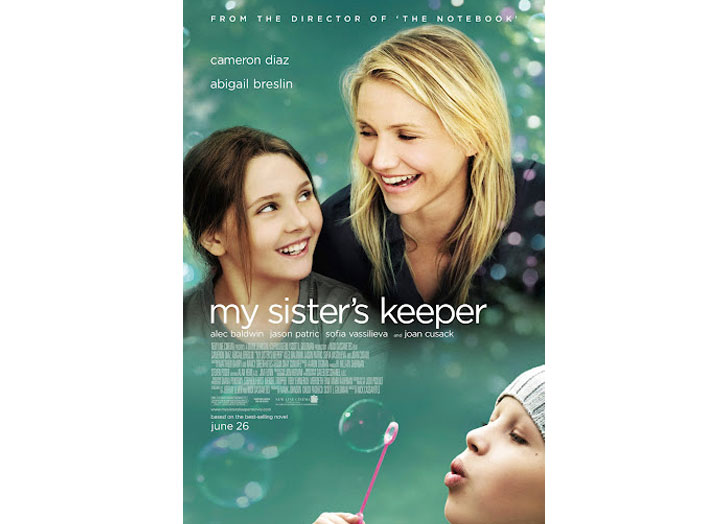 This heart-wrenching drama starring Cameron Diaz, Abigail Breslin and Sofia Vassilieva tells the story of a young girl who decides to sue her parents for conceiving her solely to be a marrow and organ donor for her terminally ill older sister. Spoiler alert: You’re going to need tissues for this one. 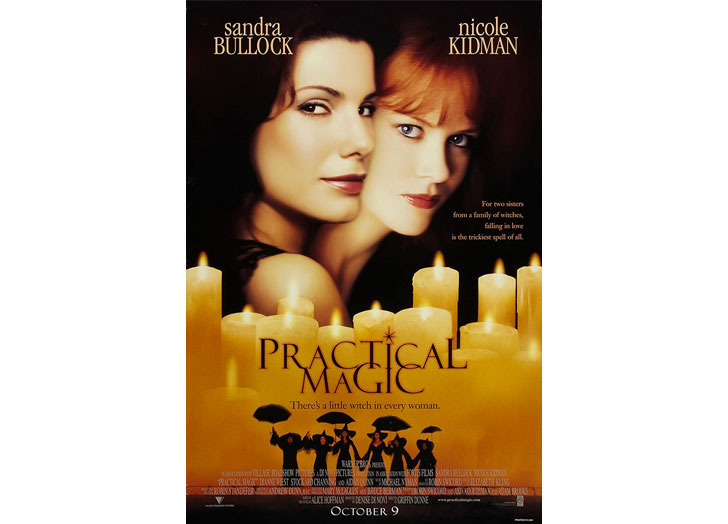 Fantasy, comedy and romance combine in this offbeat 90s film in which Sandra Bullock and Nicole Kidman star as Sally and Gillian Owens, two sister witches who have eschewed magic for most of their lives, but end up deciding to learn the craft for practical purposes—namely to resurrect Gillian’s violent ex and avoid becoming suspects in his sudden death. 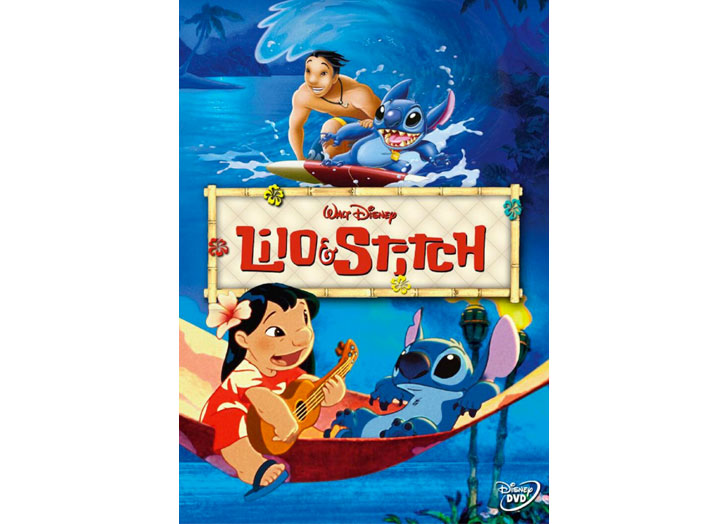 Another winning Walt Disney feature film that strays from the classic princess themes, Lilo and Stitch tells the story of two sisters, Nani and Lilo, who are struggling to get by independently after the death of their parents. Hint: The real fun starts when they stumble upon an extraterrestrial pet. 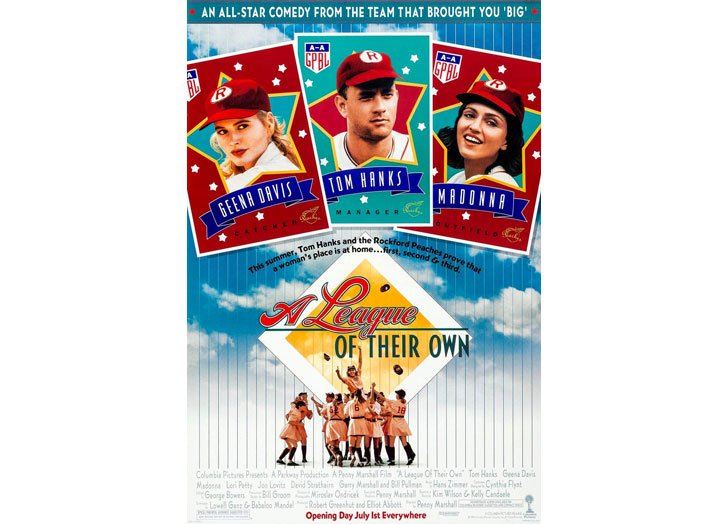 Sibling rivalry is on the menu in this feminist classic in which Geena Davis and Lori Petty star as two sisters who both find themselves recruited for the first professional female baseball league, albeit for very different reasons (and in spite of their very different priorities). 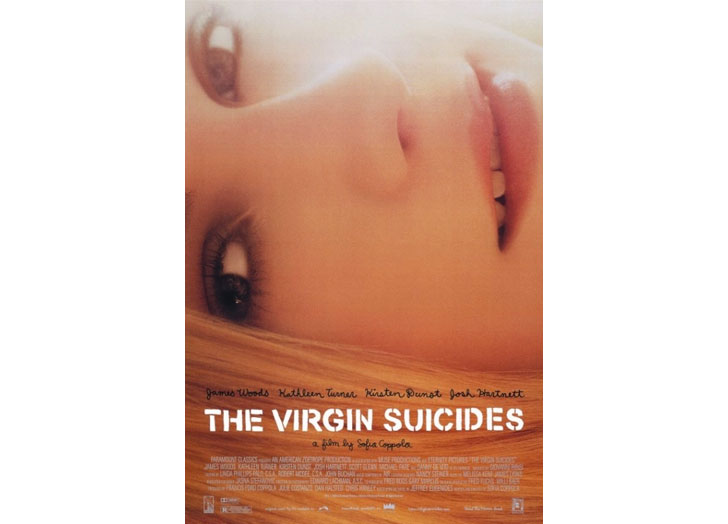 Based on the Jeffrey Eugenides book by the same name, this dark number from director Sofia Coppola revolves around the lives of five beautiful teenage sisters in a sleepy 1970s suburb and the tragic fates they all meet. Suffice it to say, The Virgin Suicides is not your typical coming-of-age flick. 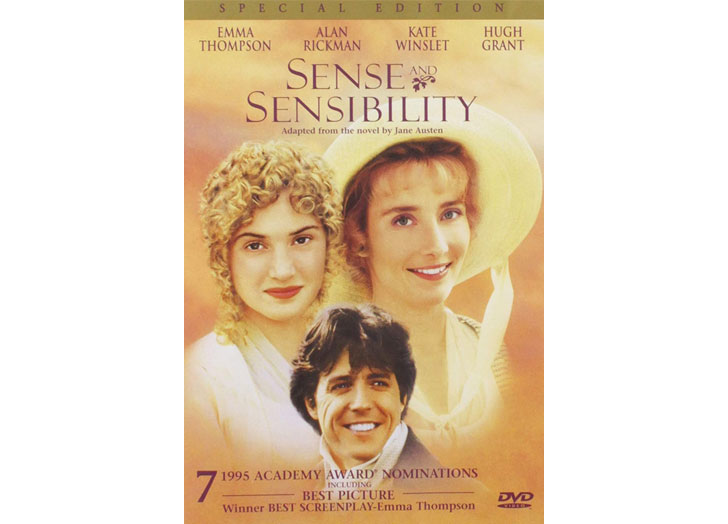 In case you missed it, sisters were basically Jane Austen’s muses and Sense and Sensibility is another film adaptation of a classic from the beloved author that fits the theme. Much like Pride and Prejudice, this movie stays true to the satirical spirit of the original work and boasts stellar performances from an all-star cast that includes Emma Thompson, Kate Winslet, Hugh Grant and Alan Rickman. 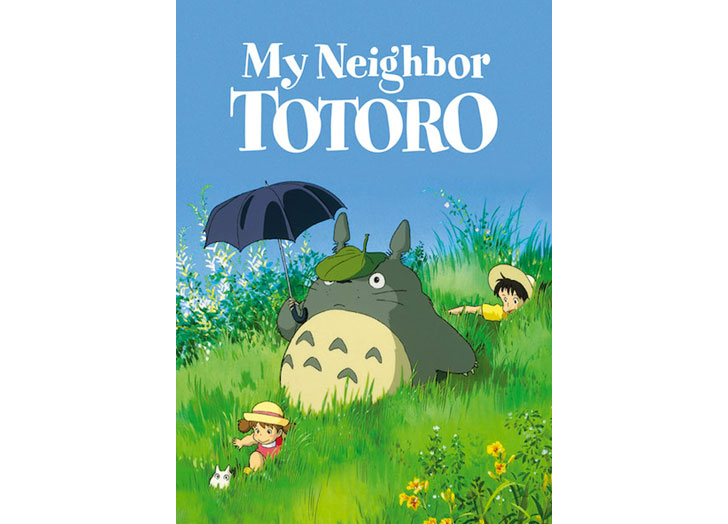 When two sisters move with their father to the country to be closer to their sickly, hospitalized mother they discover a magical world of spirits and embark on a big adventure. Visually stunning and critically acclaimed, this Japanese animated film is a must-see. 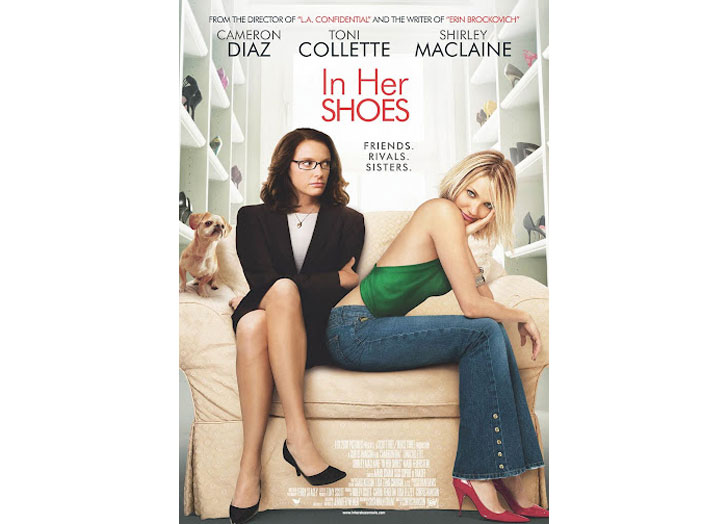 This romantic comedy starring Toni Colette and Cameron Diaz starts off with more cliches than you can count: For starters, there’s a dead mom and two sisters with very different personalities that decide they can’t stand each other—in this case because the party girl made a pass at the hard working sister’s love interest. Against all odds, though, In Her Shoes is actually not cringey at all; in fact, excellent acting along with a surprising amount of emotional depth make this one well worth a watch. 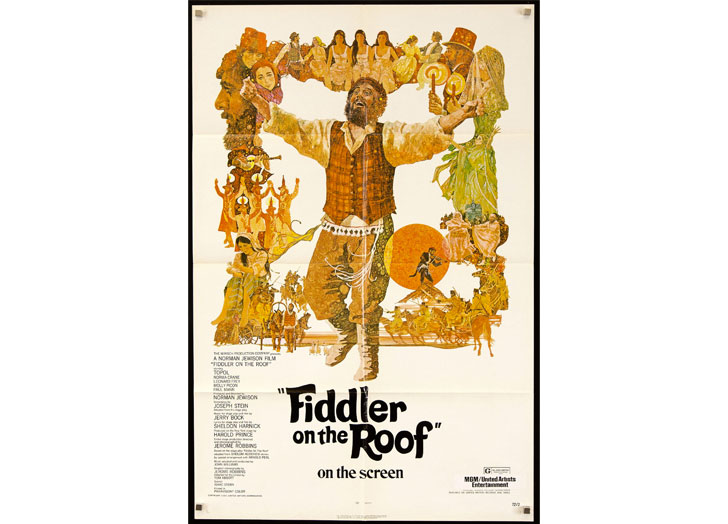 Jerry Bock and Sheldon Harnick are the masterminds behind the memorable tunes in this classic 1971 musical based on the book by Joseph Stein, which takes place in a Jewish village in pre-revolutionary Russia and has follows three sisters and their father’s intention of marrying them off. 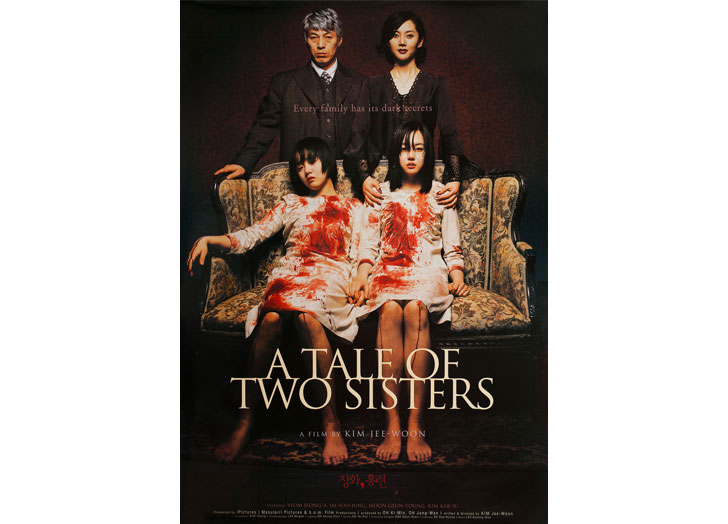 If you’re looking for a sister flick that will genuinely spook you, A Tale of Two Sisters will do the trick. Don’t be fooled, though, this South Korean psychological horror about two traumatized girls haunted by the ghost of a dead family member delivers more than just cheap thrills—it’s a work of art in terms of both acting and cinematography. 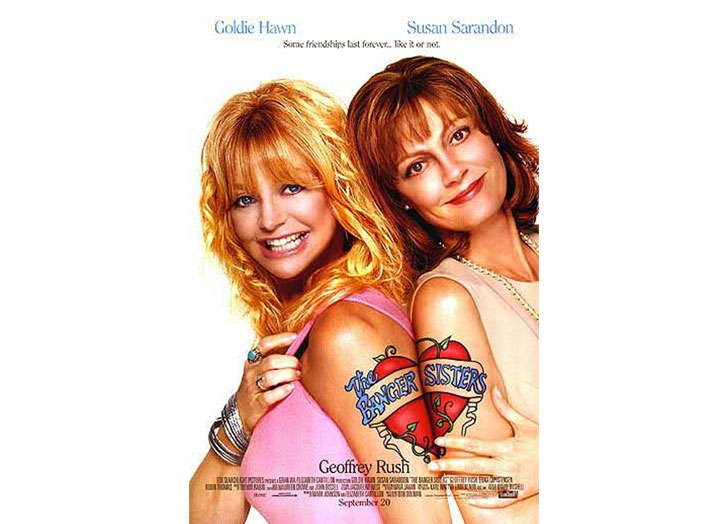 Lavinia (Susan Sarandon) and Suzette (Goldie Hawn) might not be sisters by blood, but you’d never know it from the dynamic these two former best friends and rock n’ roll groupies share when they reunite two decades later, and in very different places in their lives. 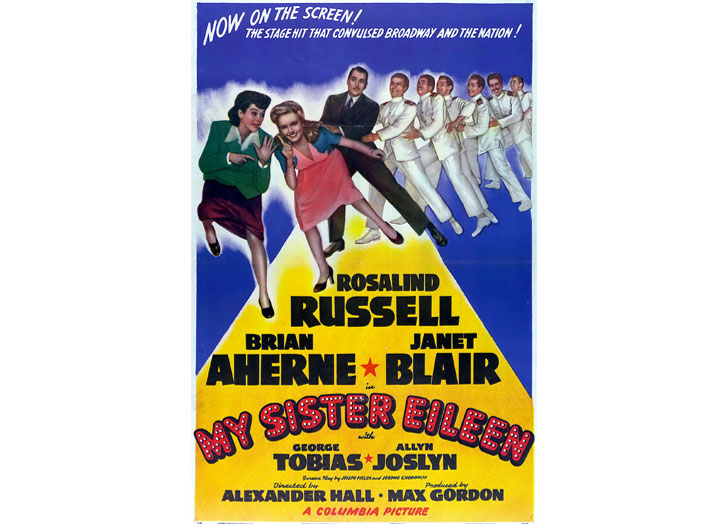 Ruth and Eileen are two sisters from a small town in Ohio who have separate career goals, but a common dream of making it big in the Big Apple. When they set out together in search of fame, things get a little weird—namely because Ruth ends up impersonating her more beautiful sister in the hopes of landing her dream job. My Sister Eileen is a hilarious musical comedy and the definition of an oldie-but-goodie. 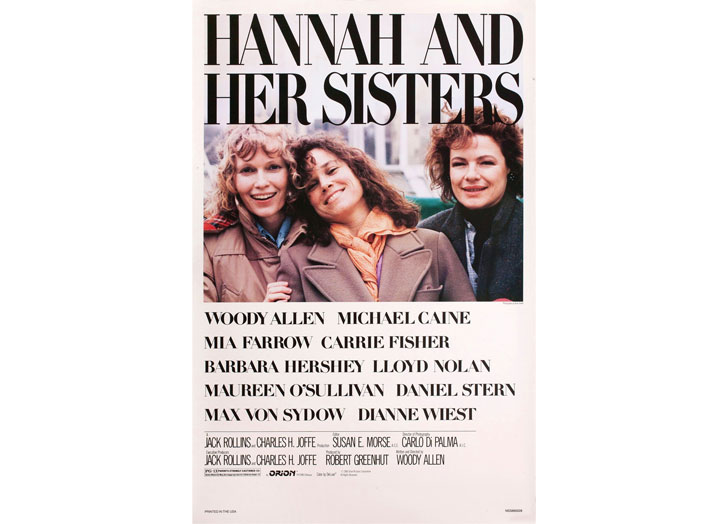 An Academy Award-winning classic from Woody Allen, this dramedy features Mia Farrow, Barbara Hershey and Dianne Wiest as sisters whose dysfunctional relationships with one another, as well as their extramarital love triangles, play out over the course of multiple Thanksgiving dinners. The film, which unfolds with a series of vignettes, is equal parts poignant and hilarious, and often lauded as Woody Allen’s best work. 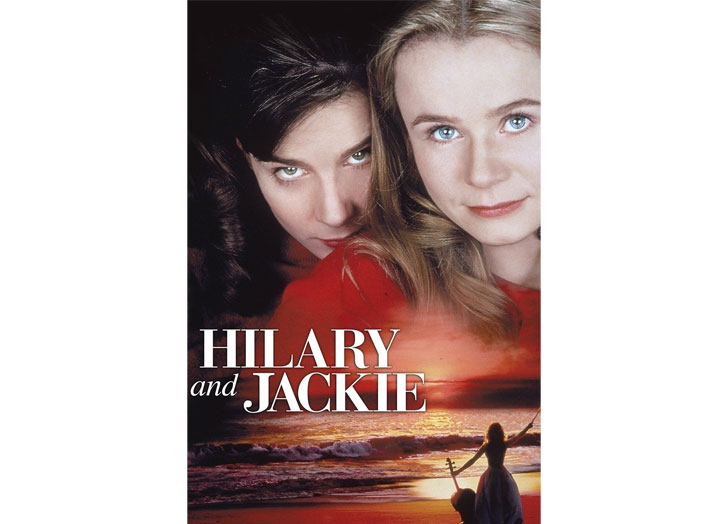 Emily Watson and Rachel Griffiths give topnotch performances in this British biographical drama about the Du Pré sisters—two musical prodigies whose talents were both hindered and helped by the combination of cutthroat rivalry and unabiding love that characterized their relationship—and the tragedy that cut one of their lives short. 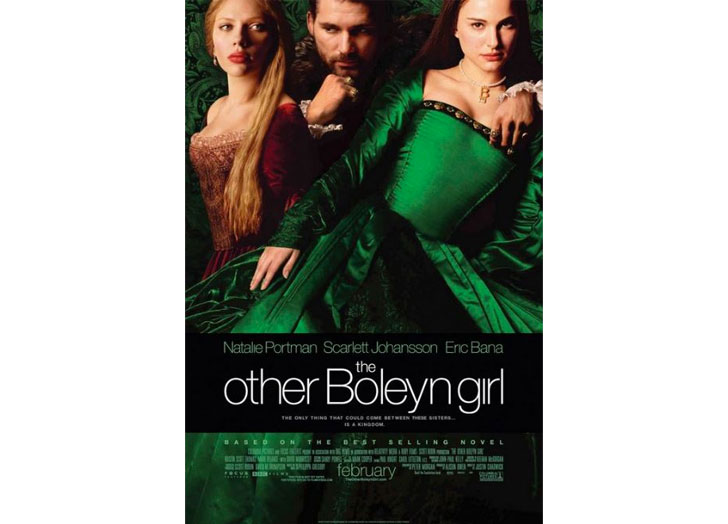 Here, a fictionalized historical account of two beautiful and ambitious sisters, played by Scarlet Johansson and Natalie Portman, and their competition to win the affection of King Henry VIII. This period piece promises a juicy viewing experience with oodles of romance and intrigue. 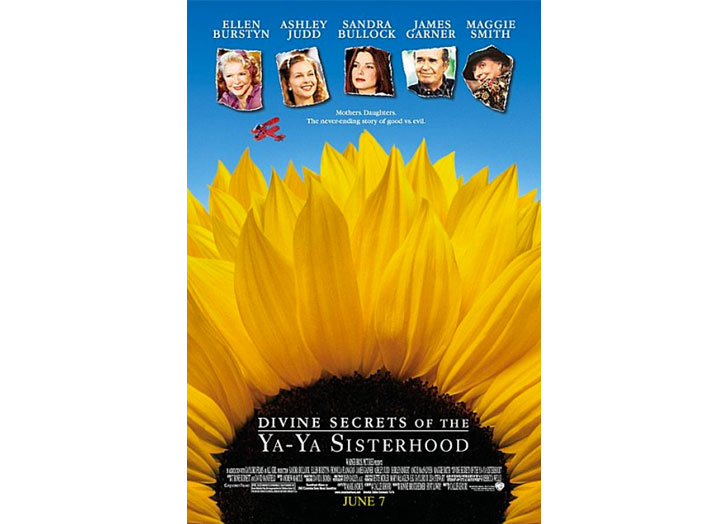 While there is a sister pair involved, a different family dynamic takes center stage in this movie about a famous playwright named Sidalee (Sandra Bullock) and her rift with her wounded mother (Ellen Burstyn). Spoiler: Reconciliation is ultimately achieved, thanks to a wild group of family friends and their unconventional way of forcing the issue. 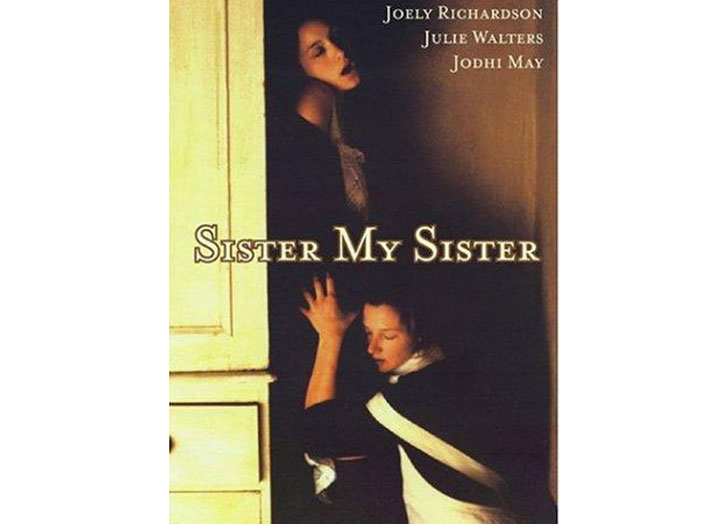 After being separated in childhood, two sisters are reunited as servants for the same upper-class family in provincial France, which sounds like the makings of a happy ending. Alas, things take a turn for the weird in this British true crime flick when said sibling relationship evolves into something, er, more intimate than what nature intended. 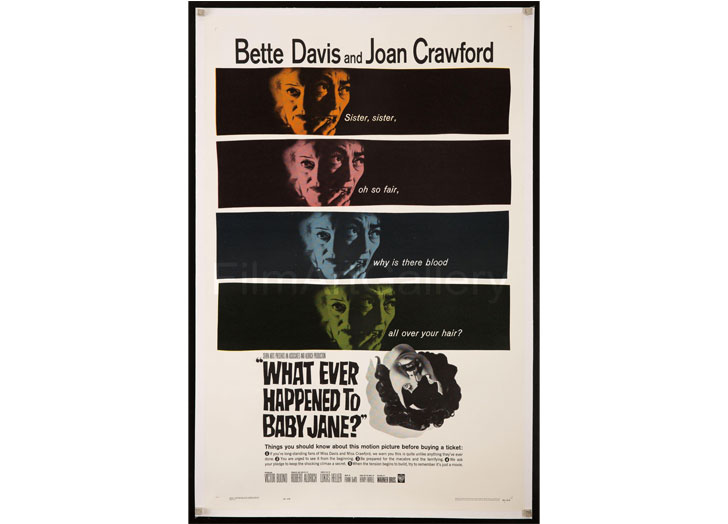 Bette Davis and Joan Crawford star in Robert Aldrich’s 1962 thriller about two sisters—both Hollywood hasbeens and rivals with a deep, mutual hatred for one another—who move into an old mansion together and begin a chilling descent into madness. 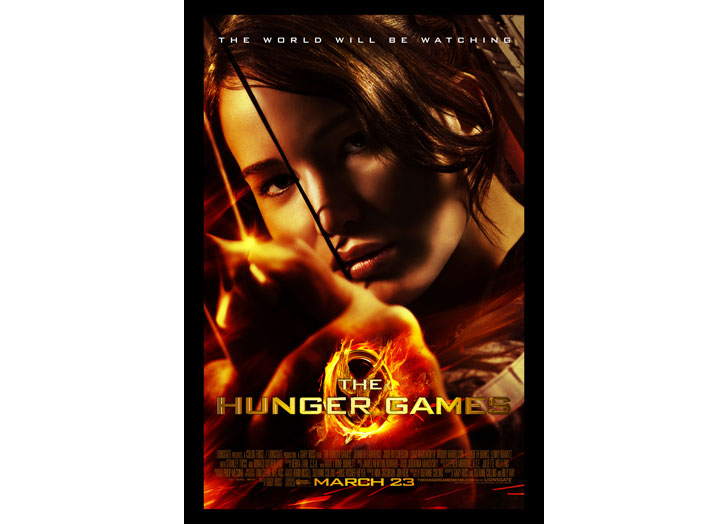 The Hunger Games takes place in a dystopian future in which the popular form of entertainment is a televised fight to the death between a group of randomly selected teenagers. As you might expect, the content here is more disturbing and violent than anything else—but it’s worth noting that it all begins when big sis and main character Katniss, played by Jennifer Lawrence, volunteers to take her little sister’s place in the brutal game. (Aww.) 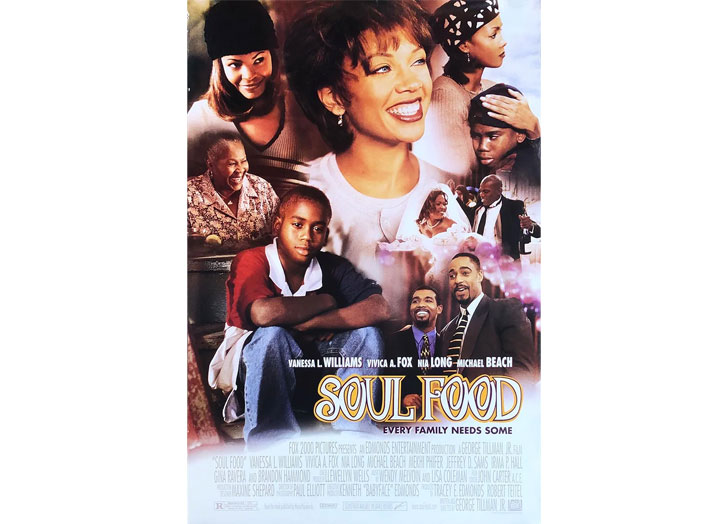 A poignant dramedy in which Vivica A. Fox, Vanessa Williams and Nia Long star as three sisters whose personal choices and interpersonal tension threaten to take down the whole family unit after the death of the beloved matriarch Mama Joe, if not for the scheming of one very clever grandson. 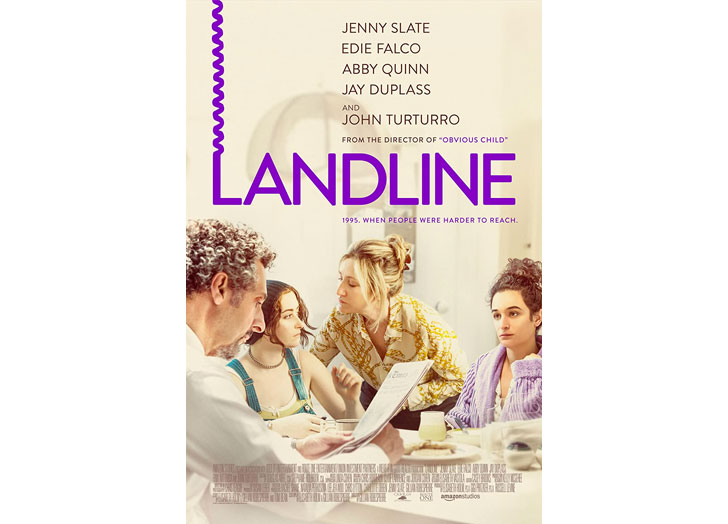 Gillian Robespierre directs this refreshingly authentic indie comedy about infidelity and family dysfunction: There’s a younger sister who discovers her father’s affair, an older sister who’s getting wild, and lots and lots of sex. The most noteworthy thing about Landline, though, is its unexpectedly charming portrayal of a fractured family and the hopefulness of its message—namely, that broken relationships can evolve into something better. 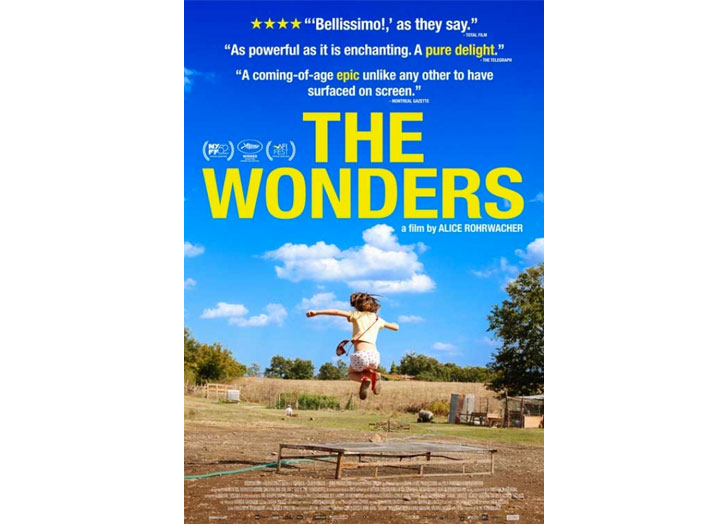 Quiet and anti-climactic, but thoughtful and artistic—The Wonders is an indie gem about a family of beekeepers, consisting of three daughters, who find their routines, dynamics, and rural lifestyle upset by the arrival of a troubled teenage boy. Watch this if you’re in the mood for some Italian arthouse stuff with a gentle touch. 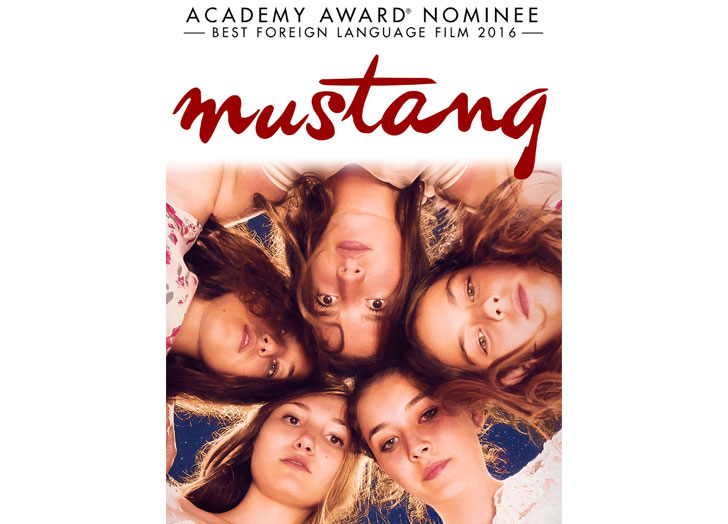 This Turkish-language, Oscar-nominated drama starts carefree—just four orphan sisters playing with local boys—but quickly turns into something much darker and a commentary on patriarchal and religious oppression. That said, not everything about the narrative is bleak: The sisters in this film are victims, yes, but they’re also an infrangible force of love and hope, and their story is told with a poetic touch and the deference it deserves.

28 THINGS ALL SISTERS TOTALLY GET