﻿‘Moonshot’ May Be a Sci-Fi Rom-Com, But That's Not Why It's a Must-Watch

Fasten your seatbelts, because Moonshot is about to take you on a ride that’s much wilder than you expected.

The new sci-fi rom-com, which hits HBO Max on March 31, follows a brilliant college student named Sophie (Lana Condor), who enrolls in the Kovi Industries Program to travel to Mars and be with her boyfriend, Calvin. However, a barista's assistant named Walt (Cole Sprouse) also sneaks onto the space shuttle. And over the course of their 35-day journey to Mars, they develop an unlikely romance. Sounds simple, right?

But here’s the thing—this movie isn’t just a charming fairytale. Moonshot also explores the concept of the American Dream and boldly tackles immigration—but it does so under the guise of a love story that’s set in space. Yes, Sprouse and Condor’s comedic chops are sure to elicit a few chuckles and their chemistry is believable. But the film also holds a giant mirror up to America, exposing its many flaws through thought-provoking themes and layers of symbolism.

All throughout the movie, we’re pretty much bombarded with real-life parallels that are hard to miss. For instance, there’s Walt’s story arc, which closely mirrors those of ambitious immigrants who once viewed America as the promised land. In the film, Walt is so desperate to go to Mars that he applies (and gets rejected) a whopping 37 times. That alone speaks to the false notion that people who have less money should just “work harder” to earn their success when, clearly, this isn’t always the case. And when Walt obsesses over this Utopian planet (to the point where he can’t even focus on his job), it feels similar to the true stories of visitors who put the U.S. on a pedestal.

One standout moment comes when Walt attends a party with his friend and instantly connects with a woman he believes is his dream girl. In typical fashion, he airs his frustrations about not getting to escape the “garbage factory” that is Earth (more on this later) and go to a better planet. In response, Ginny (Emily Rudd) says, “When you look at something from this distance, it’s all possibility. Then every step you take towards that strips it away, until it is what it is. What it always has been.”

Those overly poetic words don’t stop Walt from sneaking aboard a space shuttle and expecting the adventure of a lifetime. He goes after Ginny and he finally makes it to his dream destination. But in just a matter of days, he starts to see Mars and his long-time billionaire hero, Leon Kovi (Zach Braff), for what they really are. And that initial excitement quickly wears off. 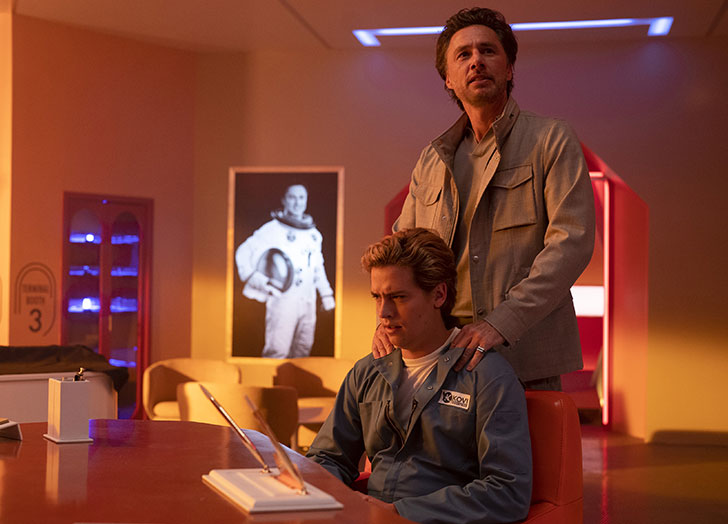 During his first meeting with Kovi, the billionaire casually tells Walt that while he’s "unremarkable in every way," his coming to Mars will make his dull life “a tickle more meaningful." And when Walt speaks with the captain of his ship about his first impression of Mars, he admits, "I thought that I would get here and be changed or something, but now I'm here and it's exactly the same." One can’t help but draw similarities to the experiences of newcomers who were disillusioned after they left their home country. But more importantly, it speaks to the common belief that one’s value as a human being is tied to where they live.

The fact that planet Mars is populated with well-off people who ship all of their trash to Earth is no accident either. (According to The New York Times, American exporters continue to ship plastic waste to poorer countries.) But in the film, Sophie is like a beacon of hope—all thanks to her expertise in eco-reconstruction and her determination to save Earth through waste reduction technology. In one scene, she confidently tells Walt that it's "trash-eating plants" that are going to save the world. 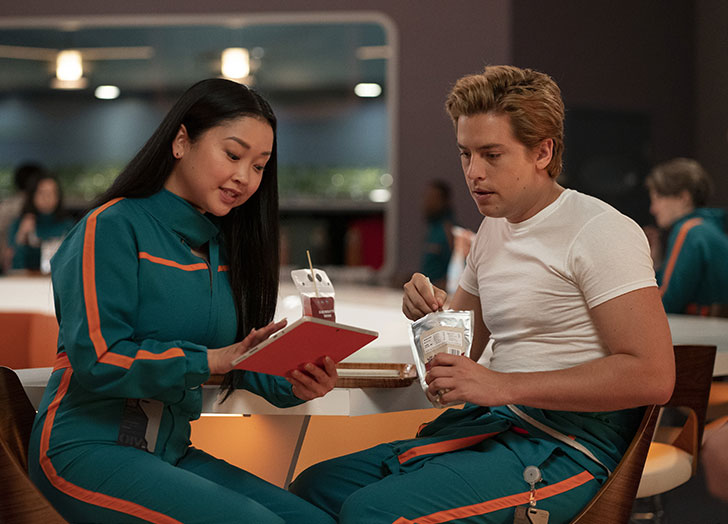 Although the writers tackle so many timely issues, it’s worth noting that the dialogue is a bit over-the-top. For example, after Walt opens up to Ginny about his desire to go to Mars, she literally recites an entire passage from Sarah Stewart Johnson’s book, The Sirens of Mars. And when he’s forced to do an impromptu presentation for fellow passengers on the shuttle, he launches into an emotional speech that sounds like it came straight out of a Nicholas Sparks novel.

But while the writing isn’t perfect, Condor and Sprouse deliver solid performances. Watching their love-hate relationship blossom into a romance is easily a highlight. However, it seems that this love story isn’t the only thing that Moonshot wants us to pay attention to.

Moonshot may be a feel-good romcom with cheesy dialogue—but it isn’t the kind of movie you want to casually breeze through. A closer look at the details will tell you that it also has plenty to say about our modern society, from classism to immigration policies.