Our favorite rom-com star, Lana Condor, is heading to HBO Max for a new romantic flick. Only this time, she'll be ditching the plaid skirts and floral dresses for space gear.

PureWow recently caught up with the star of To All the Boys I've Loved Before, who's now partnering with PINK for its holiday “Unwrapped” campaign to help young adults prioritize self-care and mental health during the holidays. As part of the initiative, PINK will donate $200,000 to mental health nonprofit The Jed Foundation.

Condor also filled us in on her upcoming film, Moonshot—﻿a sci-fi romantic comedy about two college students who get trapped on a space ship while trying to get to Mars. And the actress had quite a lot to say about her co-star and Riverdale actor, Cole Sprouse. 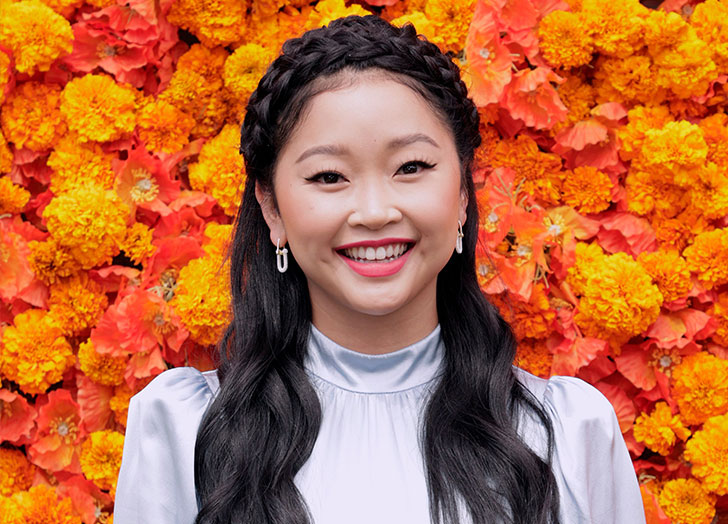 Condor gushed, “Cole is an incredible performer and a wonderful friend. Working with him was seriously such a joy. It felt like playing every day, it was so much fun.”

She continued, “It honestly was the highlight of the past six months for me, because it’s like working with your friend, which is always really fun and doesn't feel like work. But also, he's been in this industry [his whole life]. And so I learned so much from him. Watching him work was very inspiring, and he’s such a professional in his own right.”

A release date has yet to be confirmed, but Moonshot will mark Condor's first starring role since she completed Netflix's trilogy of To All the Boys. Chris Winterbauer directs the film, while Riverdale executive producers Greg Berlanti and Sarah Schechter also join forces with Entertainment 360 to produce.

As for what fans can expect, Condor says that it definitely won't disappoint. “Moonshot is gonna be awesome. It's gonna be on HBO Max. And it's basically Cole and I in a spaceship, traveling across the universe. So, you can imagine what that's like. Being stuck in a spaceship with Cole.”

In case you missed it, Sprouse revealed in a since-deleted Instagram post that he's "the last person you want to be trapped on a spacecraft with." Sounds like this love story will be very different from Lara Jean and Peter's relationship, but something tells us that Condor and Sprouse will still give us all the feels.

Lana Condor Shares the No. 1 Self-Care Ritual She Practices Daily During Quarantine