What Is Kerry Washington's Net Worth? See How the ‘Scandal’ Star Amassed Her Fortune

To say that Kerry Washington is taking the entertainment world by storm is an understatement.

We've seen the Emmy Award-winning actress grace our screens in some of the most memorable roles, from Olivia Pope (Scandal) to Mia Warren (Little Fires Everywhere). But when she's not showcasing her acting chops, Washington stays pretty busy behind-the-scenes, from the launch of her production company, Simpson Street, to her directorial work on shows like SMILF and Insecure.

It might explain how Washington landed on Forbes' lists of highest-paid TV actresses in 2016, but her earnings have grown even higher since then. So, what is Kerry Washington's net worth right now? Read on for details. 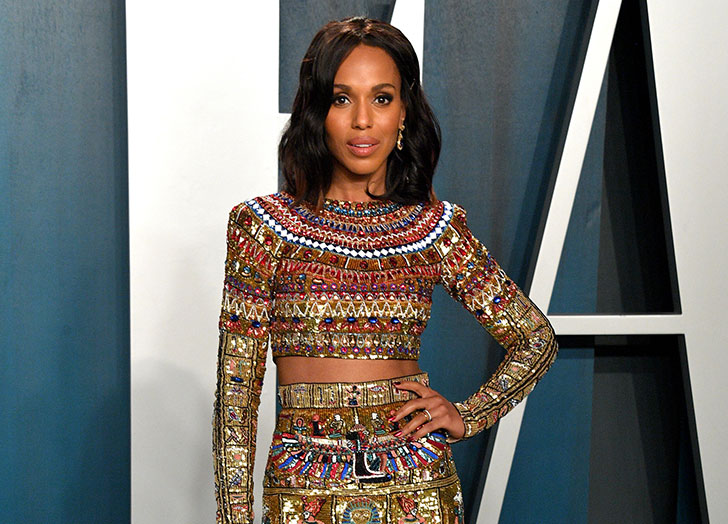 1. What Is Kerry Washington's Net Worth?

In 2016, Washington's total net worth was $13.5 million, making her the sixth highest paid actress, according to Forbes. But now, per Celebrity Net Worth, that number has more than tripled. The actress is now worth a cool $50 million.

2. How Much Did She Make From ‘scandal’?

While playing Olivia Pope, the actress earned a salary of $250,000 per episode, which adds up to around $4.5 million per season, depending on the number of episodes. Since the show ran for a solid seven seasons, that brings the total figure up to a pretty big portion of her total net worth.

3. Does She Have Endorsement Earnings?

She certainly does. Washington got a hefty sum after partnering with companies like Apple, Neutrogena and Mavado from 2016 to 2018. In fact, according to Celebrity Net Worth, she raked in a total of $36 million. Definitely impressive.

4. How Much Did Kerry Washington Make From ‘little Fires Everywhere’?

Washington starred in and executive produced Hulu's Little Fires Everywhere, where she earned four times more per episode than she made on Scandal.

That's right. According to Business Insider, the Emmy Award winner earned $1.1 million per episode. With the show's eight episode run, that brings her total up to roughly $8 million for a single season. Whew.

5. What About Washington's Movies?

As you may already know, Washington is known for quite a few popular films, including Ray, The Last King of Scotland, Fantastic Four and Django Unchained. And of course, there's her most recent Netflix hit film, The Prom, where she plays Mrs. Greene. Although her estimated earnings are unknown, it's safe to say that they played a big role in swelling her bank account.

Stay up-to-date on all things Kerry Washington by subscribing here.