Everything You Need to Know About Emma Roberts’s Boyfriend, Garrett Hedlund

ICYMI: Emma Roberts just confirmed that she is expecting her first child with boyfriend Garrett Hedlund by sharing sweet photos of the couple featuring her baby bump.

While scrolling through the slideshow numerous times, we realized we actually know very little about Emma Roberts’s boyfriend, so we did a little digging. Read on for all the deets. 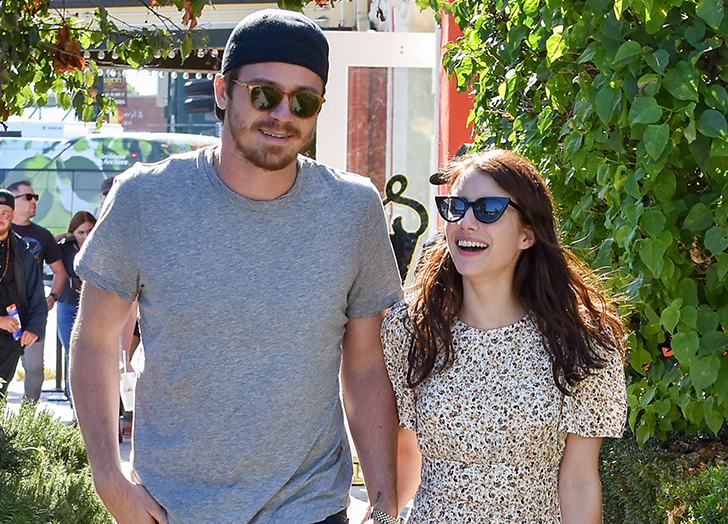 Garrett John Hedlund is an American actor, model and (occasional) singer. The 35-year-old was born in Minnesota and has made a pretty impressive name for himself in Hollywood. His films include Friday Night Lights, Four Brothers, Eragon, Tron: Legacy, On the Road and Triple Frontier to name a few.

2. When did he start dating Emma?

Us Weekly confirmed in March 2019 that the Scream Queens alum and the Troy star were dating following her split from Evan Peters (whom she was even engaged to at one point). “Garrett and Emma have been friends, but this is new, casual and just a couple of weeks old,” a source told the outlet. We’re not sure how long the duo has “been friends” prior to their relationship.

For the most part, the 35-year-old has kept his private life pretty under wraps. However, he previously dated Kirsten Dunst from 2011 to 2016. The pair met while filming their movie On the Road and called it quits shortly after Hedlund accompanied her to the Emmys in 2016.

4. So, are they actually expecting a child?

They sure are. Weeks after Us Weekly broke the news, Roberts confirmed it with an Instagram slideshow late Sunday/early Monday. She shared several pictures showing off her baby bump and announced the gender of her unborn child in the caption: "Me...and my two favorite guys." She also tacked on two blue heart emojis for good measure.

Congrats to the happy couple!