These Are the Most Divorce-Proof Celebrity Couples, According to a Body Language Expert

In Hollywood, it’s hard to tell which relationships are real and which are publicity stunts. That’s why we turned to body language expert Darren Stanton, who analyzed several photos of celebrity couples and picked seven pairs that seem the most compatible.

“While posing for photos and videos, some celebrities tend to fake emotion—but the most faked emotion is that of happiness and joy. And sometimes celebrities are guilty of faking being happy with their significant other,” Stanton told PureWow (on behalf of Slingo). “However, for these eight couples and in their press photos, we see genuine smiles and displays of joy and happiness.”

Keep reading for a list of the seven most divorce-proof celebrity couples, based on their body language. 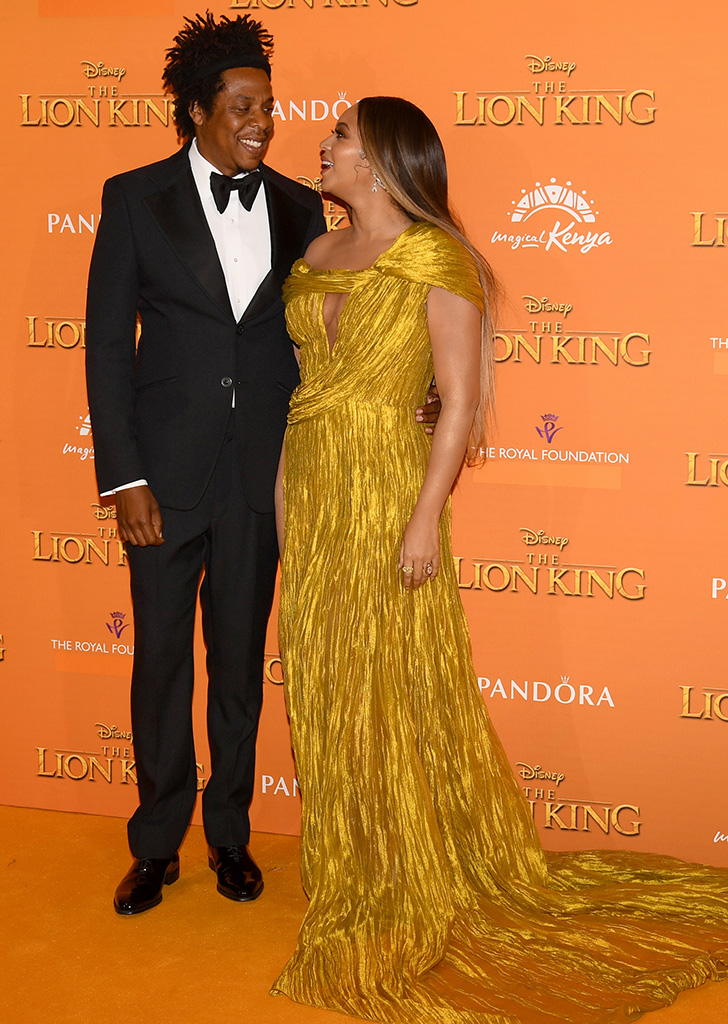 Stanton’s study of Jay-Z and Beyoncé reveals that see each other as equals. “Both of them are pretty much equally successful in their own right that they clearly have no egos when it comes to each other,” he said. “In the photograph, we see the pair being very tactile and giving each other sustained eye contact, which again is very important. In a relationship, if people do not prolong eye contact with each other then it tells me they are not at the same level of rapport they are trying to convey to the press.” The body language expert also adds, “There is an obvious sense of enjoyment and happiness on their faces as they smile at each other. It’s clear to me that the two are very much for each other in this relationship with no power struggles emerging.” 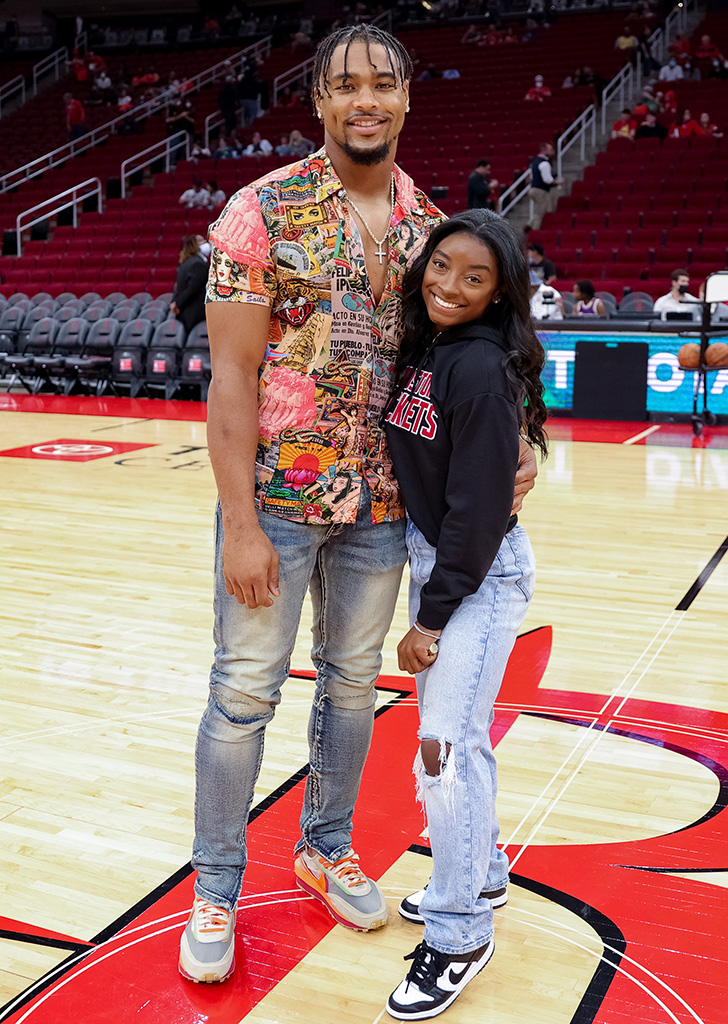 The same goes for Simone Biles and Jonathan Owens, who were all smiles while attending an NBA game. “With Simone and Jonathan, they appear a very strong couple as they embrace each other for a photo,” Stanton says. “It’s clear that Simone supports Jonathan and vice versa, and we can see this through them comfortably leaning into each other to pose together.”

In fact, Stanton says this copying of each other’s posture is called mirroring, which communicates to that they share a very deep rapport by being so in tune with each other. 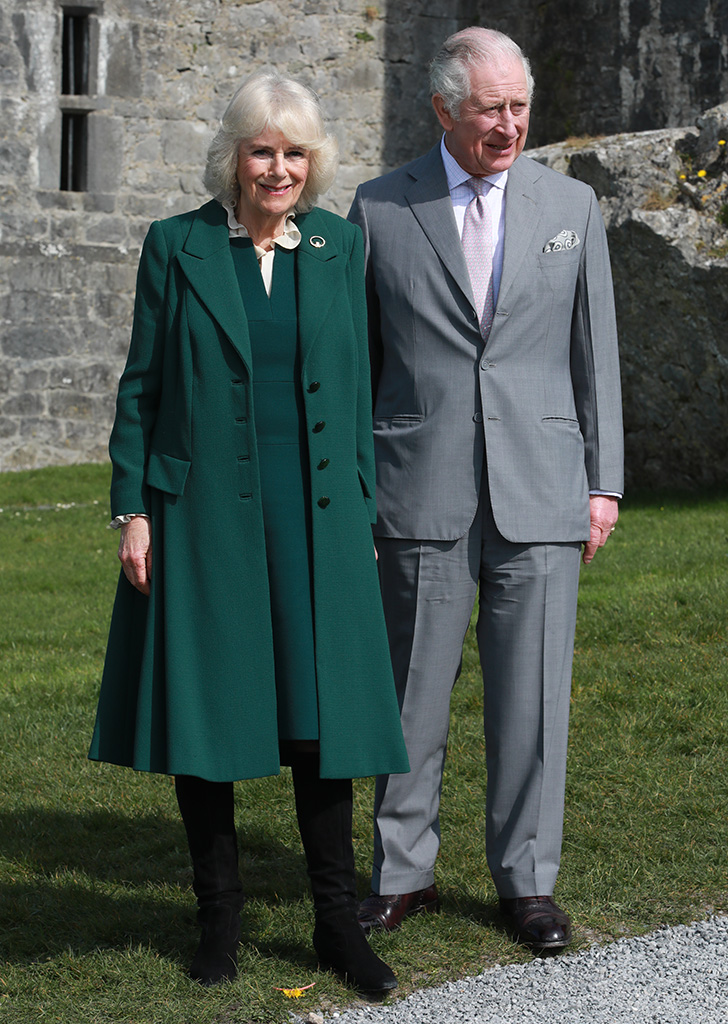 During a trip to Ireland, Camilla Parker Bowles stood by husband Prince Charles’s side—a move that asserts dominance. “While Charles has naturally been the dominant figure in the relationship due to his status, here we see the couple quite literally on equal footing,” Stanton perceives. “While they aren’t looking at each other, their body language is so in sync right down to the placement of their feet.” This implies to Stanton that there’s a deep connection and relationship. “Their smiles also appear natural and relaxed, indicating that they are comfortable together during a formal engagement.” 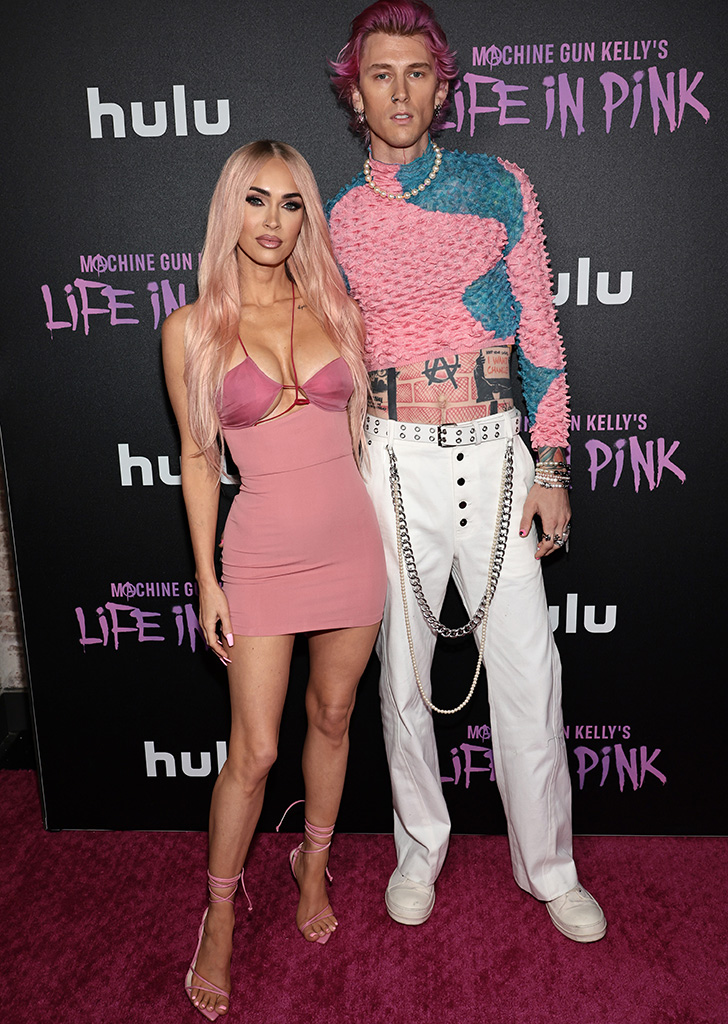 “This is a very interesting dynamic because the two are very much into shock value, and they often pose for very odd photographs,” Stanton says. “In this instance, their posing seems more natural and mirrored, so despite the lack of more obvious suggestions of compatibility like kissing, they are clearly comfortable and have a natural affection for each other.” 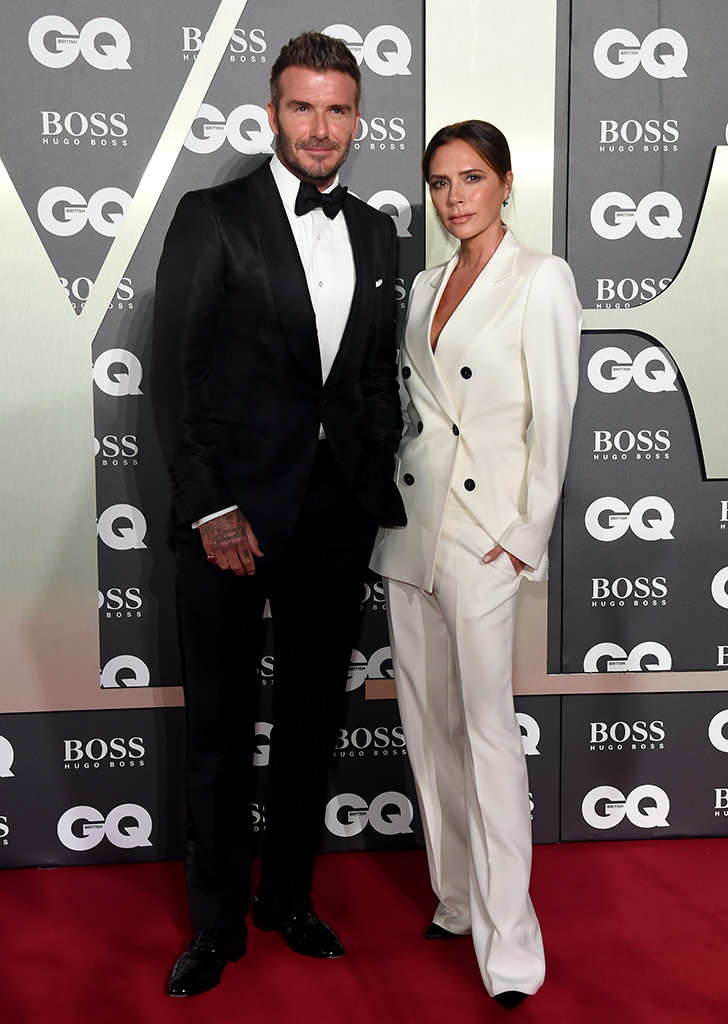 Stanton says that fans shouldn’t be deceived by Victoria Beckham’s often stoic demeanor. “I think Victoria Beckham has been the driving force behind David throughout his career and the building of the Beckham empire,” he shares. “As a couple, it’s clear David relies heavily on Victoria as she is very much her own person; she has developed her own persona and relationship with the press although famously—just as in this photograph—she very rarely smiles in public situations.” David, however, seems happy to smile for photos on the red carpet. To Stanton, this indicates a clear dynamic of opposites attract. “Here they are standing close together, comfortable in their different personalities but putting on a strong and united front.” 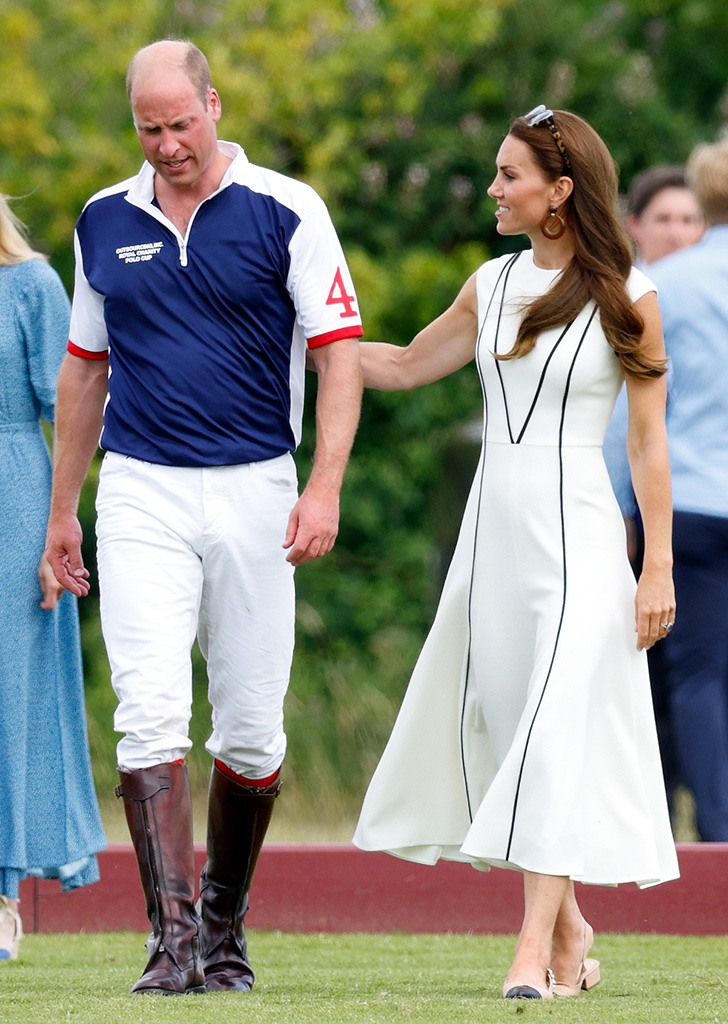 When Kate Middleton attended the Royal Charity Polo Cup, she showed nothing but support for her husband, Prince William. “In this photo, we can see Kate Middleton being publicly very tactile with her husband as her body language demonstrates how much of a support she is to Prince William,” Stanton tells us. “She’s being encouraging by placing her hand behind him and as she looks at him while doing so, it’s a reassuring gesture.” And that is no small thing—especially for such high-profile royals. “Being tactile in this way in public, especially for royals, signifies a strong bond and feeling comfortable enough with each other to put it on display so openly.” 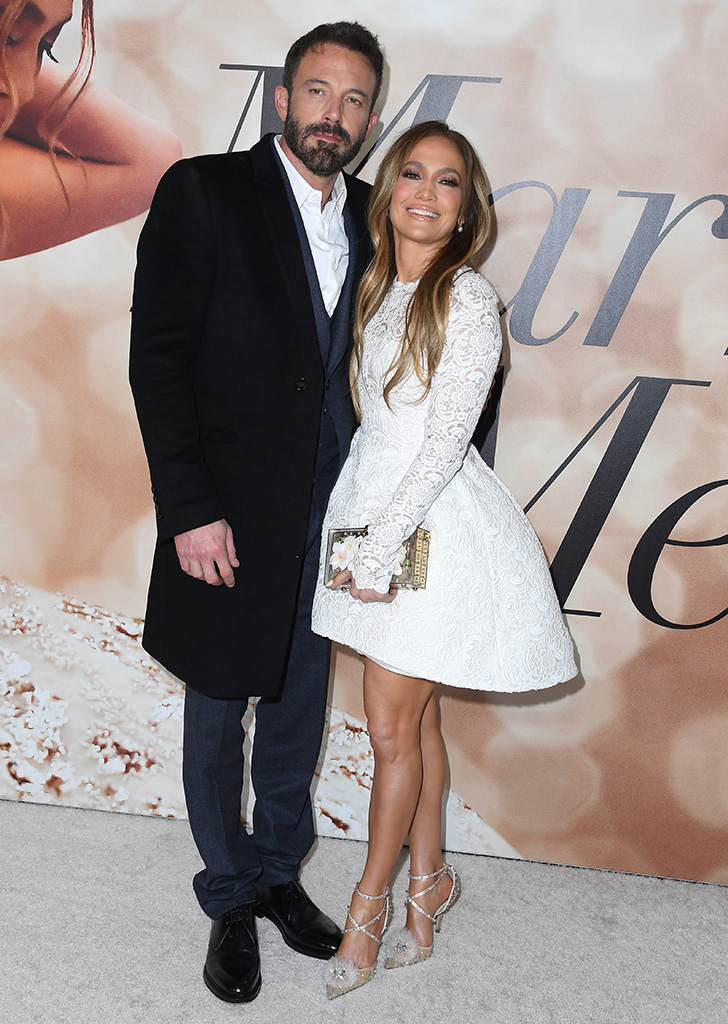 This list wouldn’t be complete with the newlyweds: Ben Affleck and Jennifer Lopez. “This relationship has been off on for many, many years,” Stanton notes. “However, now it’s clear it has reached a whole new level of rapport with Jennifer most certainly wearing the trousers in the relationship.” When it comes to body language, Stanton says, “As she beams in the photograph, Ben looks more subdued, which indicates that he is quite happy for her to take that lead position within their dynamic. We see other power gestures here such as her appearing to have her hand on Ben’s back.” As for all that on-again off-again drama, Stanton says, “I think the fact that they have split up and got back together so many years later says there is a deep fundamental connection between the two that neither one can deny as well.”

Parents Prince William & Kate Middleton Were ‘In Sync’ with Princess Charlotte, According to Body Language Expert