How 5 Real-Life Women Broke Up with Their Toxic Friends 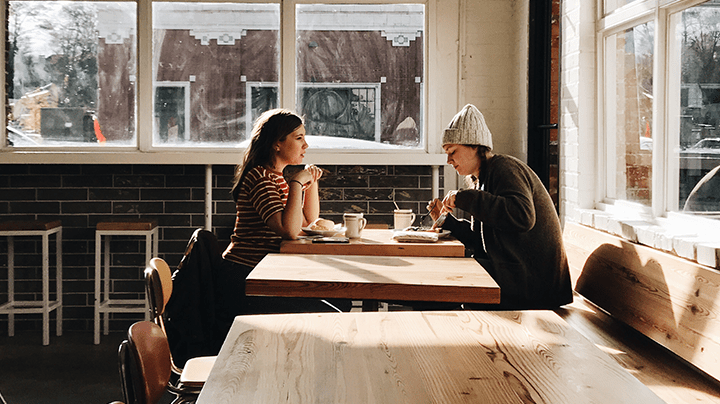 While you’re always quick to toss a bad online date to the curb (“He drinks light beer? Next.”), it’s a little trickier with friends you’ve known for years. If you’ve been letting an old toxic friendship dwindle on because it’s easier to sweep things under the rug than start a confrontation, take inspiration from these five real women who finally found the courage to pull the plug.

The Woman Whose Friend Ditched Her Wedding: “I invited an old friend from college to my wedding. We hadn’t really talked in the past year, but we’d gone long periods of time without seeing each other before and we always picked up right where we left off. But on the big day, she didn’t show up, even though she’d RSVP’d yes. Later, I checked her Facebook, and there were photos of her taking a road trip nearby that weekend…and even photos of her at a different wedding! Maybe she forgot, or got the date mixed up? I never confronted her about it, because I was waiting for her to say something first. But she never did. Eventually, I unfriended her on Facebook, and that was that.” – Alexandra, New Jersey

The Woman Who Was Tired of Playing Therapist: “I made friends with a guy I had a lot in common with, for better or worse: We ran in the same circles, had similar interests and both came from pretty messed-up families. We quickly became best friends. But although we had a ton of fun together, he had frequent mood swings and bouts of depression. He’d call me at all hours, expecting me to drop everything I was doing to have two-hour-long conversations about his current crisis. I felt terrible he was feeling so down—and isn’t listening and being there what best friends do?—but it quickly became clear that his issues were way over my head and he needed professional help. I begged him to see a therapist several times, but because he wasn’t taking my pleas seriously, I eventually stopped returning his calls. I felt awful (in fact, I still do), but I didn’t know what else to do. After we lost touch, his career took off and he got…famous. Unfortunately, from what I’ve seen online, he’s still having the same issues, but using his social media followers as an outlet instead.” - Justine, Nevada

The Woman Who Feared for Her Friend’s Safety: “I had a best friend in college who was always really wild (my mom hated that we were friends, because she was such a partier), but it was fun because we were in college. But after we graduated, she never changed or grew out of it. I started feeling wary about our friendship and found myself making excuses not to hang out with her. One night, I finally gave in and we went out for drinks. She got way too drunk, and then wanted to drive herself home from the bar, which was 45 minutes away. I told her I wasn’t going to let her and tried to call an Uber for her. She got really mad, and we got into a huge argument, but ultimately she ended up driving home. I kept expecting she was going to call back and apologize for how she acted, but she never did. We’d been best friends for four years, but never went out again after that.” – Eva, California

The Woman Who Realized Her Friendship Was Affecting Her Family: “I had to break up with a friend this year. She’s an addict, and it’s been really hard. She took so much from me without giving much in return. At first, I thought I could handle it, but other people in my life have been encouraging me to cut her off for a long time. After my son was born, I realized that I absolutely had to set some boundaries because I had so much less to give, both physically and emotionally. My time had to be reprioritized. Boundary setting didn’t go well with her, and she told me that she decided she didn’t want a ‘conditional friendship.’ I still try to stay in touch here and there when I can—this week I texted her something funny I saw online. But even as I write this, I’m realizing how hard it was for me and how fresh this hurt still is.” – Gina, Wisconsin

The Woman Whose Friend Cost Her Thousands of Dollars: “You could say I ‘broke up’ with my high school best friend about a year ago. We were like sisters in grade school, but she was always ‘the bad one’: lying to parents and boyfriends, always partying. In the years since, we stayed close, even with her living on another continent and us having grown in very different directions. But every time I saw her, I felt increasingly stressed out by her wild energy and felt like we just weren't on the same page anymore. Things came to a head when my fiancé and a few of my friends booked tickets to visit her overseas. A week before we left, she told us she had to leave unexpectedly for a work trip and oh—we could no longer stay with her. Thousands of dollars in changed plans later, we saw on social media that she had actually gone on vacation with her new boyfriend. She's reached out a few times since, and I have barely responded. Essentially, I decided that phasing her out would be for the best. (I'm awful at confrontations and was too shocked at the time to articulate my anger.) Some people I've talked to feel it's severe, but I really don't have energy for ‘friendships’ with people who I ultimately don't trust at all to tell me the truth.” – Ruth, Florida