Whether it’s your first buddy from kindergarten who you still keep in touch with (but who drains your energy every time you get together) or your roommate from college who somehow makes every conversation about her, you suspect you might be dealing with a toxic friend. Toxic patterns vary from person to person, but generally, therapist Irina Firstein tells us, “Toxic behavior is behavior toward other people that makes them feel bad about their life and themselves. It is characterized by criticism, control, manipulation and guilt.” For example, if your friend consistently shames you for prioritizing time with your own family over time with her, and if this has been an ongoing pattern for as long as you can remember, you might be dealing with a toxic person. Here, six signs you might have a toxic friend—and how to cope.

How to Help a Child with a Toxic Friendship 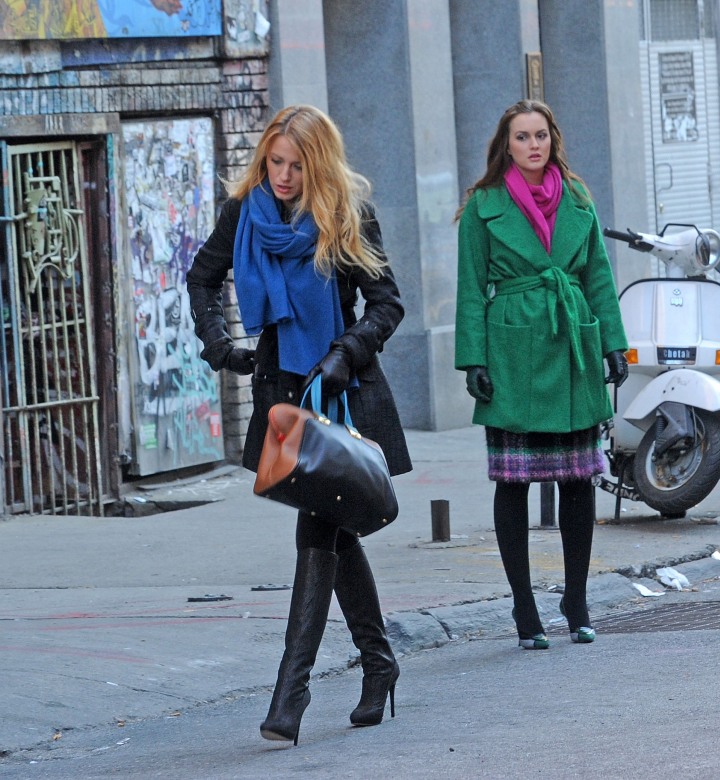 1. They Always Have Ulterior Motives

You get a text from your friend: “Are you free for dinner tomorrow at 7?” Seemingly harmless, sure, but you know that what she actually means is, “If you aren't free for dinner tomorrow at 7, I'll be mad at you for the rest of the week.” Per Abigail Brenner, M.D., “[A toxic person’s] modus operandi is to get people to do what they want them to do. It’s all about them. They use other people to accomplish whatever their goal happens to be. Forget what you want; this is not about equality in a relationship—far from it."

2. Their Apologies Are Never Sincere

Have you ever expected an apology from someone and ended up apologizing to them? Classic red flag. Let’s say your friend blew off the brunch plans you had last Saturday. When you confront him about it, he dives into a long story about how he got into a huge fight with the guy he’s dating that morning and he doesn’t think he’ll ever find his soulmate, and it’s all his parents’ fault for getting divorced when he was 5. You want to be there for him, it’s just…he’s always having a crisis. And weren’t you just talking about brunch? Shifting tactics and turning himself into the victim is toxic territory.

You just got off a 45-minute phone call with your college bestie only to realize that she didn’t ask you a single question about your life or how you’re doing. It’s one thing if she was dealing with an important issue or had some exciting news, but if this happens pretty much every time you talk, the relationship could be toxic.

4. They Take More Than They Give

Your friend agreed to come to your kid’s school play, but then he spent the entire time complaining—about the uncomfortable chairs, the lackluster performances and all the other, more fun things he could’ve been doing. Basically, he isn’t afraid to tell you what a miserable, awful time he had. While it's easy to write him off as being cranky, if he regularly makes everything about him (and insists you take care of his needs above your own), he's a toxic person.

A little bit of gossip never hurt anyone, but there’s a difference between harmless chitchat and something more sinister. You know the friend: After approximately 30 seconds of small talk, the convo turns to status updates about all the moms in your mom group and the ins and outs of their personal lives. Sure, it’s intriguing to know what may (or may not) be going on in the group, but after a while, it feels gross and mean-spirited—and also serves as a reminder that you probably have better things to do with your time.

6. When Confronted, They Tell You You’re Overreacting

Hello, gaslighting. As a quick refresher, gaslighting is a communication technique in which someone causes you to question your own version of past events. Many toxic people use gaslighting to maintain some sort of control over the people around them. Let’s say you were upset that a friend bailed on an event you were excited to throw (after promising she’d be there). When you call her out, she tells you that she doesn’t understand why you’re so upset. Saying “you’re making too big a deal out of this” is grade-A toxicity.

How to Deal with a Toxic Friend

1. Don’t Stoop to Their Level

When she starts ragging on that mom from school, resist the urge to jump in (we know—it can be tempting). Instead, offer a neutral response and pivot to a new subject. Once she realizes you’re not interested in joining her bad-mouthing bouts, she’ll probably start looking to do it elsewhere. Hopefully, your dismissal will also signal that her behavior is not normal, nice or appreciated.

2. Focus on the Good Stuff

Her incessant whining about how she’s never going to find a husband makes her a pretty irritating companion for brunch. But maybe you share a mutual love of art and enjoy your trips to museums together. To preserve the friendship, accept the fact that it may simply need to evolve (or devolve) into a different kind of friendship as you grow in different directions. Not every friendship has to be a best friendship, and it’s OK to adjust the terms of your relationship according to how it benefits you both.

3. Know When the Relationship Is Beyond Repair

Especially if you’ve been friends since childhood, it can be difficult to accept that, sometimes, a friendship has run its course and is no longer healthy. If you’ve always felt like you become your worst self when you’re around a particular pal, it might be worth ending the relationship altogether. “Toxic people are draining; encounters leave you emotionally wiped out,” Brenner says. “Time with them is about taking care of their business, which will leave you feeling frustrated and unfulfilled, if not angry. Don’t allow yourself to become depleted as a result of giving and giving and getting nothing in return.” Sound familiar? While it can be incredibly difficult to cut a cherished person out of your life, there’s no shame in doing so—especially if it feels like you’ve tried everything.