Every June 1, we see our go-to ride share service has changed its profile pictures to a rainbow car; we see advertisements for the Apple Watch Pride Band; we wonder who in God’s name approved Burger King’s Pride Whopper (seriously).

If you’ve ever noticed things like this and thought to yourself, ‘Gee, this seems a little icky,’ you’re not alone. It’s called rainbow-washing and, according to Urban Dictionary, it’s, “The act of using or adding rainbow colors and/or imagery to advertising, apparel, accessories, landmarks… in order to indicate progressive support for LGBTQ equality (and earn consumer credibility)—but with a minimum of effort or pragmatic result.”

Basically, it’s a type of performative activism, or supporting a cause or issue to garner attention, support or monetization from others rather than actually caring about making a difference in the cause. As we head into Pride month, here’s what you should know. 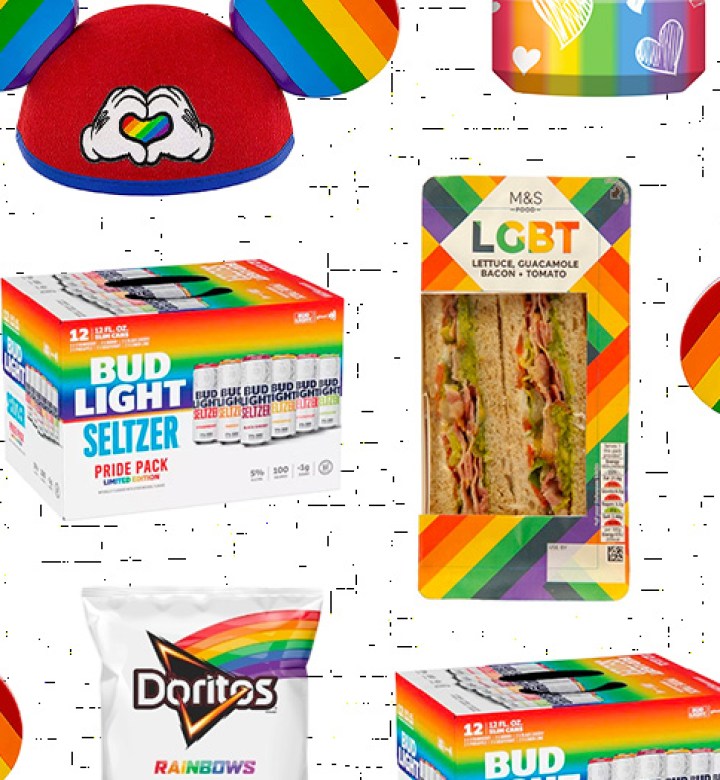 Rainbow-washing can take on many different forms

If you’re a consumer of pretty much any kind of media, you’ve almost certainly seen examples of rainbow-washing, which include:

That last one is particularly egregious, with brands expecting free labor for their Pride content from queer creators, many of whom—like writer, podcaster, critic and consultant Fran Tirado on Instagram—have opened up about hearing how there’s little no budget for Pride projects. (Often with the sugarcoated excuse that they’ll instead be paid in “exposure,” which does not pay bills and is exploitative and condescending.)

Corporate Pride waters down the idea of Pride in general

While it wasn’t the first time members of the LGBTQ+ community were harassed by the police, the Stonewall Riots are widely considered to have created Pride as we know it today. In late June of 1969, New York City police raided the Stonewall Inn, a gay bar in lower Manhattan. The raid sparked a riot among bar patrons and neighborhood residents, leading to six days of protests and bloody clashes with law enforcement. The point is that Pride had violent beginnings and throwing a rainbow sheen over your multibillion-dollar company for 30 days a year without putting your money where your mouth is is ignoring history. And no, no one is saying Pride has to be an entirely somber remembrance of the past—it’s a celebration, after all—but it’s a cheap marketing ploy to pay homage to the queer community without actually doing anything to benefit it.

Rainbow-washing allows corporations to distract from their anti-LGBTQ+ practices

Another huge issue with rainbow-washing is that it can distract from a company’s shady track records on LGBTQ+ issues. Last June, Congresswoman Pramila Jayapal (D-WA), highlighted the contradictory practices of a number of major corporations on her Twitter.

AT&T donated $56,295 to Mitch McConnell’s 2020 campaign — while he was actively blocking the Equality Act. But what a great Pride Twitter banner ?????? pic.twitter.com/qDeBzaGVo2

Popular Information, an independent newsletter dedicated to accountability journalism, looked at 25 corporations (including Comcast, AT&T and Walmart) that have changed their public avatars to include the Pride flag and found that those 25 corporations had collectively given more than $10 million in the previous two years to politicians who were involved in crafting or voting for legislation that would hurt the LGBTQ+ community.

Not only does propping up the LGBTQ+ community once a year water down the message of Pride, it also makes no sense from a business perspective. Why? The LGBTQ+ community spends a lot of money. Like, a lot. According to The Pride Co-op, an LGBTQ-focused market research and intelligence agency, the LGBTQ+ community is the fastest-growing minority segment in the U.S., with close to $1.4 trillion in spending power. Beyond that, the average income of LGBTQ+ households is approximately double the national average (nearly $130,000 for gay couples). Still, queer people are under-advertised to. A 2020 study by the Geena Davis Institute on Gender in Media found that only 1.8 percent of characters in ads from the annual Cannes Lions festival were LGBTQ (a decrease of .1 percent from the previous year.)

If you’re trying to figure out if a company is actually committed to helping the LGBTQ+ community and not just on the allyship bandwagon for June, consider:

You can also do your part by supporting small, queer-owned businesses, whether that means buying your makeup from a drag queen-owned beauty brand or stocking up on Pride merch from a nonbinary lesbian designer.

Now, this all isn’t to say that there are no benefits to rainbow-washing and corporate Pride. Think about, for example, a young queer kid living with homophobic parents or in a state that’s actively trying to take away their rights. They might feel invisible and hopeless when an Old Navy Pride ad pops up on their computer and, if only for a moment, they feel represented. Even if rainbow-washing is almost entirely performative, if one closeted kid sees themselves (or their dream self) and it makes them feel even a little bit optimistic, that seemingly empty gesture wasn’t entirely for naught.

So can we say that rainbow-washing is entirely a bad thing? No, but we can pressure companies to do more and focus on spending our money with brands that are actively and consistently trying to make the lives of LGBTQ+ individuals better.

The 18 Best LGBTQ+ Shows You Can Watch Right Now