Every Kind of Diamond Cut, Explained

So you’re looking for an engagement ring—congrats! Shouldn’t be too hard, you think. They’re all basically the same, right? Well…kind of. There are actually several options where cut (the style and shape of a diamond) is concerned. Here’s a handy guide to 11 of the most common diamond cuts, alongside photos of the most gorgeous rings on the planet. Enjoy.

From Royals to the Red Carpet, ‘Diamond Florals’ Are the Biggest Engagement Ring Trend 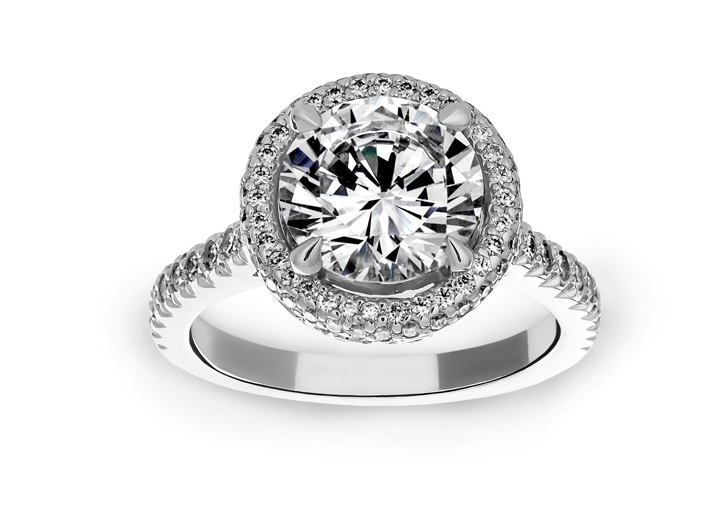 The most popular cut, round diamonds represent up to 75 percent of all diamonds sold. Because of the mechanics of their shape, round diamonds are often superior to more intricate shapes because they allow for proper reflection of light, maximizing the brightness. 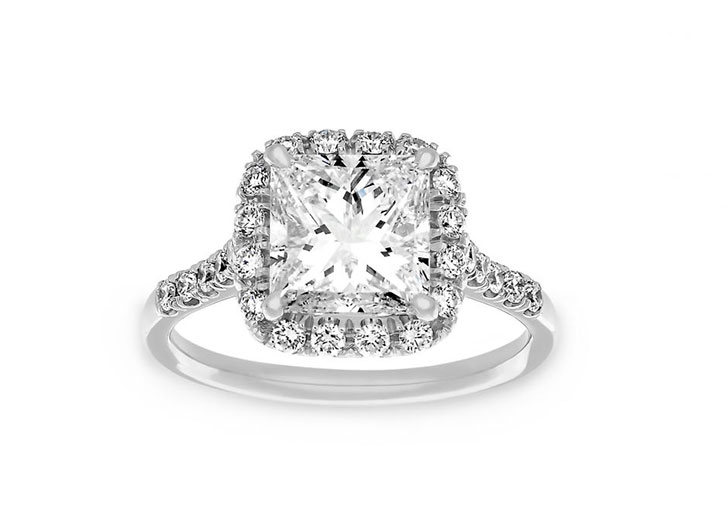 Second only to round cuts in popularity, princess cuts are a square or rectangle from the top but have a profile that looks like an inverted pyramid. Princess-cut diamonds emit a slightly different color than other cuts. The hue of other diamonds is displayed mainly in the center, but princess cuts show distinct color in the corners as well. Despite its current popularity, this cut has only been around since the 1960s. 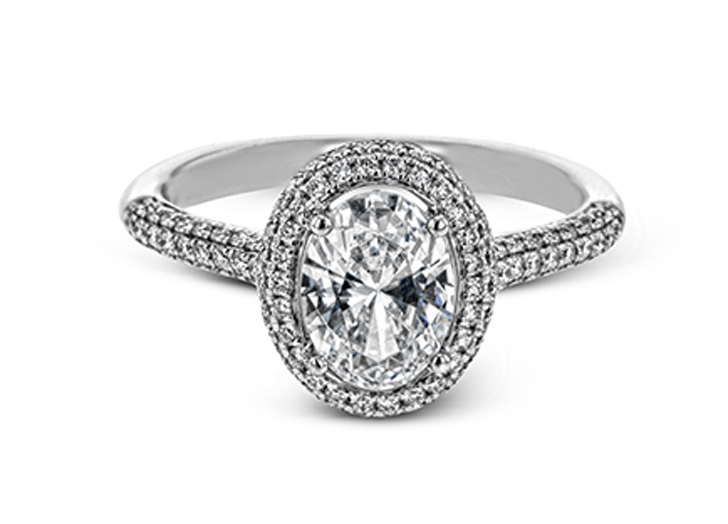 Considered sleek and modern, oval-cut diamonds are a cross between round and pear shapes. Similar to round cuts in terms of brilliance, oval shapes have the added bonus of making diamonds appear larger, because of their slightly elongated silhouette. No wonder Kate Middleton opted for this classic cut for her engagement ring. 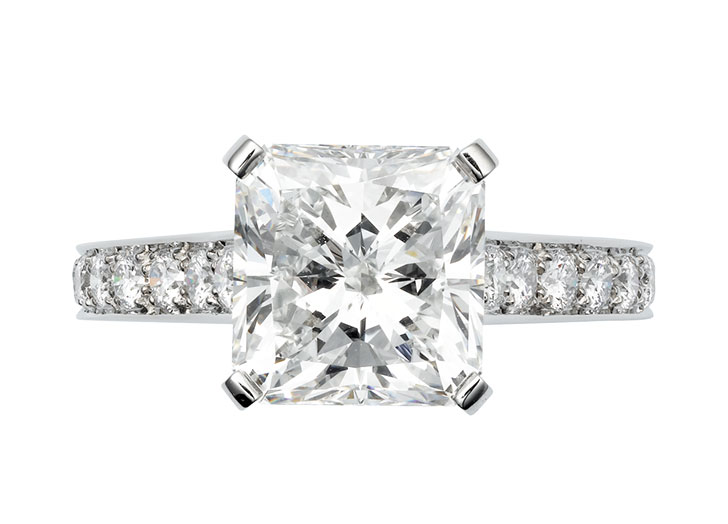 Featuring uniquely trimmed corners and belonging to the “brilliant cut” group (meaning their facets are designed specifically to enhance brilliance), radiant-cut diamonds are kind of a combination between emerald- and round-cut diamonds. Typically square-shaped, radiant diamonds look especially beautiful when placed in between other cuts. 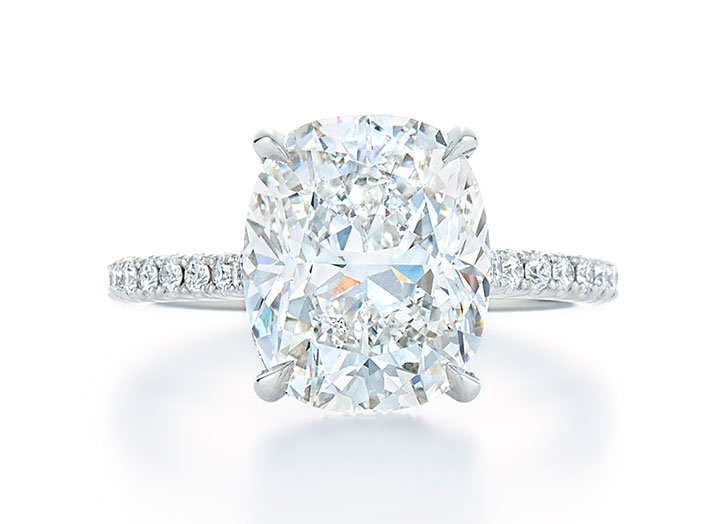 Cushion cuts have been around for almost 200 years, and are so named because their square cuts and rounded corners make them look kind of like pillows. Cushion-cut diamonds typically have impeccable brilliance and clarity, thanks to their rounded corners and larger facets. Need some cushion cut inspiration? Look no further than Meghan Markle's stunning engagement ring. (Well played, Harry.) 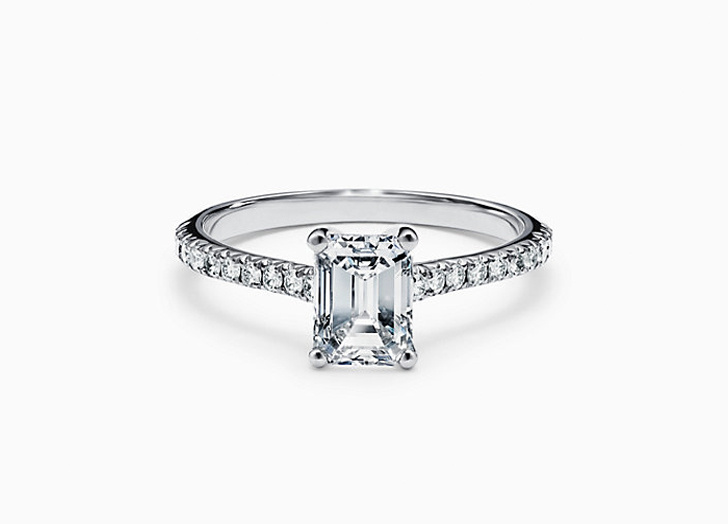 This cut is one of the more unique options available, largely because of its large, open face and the step cut of its pavilion (the bottom part of the diamond). Instead of the brilliance of rounder stones, emerald-cut diamonds produce a cool hall-of-mirrors effect. The large, rectangular tables (the flat part on top) allow emerald cuts to also showcase the diamond’s original clarity. 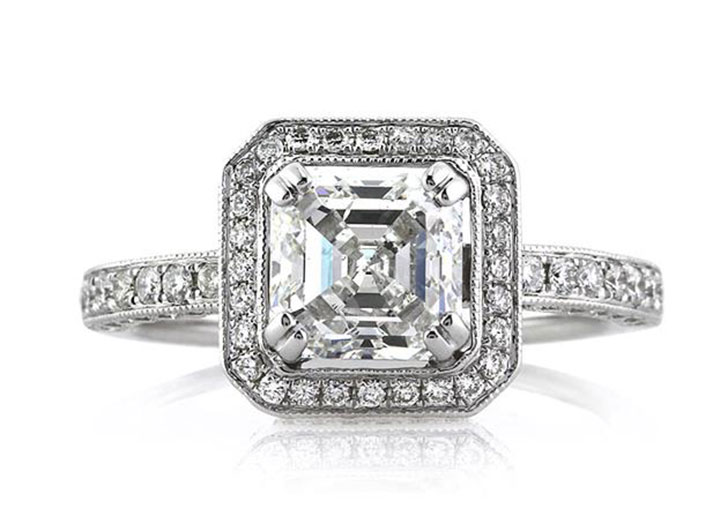 This one is similar to an emerald cut, with the exception that Asscher cuts are square instead of rectangular. Architectural in appeal, this cut tends to be featured in Art Deco styles that were first popular in the 1920s. 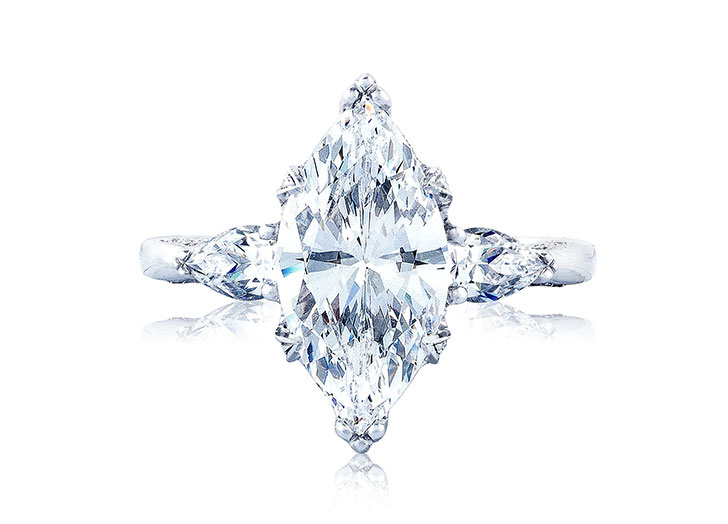 This longer cut goes by a few names, including football-shaped, eye-shaped or navette (meaning “little boat” in French). Marquise-cut diamonds have a tapered silhouette (sometimes even pointed) to create the illusion of a larger stone. 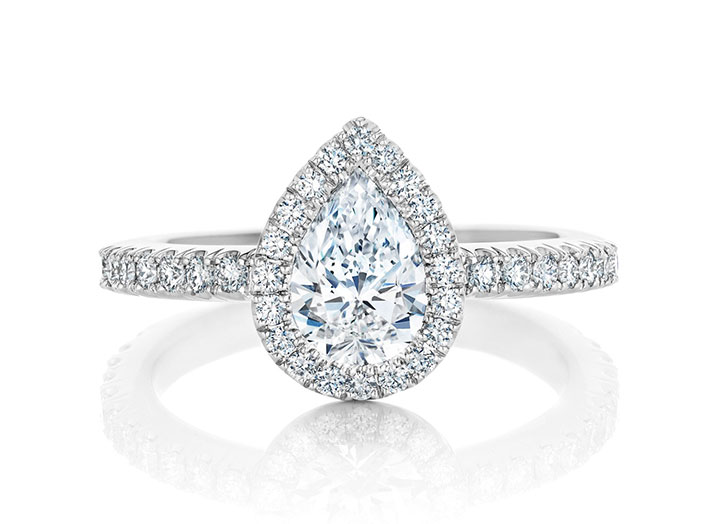 Also known as a teardrop cut, this style has one pointed end and one rounded end. Pear cuts are super flattering, since the elongated tip can create a slimming effect on the finger. (Psst...here’s how to pose your hands in photos—because, of course, you need a shot for the ’Gram.) 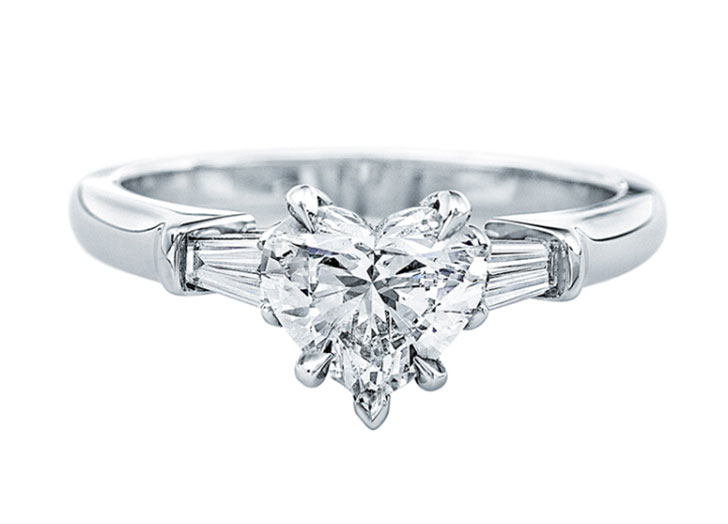 We think you get the idea here. Heart-shaped diamonds are, well, shaped like hearts. Keep in mind that if you’re interested in this style, you’re probably going to have to go higher in carat size since the heart shape is harder to perceive in smaller diamonds (especially after being set in prongs). 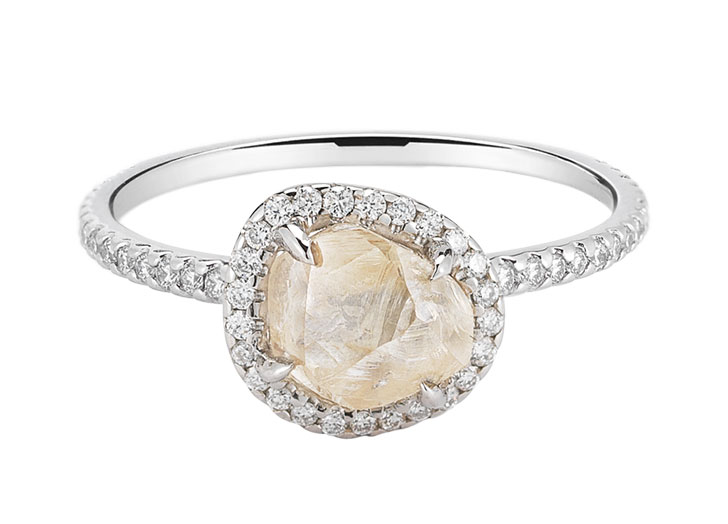 Diamond in the Rough

Uncut, or rough, diamonds are stones that have not been shaped by a professional cutter and have not undergone any polishing. Popular with non-traditional brides, they're often cheaper per carat, since the cutting process is complex and expensive.

5 Ways to Properly Care for Your Engagement Ring

weddings
by Dara Katz
Is the Wedding Hashtag Over?
weddings
by Michaela Magliochetti
9 Wedding Trends You're About to See Everywhere in 2023
weddings
by Catrina Yohay
9 Random-but-Useful Things Real Brides Swear By to Survive Wedding Planning
weddings
by Abby Hepworth
Yeehaw! The Fall Wedding Trend We Didn't See Coming
weddings
by Olivia Dubyak
16 Comfortable Wedding Shoes That You Won’t Have to Kick Off Mid-Reception
weddings
by Stephanie Sengwe
45 of the Best First Dance Songs to Kick Off Your Reception