Where Is ‘Stranger Things’ Filmed? Turns Out, Not in Indiana

Still no word on when exactly we will be getting the latest season of Stranger Things, but we’re trying to remain optimistic that it'll be soon. In the meantime, we’ve got a handful of burning questions. Like who is returning for season four? And where was Stranger Things filmed? Keep reading for everything you need to know. 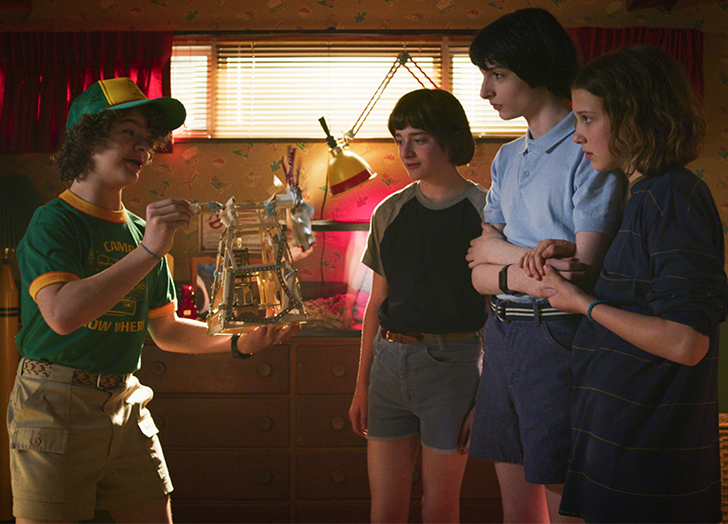 1. Where is Stranger Things Filmed?

Despite the series taking place in Hawkins, Indiana, (and by the looks of the season four trailer, partially in Russia), the show is actually shot in Georgia. Production began scouting in areas of Georgia before they settled on the towns of Jackson and Atlanta. Various places serve as pivotal locations for the show including its major landmarks. For example, Emory University serves as the Hawkins National Laboratory. The former Patrick Henry High School was used for Hawkins Middle School and Hawkins High School.

Surprisingly, the Hawkins Starcourt Mall (a major setting for season three) is a real mall just outside Atlanta, Georgia. Because the mall had been largely been abandoned, the production team rebuilt dozens of storefronts to make it look like a mall functioning in the ’80s.

2. Is Hawkins a real place?

Nope, it’s fictional. Series creators, the Duffer Brothers, made up the town after high production costs prevented the duo from giving the series a coastal setting of Montauk, New York. “We started to talk a lot about Castle Rock, Stephen King’s fictional town (in Maine),” Matt Duffer previously told IndyStar. “We thought, ‘How cool would it be to create our own fictional town?’ Then we're not bound by anything in the real world. We could do whatever we want." 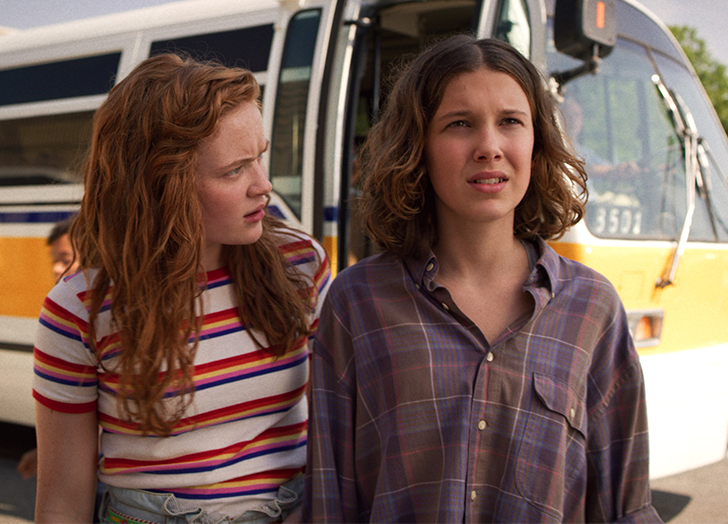 The show’s official synopsis reads: “Set in 1983 Indiana, where a young boy vanishes into thin air. As friends, family and local police search for answers, they are drawn into an extraordinary mystery involving top-secret government experiments, terrifying supernatural forces and one very strange little girl.”

5. What is season four about?

We have several questions after the season three finale: Like what exactly happened to Hopper? And how did the Russians get their hands on an American hostage…and a Demogorgon? And while we don’t know the exact storyline, Matt and Ross Duffer have opened up a little bit about what we can expect.

According to Ross, the new episodes will not only be “very different,” but they’ll also tie up loose ends.“We have the big broad strokes. It’s just now about filling in those lines in the details,” he told Entertainment Weekly. “We’re pretty excited about where it’s potentially going to go. Again, like we said, it’s going to feel very different than this season. But I think that’s the right thing to do and I think it’ll be exciting.”

The brothers also shared a photo on Twitter, featuring the title of the first episode: “Chapter One: The Hellfire Club.”

6. When will the next season of Stranger Things be on Netflix?

Unfortunately, Netflix hasn’t yet mentioned when Stranger Things 4 will be available for streaming.

However, the creators revealed over the summer that they are hoping to resume production in the fall (no word if that’s started yet). “For the first time, we have all the scripts written and we're able to look at it as a whole piece and make adjustments,” Ross said in a statement, according to E!.

So, we’re crossing our fingers for sometime in the not-too-distant future.