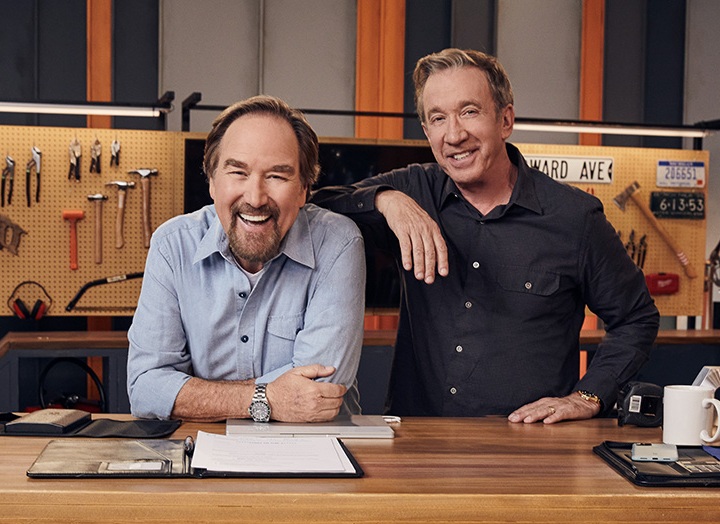 Home Improvement stars Tim Allen and Richard Karn are re-teaming up for another project—but this time, they’re taking on the wacky world of reality TV.

Last night, the pair’s all-new show, Assembly Required, premiered on History Channel. Although there’s only one episode (at least for now), there’s no denying that it features the comedy duo at their best.

Assembly Required documents talented builders as they reconstruct everyday items in their home workshops. The goal of the competition series is to push the contestants to their limits in an attempt to determine who’s capable of rising above his/her fellow competitors. In each episode, Allen and Karn also educate viewers on the history of each item, along with the techniques used by the builders.

The first episode of Assembly Required is now available for streaming on History.com, but it requires a cable login. No credentials? No problem. The show can also be accessed via multiple streaming services, including YouTube TV, Hulu + Live TV, Philo, FuboTV, AT&T TV and Sling TV. Each option offers a free trial, just in case you aren’t keen on committing to a subscription package.

One thing’s for sure: It’s tool time!

Assembly Required airs on Tuesdays at 10 p.m. on History Channel.