Will the Sussexes Appear at the Platinum Jubilee? Not Unless Security Is Resolved, Says Royal Expert

There’s been a lot of discussion recently about whether or not Prince Harry and Meghan Markle (and their children, Archie and Lilibet) will return to the U.K. for the queen's Platinum Jubilee celebrations this upcoming June. But their attendance isn’t necessarily riding on an invitation, it’s about security—an issue that has yet to be resolved.

This week, royal expert and co-author of Finding Freedom Omid Scobie dropped by the Royally Obsessed podcast (you can listen to the episode here) to share his take on whether or not we can expect to the see the Duke and Duchess of Sussex as this historic occasion. 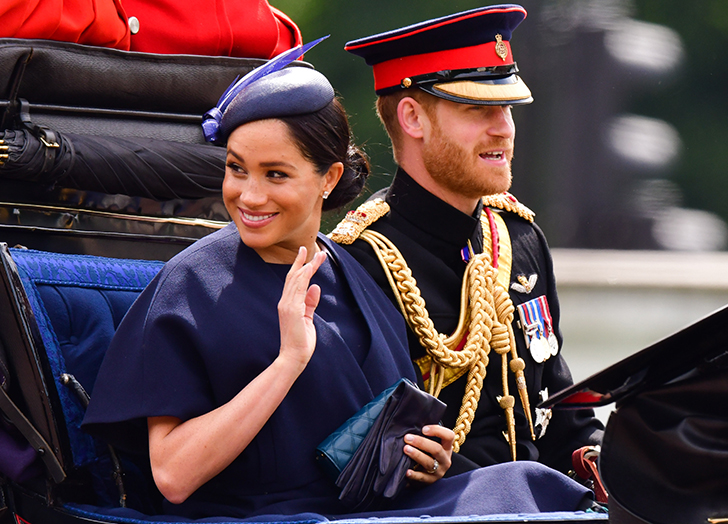 “A year ago, I’d been told that there would never be that balcony moment. That the couple wouldn’t be joining in the festivities in the same way that working members of the royal family would,” he said. “However, they did want to take part in some of the moments that were more appropriate for non-working members of the royal family, such as the Thanksgiving service for the queen at Westminster Abbey.”

But per Scobie, now this all hangs in the balance because of the security saga Harry is dealing with.

“Whether that can be dealt with [before June] is sort of up to the court right now,” Scobie explains. “Although Harry—and Meghan and the children—will always be [given police protection] for those moments where he’s there in an official capacity, if they come to the U.K., it’s going to obviously be more than one day of Jubilee engagements. They’ll be here for an extended period of time and will want to feel safe during that. And as Harry said, he doesn’t.”

Still, for the public—and a year after the infamous Oprah Winfrey interview—there’s a lot at stake for the royal family. “I think that it’s a real shame if [they can’t join] because I think sometimes all it takes is those picture moments where you can see the couple co-existing alongside the rest of the family for others to move on from this story of a fractious relationship that has existed for so long,” Scobie says. “It would be nice to see everyone moving past that, but now we’re down to logistical problems, and I don’t know if we’ll beat them in time.”

T-minus three months to the Jubilee.

For more from our interview with Omid Scobie, listen to the Royally Obsessed podcast with co-hosts Rachel Bowie and Roberta Fiorito. Subscribe now or follow us on Instagram @royallyobsessedpodcast.

No, Prince Harry’s Memoir Won’t Be a ‘Burn Book’ on the Royal Family, According to Royal Expert