3 of the Most Surprising (and Candid) Royal Family Moments Ever, According to Royal Photographer Chris Jackson

There are certain royal moments we don’t plan on forgetting anytime soon. For example, Prince William and Kate Middleton’s wedding, Prince Louis’s birthday portraits and even Prince George’s tumble down a grassy hill.

The same goes for professional photographer Chris Jackson, who has made a living by taking photos of the royal family and other celebs. (He recently captured Prince Harry and Meghan Markle’s first public outing post-resignation.) Jackson appeared on an episode of the Royally Obsessed podcast, where he chatted with hosts Rachel Bowie and Roberta Fiorito about three candid moments that caught even him by surprise.

Keep scrolling for Jackson’s favorite royal photographs of all time. 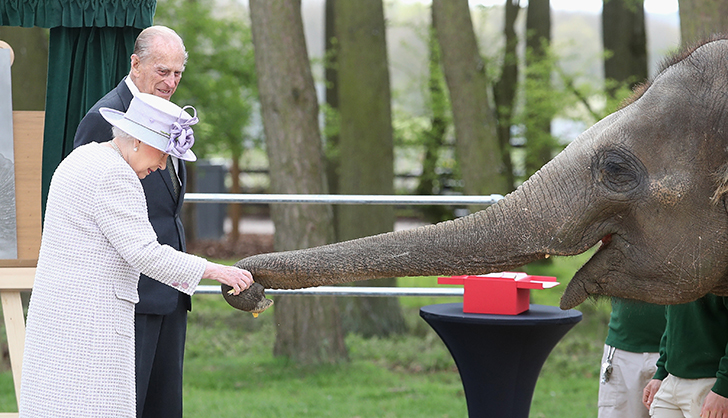 1. When The Queen Fed An Elephant

Remember when Queen Elizabeth fed a banana to an elephant named Donna at the ZSL Whipsnade Zoo? Well, Jackson confirmed that he wasn’t expecting the monarch to go there.

“I was excited, but I didn’t really know what to expect,” he said. “When we got there, it transpired that the queen might be near an elephant. That was quite exciting, that was an unusual thing to photograph. And then the fact that the queen fed the elephant…”

Jackson revealed that his favorite pic was taken after the queen gave Donna her first banana. “Donna had one banana and then sort of stretched her trunk out, keen to snatch another banana,” he continued. “I have a shot of her actually feeding the banana to the elephant, but what I loved was the next frame on—or the next moment—where her trunk was outstretched.” 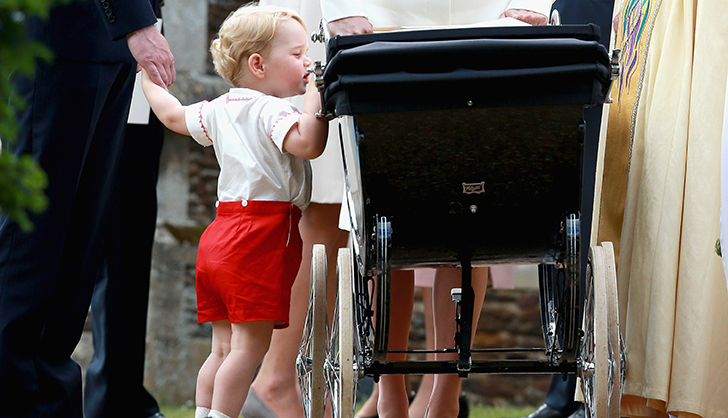 At Princess Charlotte’s christening, Prince George was photographed peering into his little sister’s carriage. The photo immediately went viral and has remained a treasured snap among royal aficionados, according to Jackson.

“Sometimes images really resonate, and that was one of those ones—that makes you smile, or it makes you unhappy. You know, they make you burst into hysterics. But if it generates some kind of response in the person looking at it, then you’ve sort of done your job. That was one of those pictures,” he explained. 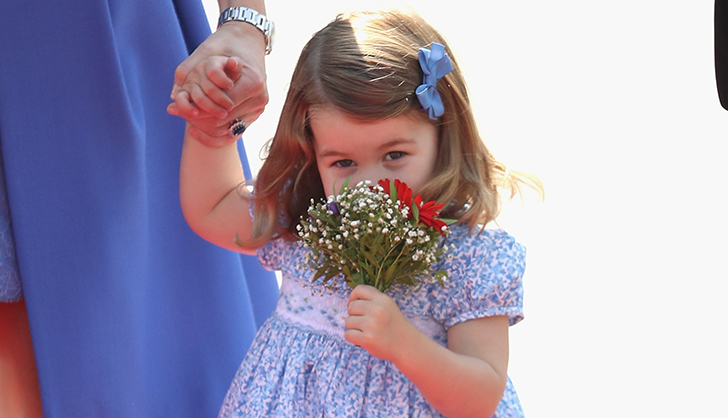 3. When Princess Charlotte Stopped To Smell The Flowers

Back in 2017, the Cambridge family arrived at the Berlin Tegel Airport during an official visit to Poland and Germany. When Princess Charlotte was given a bouquet of flowers, she wasted no time burying her face in them. Jackson snapped the now-famous photo before applauding the young royal’s innocence.

“The first thing she did was take a big sniff. Because that’s what you do. Why wouldn’t you?” he said. “I just loved that. It was lovely and sort of naïve and unexpected.”